Elkhart Lake, Wis. —August 7, 2022 – The longest circuit on the 2022 IMSA WeatherTech season provided a wide-ranging test of Michelin performance as the race conditions evolved from damp to wet to dry on the high speed, high-load 4.048-mile Road America circuit.

“The level of commitment by the drivers in the changing conditions, knowing that they will get Michelin performance regardless of their tire selection reflects their trust and confidence in us and is something that we work every day to earn and maintain,” said Anzalone. 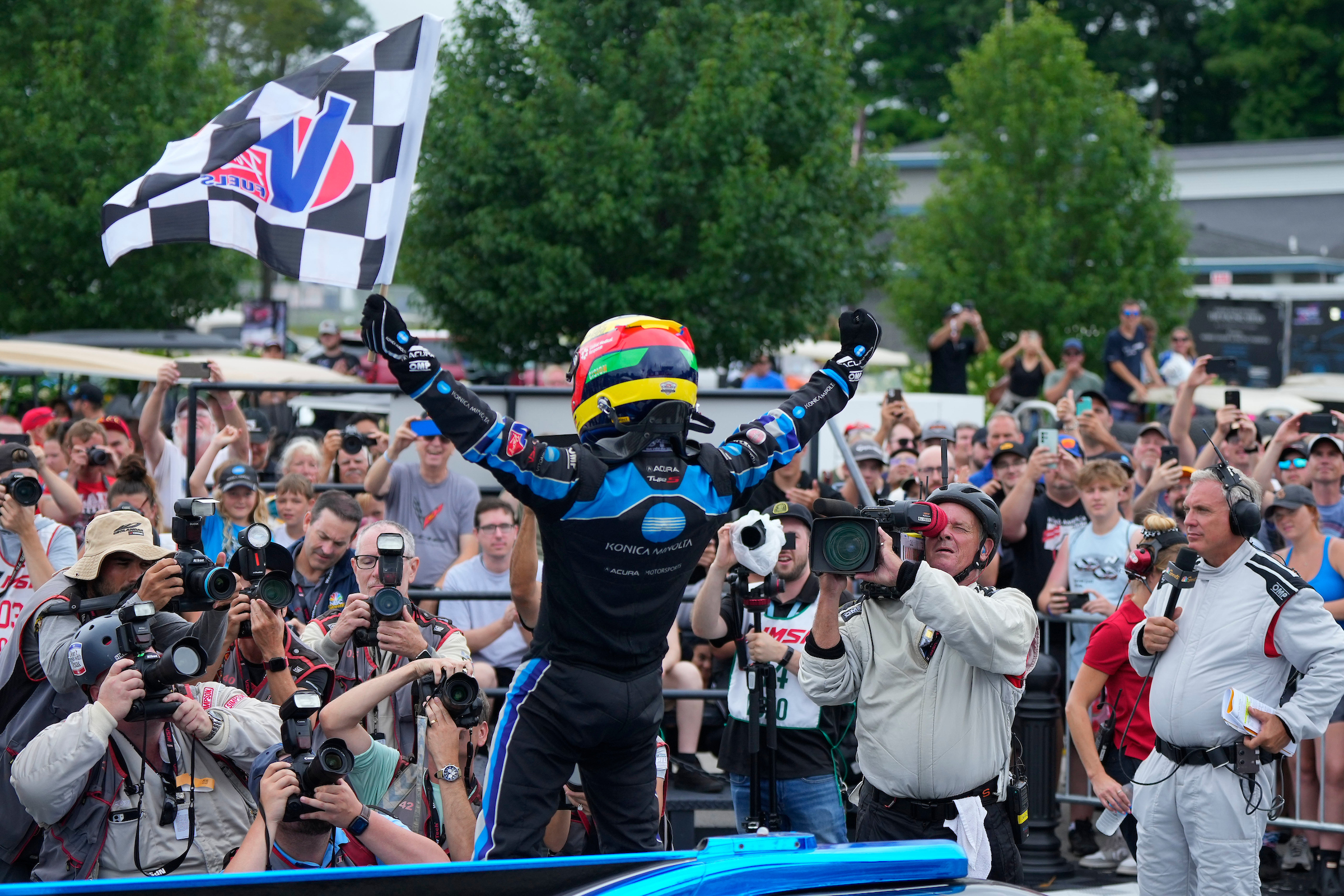 Filipe Albuquerque passed Oliver Jarvis of Meyer Shank Racing with tires in the grass during the final stretch of the race to give teammate Ricky Taylor and Wayne Taylor Racing the overall win. The No. 10 Acura didn’t change tires during their last pit stop, double stinting the MICHELIN® tires. The No. 02 Chip Ganassi Cadillac took second and the No. 01 Chip Ganassi Cadillac finished third. The championship race is now tightened in DPi between Meyer Shank Racing and Wayne Taylor Racing. 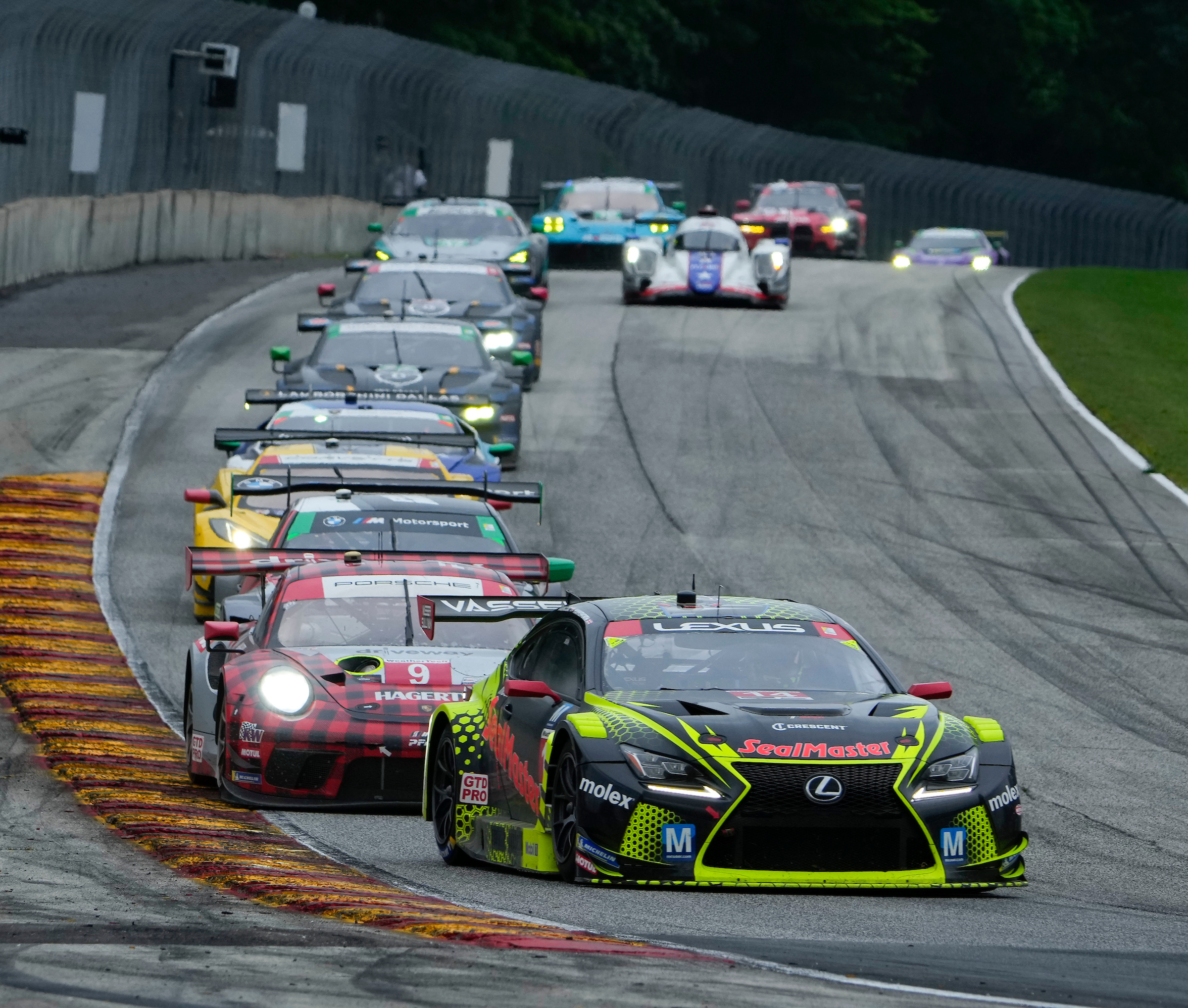 Jack Hawksworth and Ben Barnicoat held off the No. 9 Porsche 911 of Pfaff Motorsports to give Vasser Sullivan and Lexus the win in GTD PRO. Pfaff took second while No. 3 Corvette Racing finished third.

Winward Racing with drivers Russell Ward and Philip Ellis aboard took the checkered the No. 57 Mercedes-AMG to get its first victory of the 2022 season. The No. 39 Lamborghini Huracan of Peregrine Racing finished second and Vasser Sullivan in the No. 12 Lexus RC F took the last spot on the podium.

Dwight Merriman and Ryan Dalziel finished on top of the podium for No.18 Era Motorsport in LMP2. No. 8 Tower Motorsport took second with High Class Racing scoring third.

Gar Robinson and Felipe Fraga drove No. 74 Riley Motorsports took the victory in LMP3. No. 13 AWA finished runner-up and No. 54 CORE Autosport closed the day out in third. 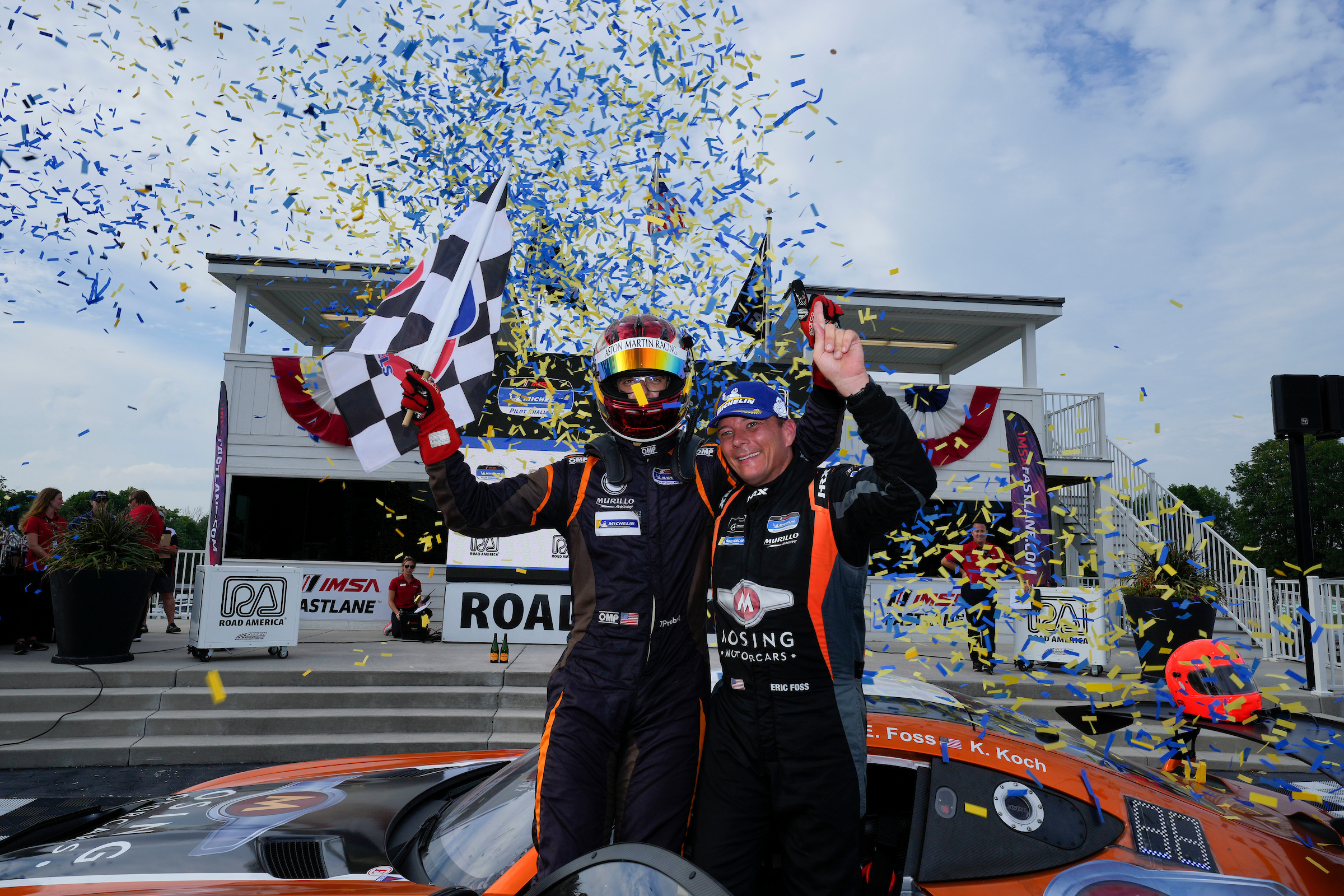 Kenton Koch wheeled the No. 56 Mercedes-AMG to the lead with just minutes remaining giving Murillo Racing and teammate Eric Foss the GS victory in the Michelin Pilot Challenge Race. Tim Lewis drove the No. 5 Alfa Romeo Giulietta Veloce to the front of the TCR field in the final laps. This marked the third win of the season for KMW Motorsports. Winners of the Michelin Moment of the race included the No. 66 Porsche 718 of Kelly Moss in GS and the No. 5 in TCR–both for strategy calls. 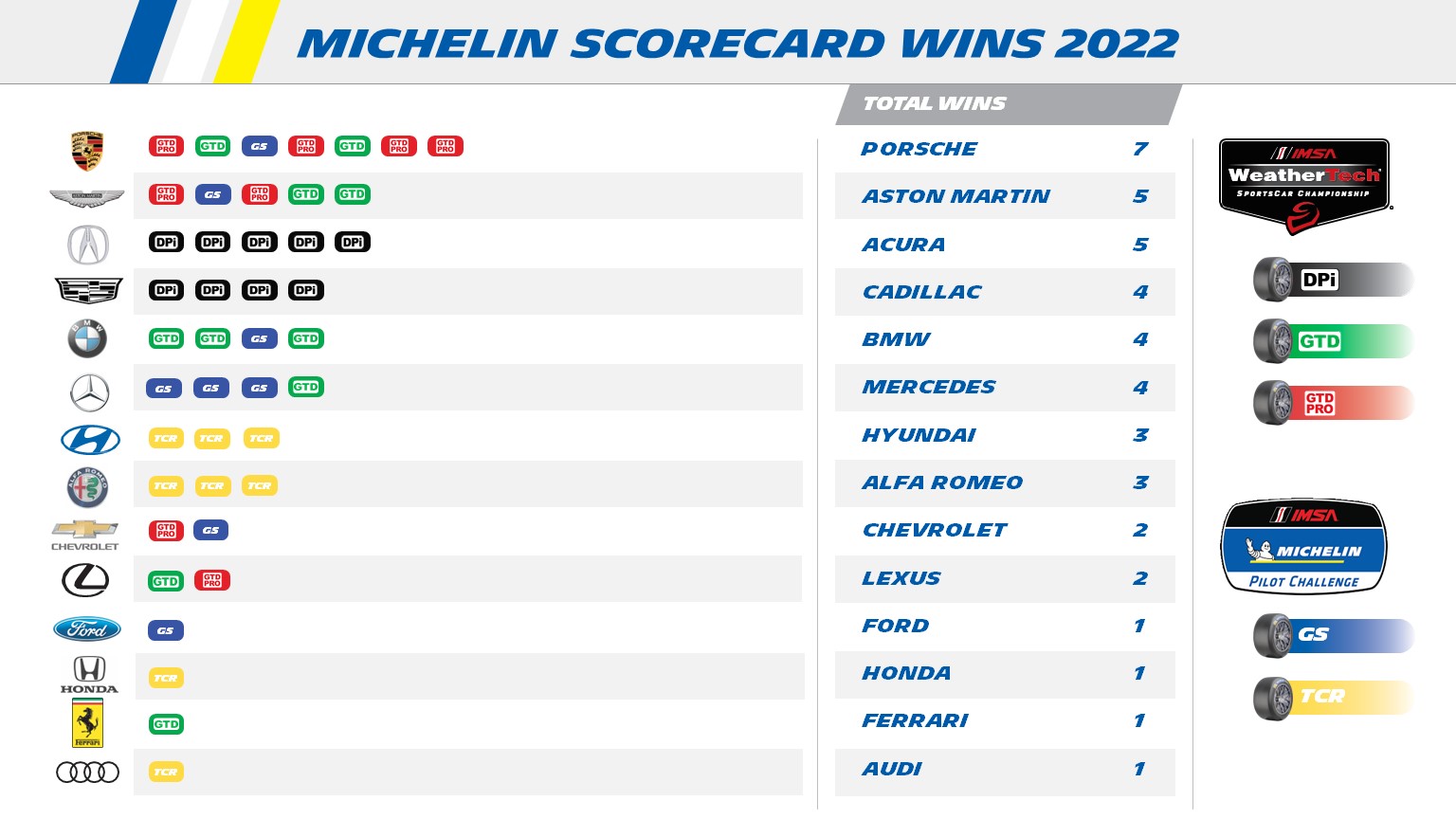 Michelin has created a scorecard showcasing the breadth of manufacturer success in IMSA. 14 manufacturers have won so far during the 2022 IMSA season with all 17 reaching the podium. Mercedes-AMG was the biggest mover at Road America with two wins across GTD and GS. Below is the Michelin Scorecard. 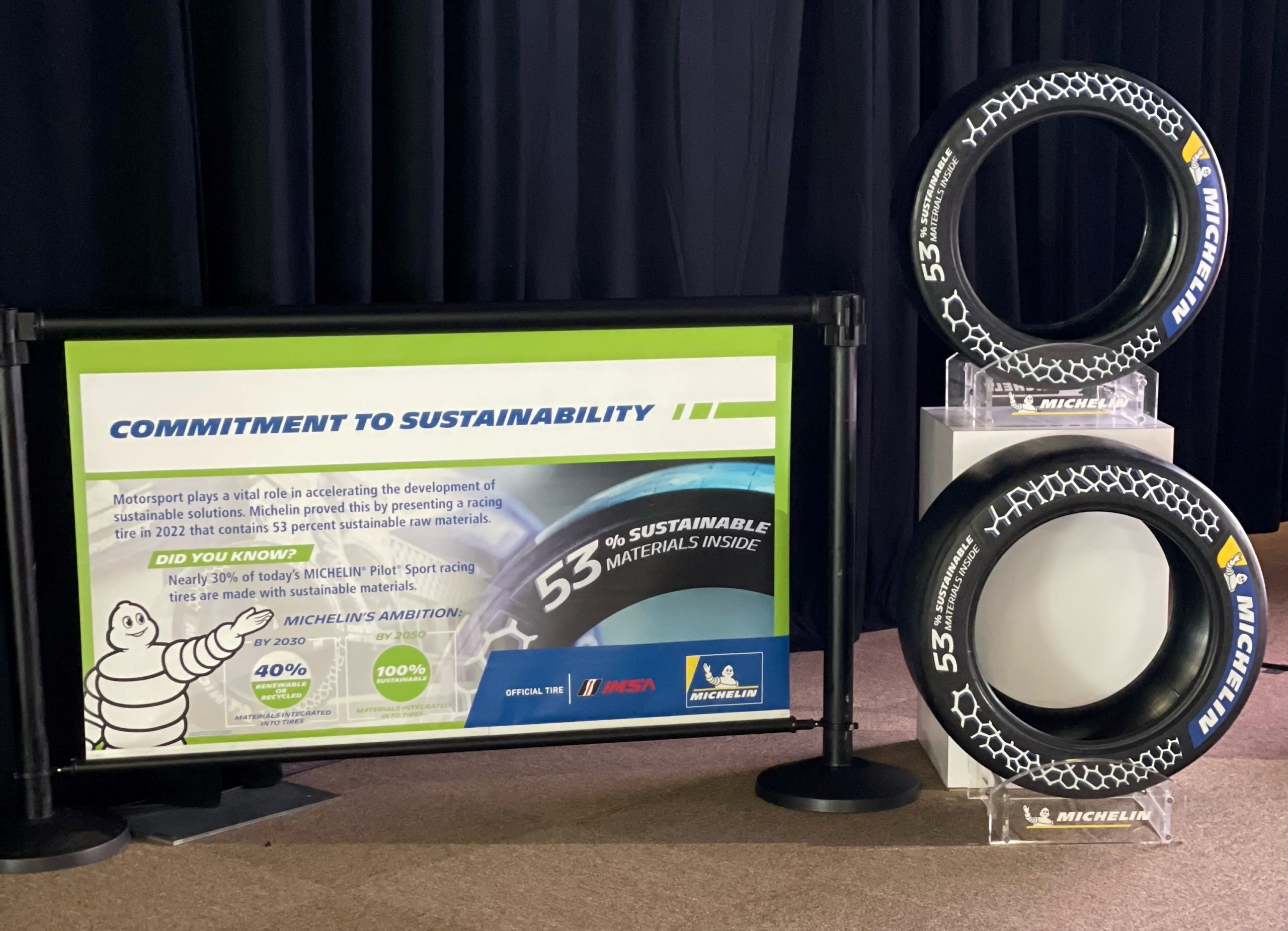 Motorsport plays a vital role in accelerating the development of sustainable solutions. Michelin proved this by presenting a racing tire in 2022 at the 24 Hours of Le Mans that contains 53 percent sustainable raw materials. The tire was onsite at Road America for the IMSA State of the Sport.

The 2022 IMSA WeatherTech Sports Car Championship now heads to VIRginia International Raceway in Alton, Virginia for the Michelin GT Challenge. The race is Sunday, August 28th and can be seen on USA and Peacock at 2:00pm ET.