Testing occurred with a two-day, series-operated test at Sebring on March 8 and 9. Teams took delivery of their cars in mid-February.

Official series details about the 35-car field and two-race format are linked here, via Porsche’s Press website. The two races are Thursday at 5:30 p.m. ET and Friday at 10:10 a.m. ET.

Additionally, here is this week’s Michelin IMSA Insider for Sportscar365.com on the series debut.

Many of the drivers set to compete are young chargers, who are growing upward in their sports car careers.

Here are some of the drivers to watch in the Pro and Pro/Am categories that are running the new generation 992 car and may vie for overall race victories in the global debut of this new car. 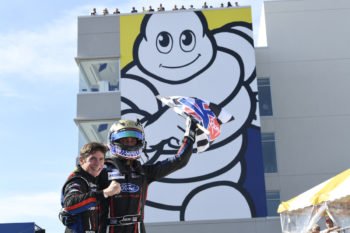 He won on his series debut at Michelin Raceway Road Atlanta in 2019, sharing a Ford Mustang GT4 with Austin Cindric (left).

His first full season in 2020 was interrupted by both the COVID-19 pandemic and a rotation of co-drivers, but he still scored another podium at Road Atlanta with second place in the four-hour race there held in September.

With Kelly-Moss Road & Race, a perennial Porsche series championship contender, the son of veteran touring car champion and sports car racer Andy Priaulx has a bright future ahead of him. 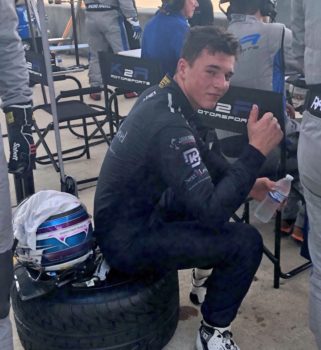 The young Dutchman hasn’t raced much in North America, but he’s impressed in limited outings, including both times he’s raced at Sebring. A pole winner at the inaugural Michelin IMSA SportsCar Encore in 2018 and a top-five finisher in both that and the 2019 races, he’s gained good experience. 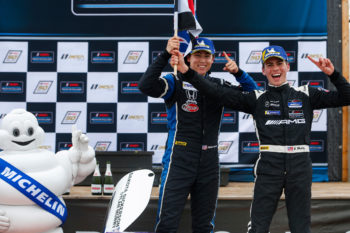 The Georgian turned 20 in 2020 and has rapidly evolved his career, with a similar trajectory and story as Priaulx. He’s the son of another sports car veteran, David Murry, and is already an IMSA race winner.

The younger Murry has three IMSA MICHELIN Pilot Challenge GT4-spec wins, all coming in four-hour races at Watkins Glen (in mixed conditions), Sebring (non-points Encore) and Daytona within a seven-month span. He also has an IMSA Prototype Challenge win at Mid-Ohio in 2019 (left).

Murry’s advanced significantly in 2021. A new Porsche Junior driver, he’ll be in a BGB Motorsports entered Porsche in this series, with teammate Thomas Collingwood in a second Pro BGB entry. Additionally, he and Jim Cox will share a Riley Ligier JS P320 LMP3 car in the WeatherTech Championship, 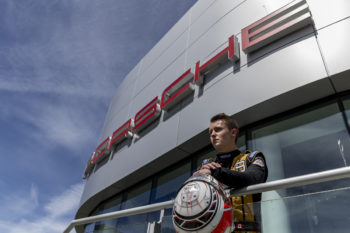 Despite having just turned 23, Thompson has been actively racing in the U.S. for more than half a decade in junior open-wheel series. He has dabbled in sports car racing with Porsche the last two years. He will dive in head-first into 2021 with Canadian countryman, Jeremy Dale and JDX Racing.

The Canadian connection is amplified thanks to support from Porsche Cars Canada, Ltd. Open-wheel drivers have contended for championships in Porsche GT3 Challenge series before; notably Spencer Pigot and Scott Hargrove in the mid-2010s in Canada. Thompson has the pedigree, lineage and focus to follow nicely in their footsteps.

Last year’s Porsche GT3 Cup USA champion clearly knows how to win. He’s a late add to the field for the season opener in one of the MRS-GT cars. The Canadian also has WeatherTech Championship GTD experience with Compass Racing.

We’re putting these three together because they’re the 2018, 2019 and 2020 IMSA Hurley Haywood GT3 Cup Scholarship recipients. Root will be in a Moorespeed-Wright Porsche, McAlister in one of JDX’s entries and Dickinson in one of the Hardpoint EBM cars.

They’re all young, hungry and capable. Dickinson and McAlister were second and third in the 2020 Porsche GT3 Cup USA series behind Kingsley. Meanwhile Root was second and Dickinson third in 2019 behind Roman de Angelis.

The 311RS Motorsport team announced Keen and Gates in a pair of red Porsches. They represent one of the more intriguing pairings on the grid.

Keen is not only one of the tallest drivers in the sport, but also one of the most successful. A past GT class champion racing for the legendary Brumos Porsche team, he’s back for a full season this year after dabbling in other areas of motorsport in recent years. He’s been a presenter on NBCSN’s “Proving Grounds” and developed “The Keen Project,” converting Porsche 911s into “Safari” versions.

Gates has won with Porsche’s 911 GT2 RS Clubsport model in another series. In 2021, he transitions into the IMSA world.

A son of IMSA race winner Danny McKenna, another next generation driver steps up to this level of Porsche single-make competition. His No. 88 Wright Motorsports entry will feature a tribute livery to the Alex Job Racing raced by his father in the 2000s, which featured the McKenna Porsche dealership.

The Californian has a mix of Porsche, prototype and junior open-wheel experience under his belt. He’ll fly the flag for Topp Racing in the Pro class.

Puerto Rican driver Carazo, 22, is a past Gold class champion in Porsche GT3 Challenge USA. He is part of the Kelly-Moss fleet of drivers. He’ll look to continue his growth and maturation in the Pro class this year.

Metni, a Pro/Am driver, has advanced his stature in Porsche Cup competition over several years. He has posted consecutive top-five finishes in the championship in 2019 and 2020.

The veteran driver with Black Swan Racing has competed in a variety of Porsches over his career and has a 12 Hours of Sebring class win on his resume, 10 years ago in 2011. He’ll run a JDX Racing prepped-car in Pro/Am.