Long before “hacking” became the nightmare that kept corporate IT professionals awake at night, young Oliver Gavin experienced the most memorable “hack” of his distinguished racing career.

A former British Formula 3 series champion and McLaren Autosport Young Driver of the Year award winner, Gavin, a native of Cambridgeshire, England, was in France helping the Renault F1 team conduct some straight-line and development testing. After trying to get the F1 seat fitted just right after a couple of previous adjustments; he asked the team for yet one more update.

While the race cars were high tech, the process by which race seats were made was then not. A large, black plastic garbage bag was placed inside the car. The “part A” and “part B” chemicals were mixed and poured into the bag as Gavin settled inside the cockpit.

There was just one catch. “They started pouring and kept on pouring – way more than I was expecting,” said Gavin. “As the foam started to form it quickly engulfed me in the cockpit. I was stuck in the car. There was foam everywhere. They had to free my hands from the steering wheel.”

The team mechanics were all having a big laugh. One of them handed Gavin a hacksaw blade to cut himself out of the cockpit while they headed to lunch! “It took me nearly an hour and a half to cut myself out,” laughed Gavin.

Since joining Corvette Racing in 2002, Gavin, now age 42, has been fitted for a lot of seats and helped the team find solutions to the endless cycle of racing challenges. Along the way he has claimed 38 GT race wins and four class championships at the 24 Hours of Le Mans.

In 2014, the debut of the new Corvette C7.R produced four wins for Corvette Racing’s Jan Magnussen and Antonio Garcia, but surprisingly none for Gavin and co-driver Tommy Milner who had taken four wins and the 2012 ALMS GT Championship and a pair of wins in 2013. Opening the 2014 TUDOR United SportsCar Championship with the two longest races in the series, the Rolex 24 At Daytona and the Mobil 1 Twelve Hours of Sebring, the new Corvettes showed speed, but experienced teething problems.

“We were quick here at Daytona and at Sebring with the new car last year but ran into some of the inevitable mechanical new car issues,” said Gavin.

Indeed, Gavin set the fastest GTLM race lap at Sebring and Milner did the same at Long Beach, but the two were winless in 2014.

Magnussen and Garcia went on a mid-season tear, scoring four consecutive TUDOR Championship GTLM Class wins before the dreaded Adjustment of Performance (AOP) changes reeled the Corvettes back to the GTLM class mid-pack.

Any disappointment over the 2014 season is long since passed as Gavin, Milner and the fabled Corvette Racing team find further refinement’s, car set-ups and adjustments for 2015. 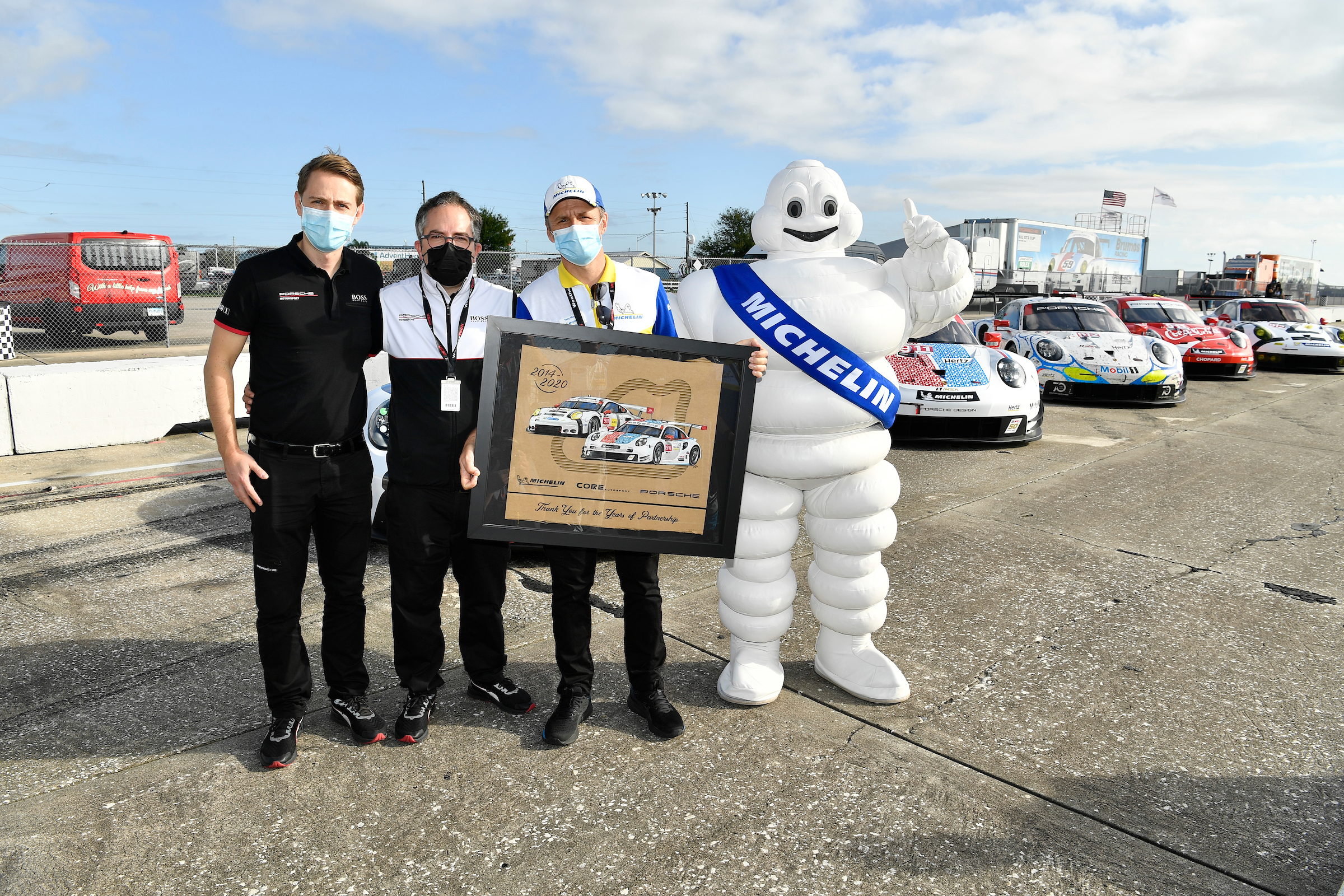