Welcome to the Mid-Ohio Sports Car Course for the seventh race weekend of the 2020 IMSA season.

This is the busiest weekend of the year for Michelin’s three IMSA race series. There are four IMSA races, with a pair of MICHELIN Pilot Challenge races (Rounds 6 and 7) in addition to the ACURA SportsCar Challenge for the WeatherTech Championship (Round 7) and penultimate race of the Prototype Challenge season (Round 5).

Linked below are Michelin specific items in advance of this weekend’s races:

Porsche has announced the Carrera Cup North America for 2021, where its and Michelin’s relationship continues to grow.

The IMSA Fan Guide this race looks at the midway point of the IMSA season. A mix of Michelin stats and nuggets are included.

The digital piece PDF link is below, and also in the Fan Guide which can be picked up around the circuit. 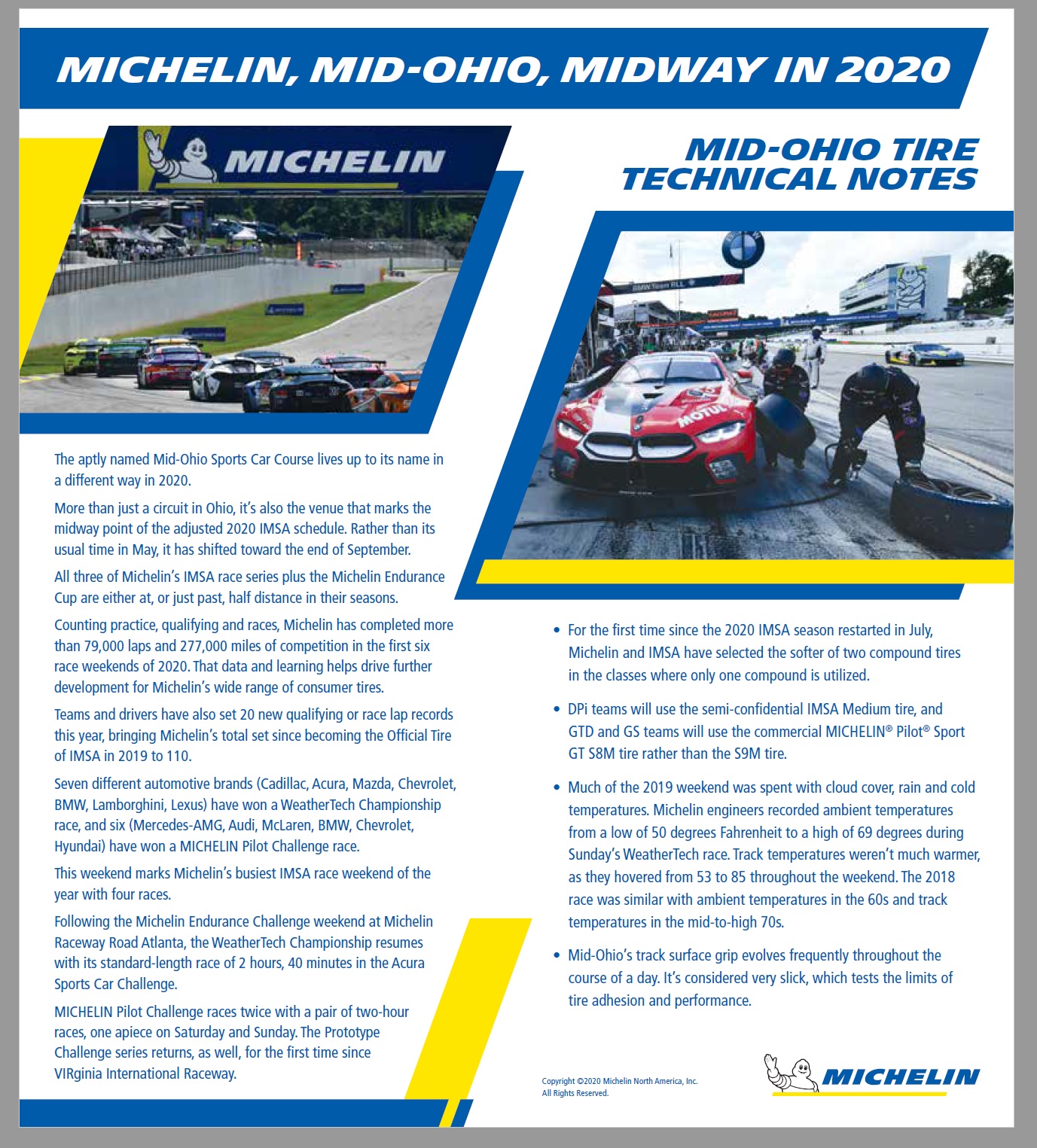 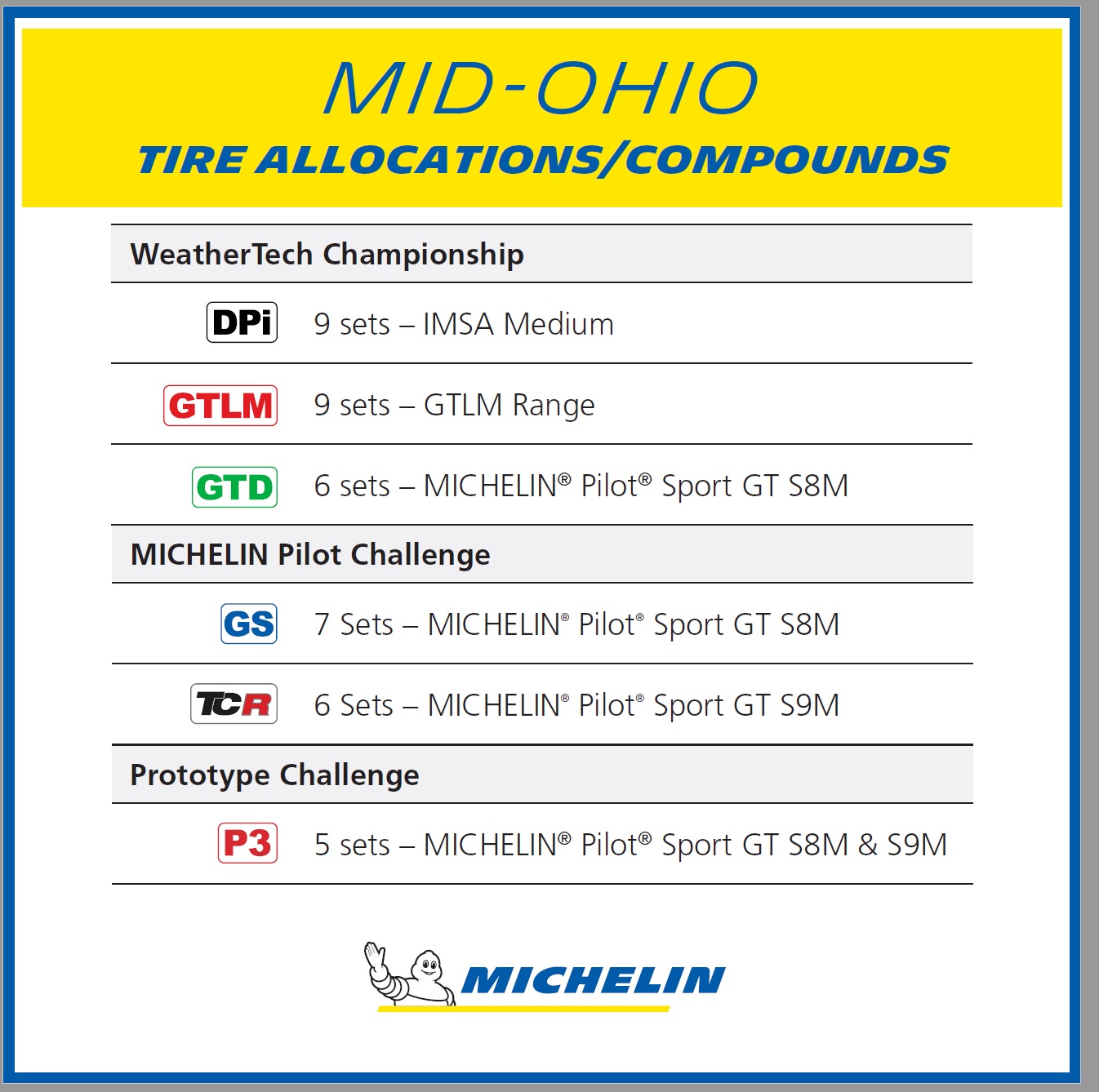 Some key Michelin motorsport items in IMSA are also produced below. These include:

Where and when to watch on NBC and TrackPass on NBC Sports Gold. The WeatherTech Championship race is live on TrackPass Sunday at 2 p.m. ET, and airs on a same day delay at 11 p.m. ET on NBCSN. 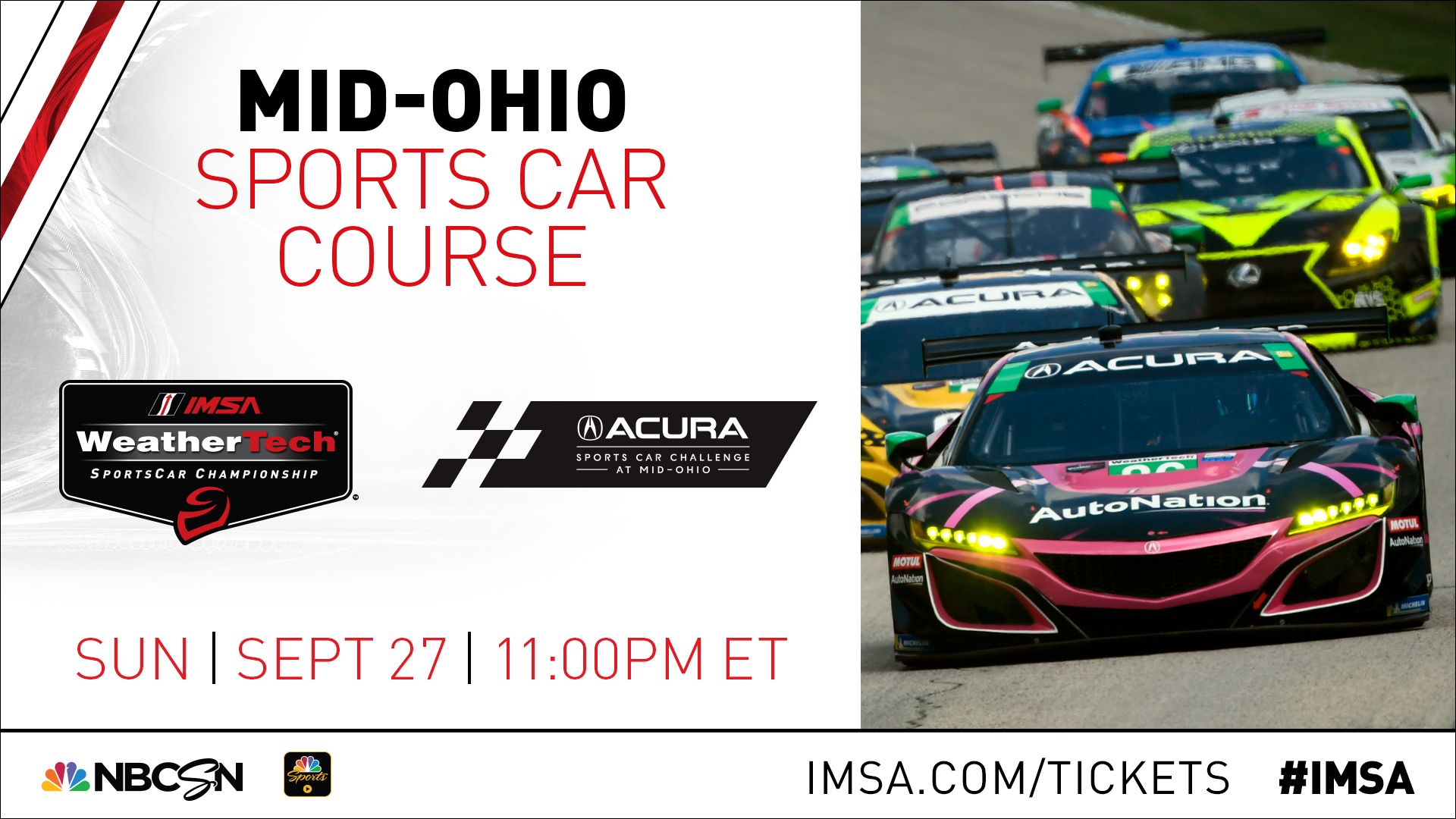 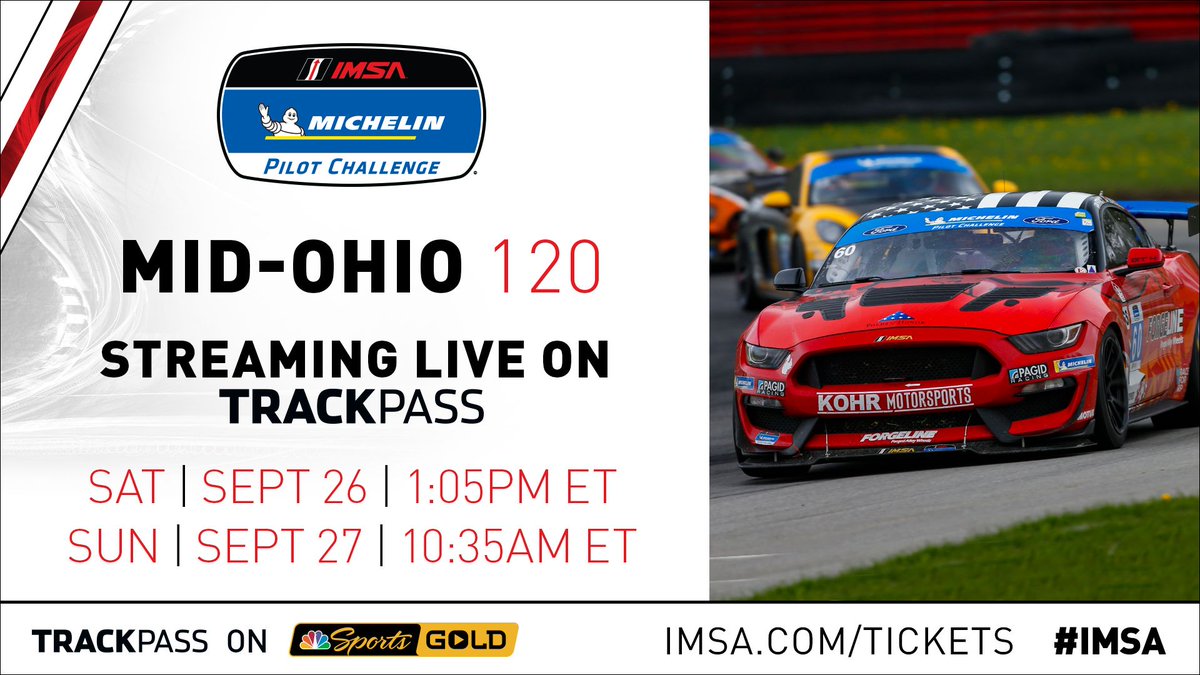 Finally, here are Sportscar365’s pair of pre-race items with more info are linked below. 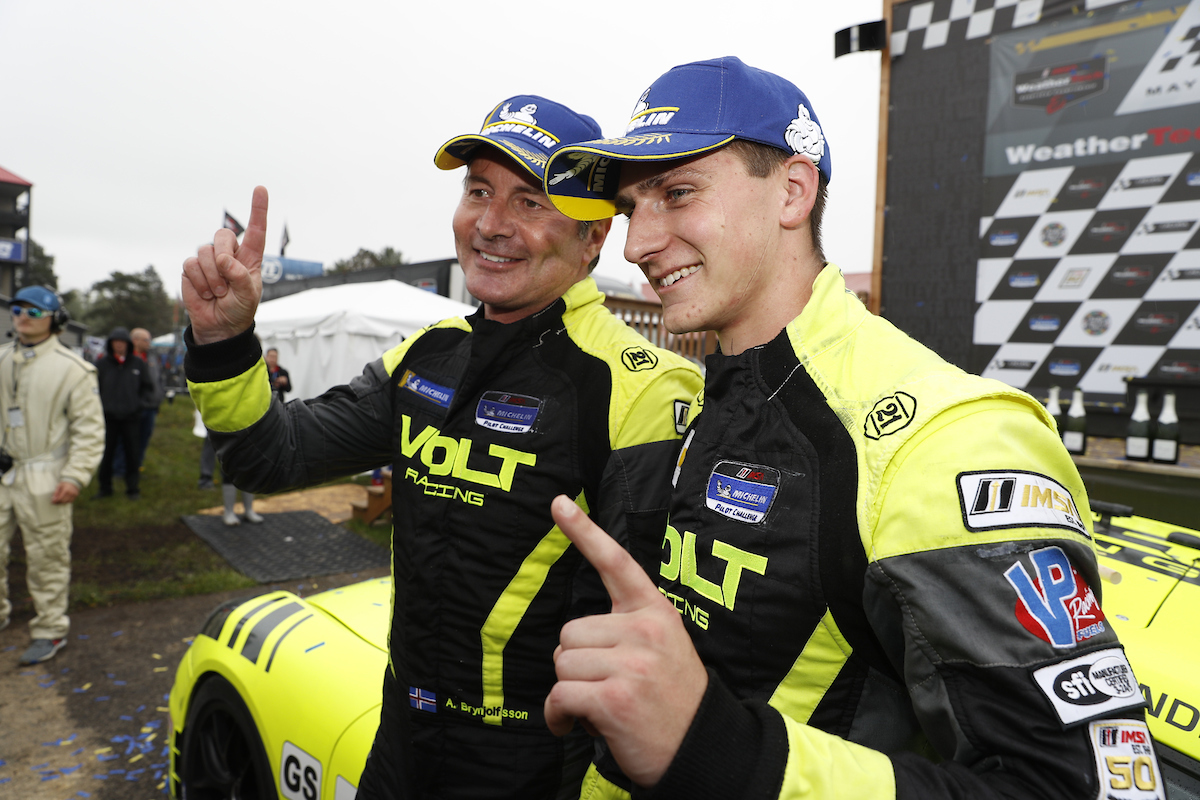 Beyond Corey Lewis and Michael Lewis, featured in the Sportscar365 Insider piece, we also caught up with Trent Hindman going into the MICHELIN Pilot Challenge doubleheader. Hindman won this race last year co-driving the No. 7 Porsche 718 Cayman GT4 Clubsport, then fielded by Park Place Motorsports.

Hindman and longtime co-driver Alan Brynjolfsson go for the repeat in 2020 under the Mike Johnson-run Archangel Motorsports banner.

“Extraordinary measures need to be taken in extraordinary circumstances, right?” he says. “As far as I know, a “double header” style event has never occurred in the recent history of IMSA – especially in this, the latest generation of those competing underneath their ever-growing umbrella since 2014. Though commonplace in other championships native to North America, a dual race weekend with the MICHELIN Pilot Challenge is a first, but should be extremely exciting for fans and competitors alike.

“Two qualifying sessions and four total hours of racing around Mid-Ohio means twice as much action at a a place that normally will put on a heck of a show. Though a simple concept on paper, the sheer duration of each race is going to be a struggle for those who are unprepared for such tight turnarounds between race days. Attention to detail reigns supreme, but that becomes event more difficult when your next two hour long IMPC race takes place less than 24 hours after the first.

“Despite the stress on teams and drivers, there are plenty of positives. For example… bad luck in Race 1? Good. You don’t have to stew about it for two, three, sometimes even four weeks. Rather, make your adjustments overnight, get back to it the next day, and leave on a high.”