Monterey, CA—May 1, 2022, –After record performances in extreme cold, bumps, and heat at the first three races of the 2022 IMSA season, Michelin took on the elevation changes of WeatherTech Raceway Laguna Seca and produced another round of records.

“This was the first race weekend of the year with consistent track temperatures, and Laguna Seca provided perfect conditions for the elevation changes throughout the course,” said Tony Ménard, director of motorsport, Michelin North America.

“Michelin was thrilled to see our tires set different lap records every day of the weekend, proving our drive for innovation creates a winning result.”

Throughout the weekend, competitors recognized Michelin’s performance on the aging track surface, due for repaving later this year.

Porsche Carrera Cup North America Am class winner Mark Kvamme said, “This track is really brutal…Michelin makes a great tire, but it is like sandpaper out there.” 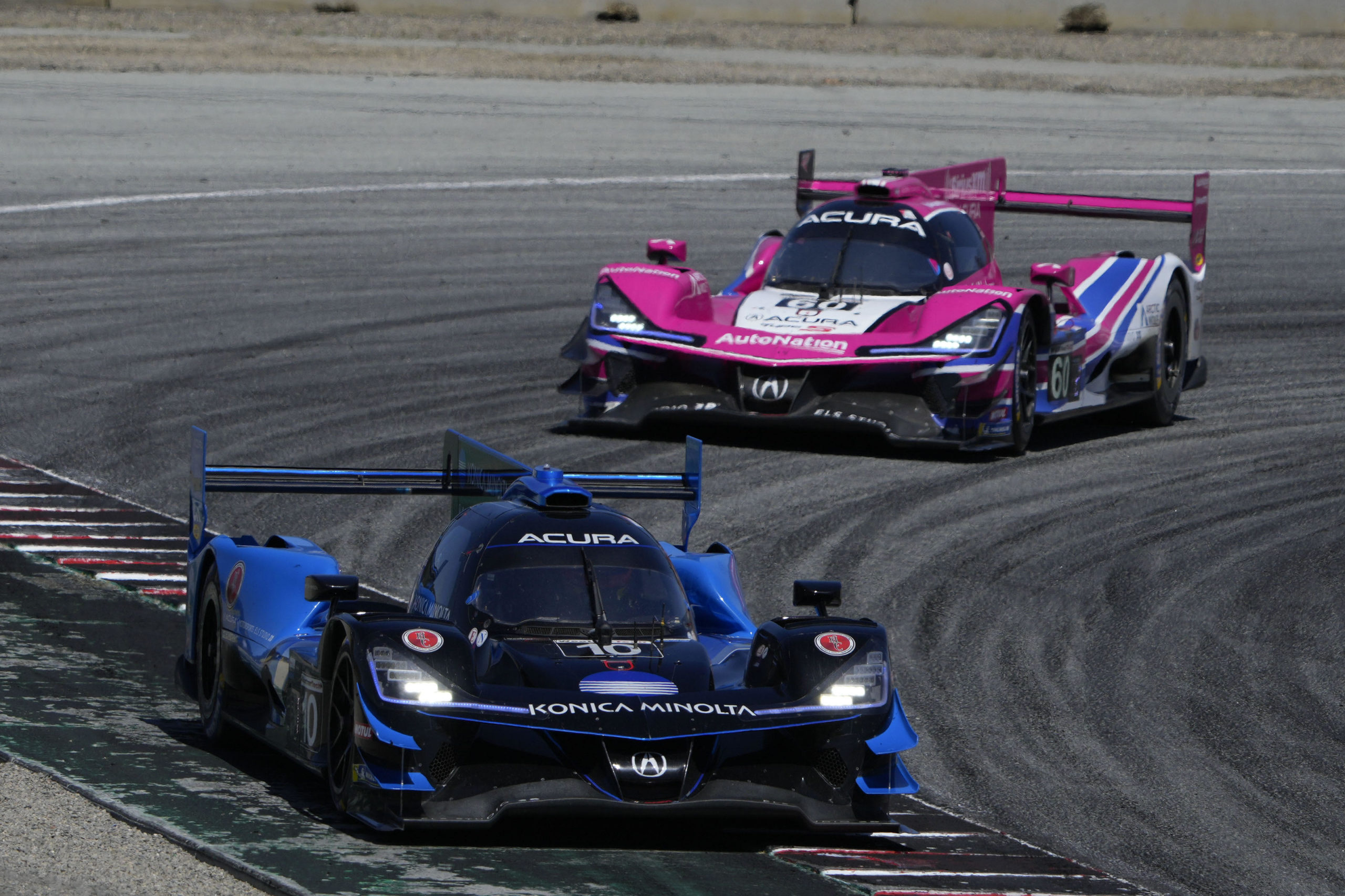 The Acura’s of Wayne Taylor Racing and Meyer Shank Racing were the class of the field and exchanged leads during the two-hour and 40-minute race. Filipe Albuquerque in the No. 10 held off Tom Blomqvist in the No. 60 to secure the victory for Wayne Taylor Racing. Finishing third was the No. 31 Whelen Engineering Racing Cadillac DPi. 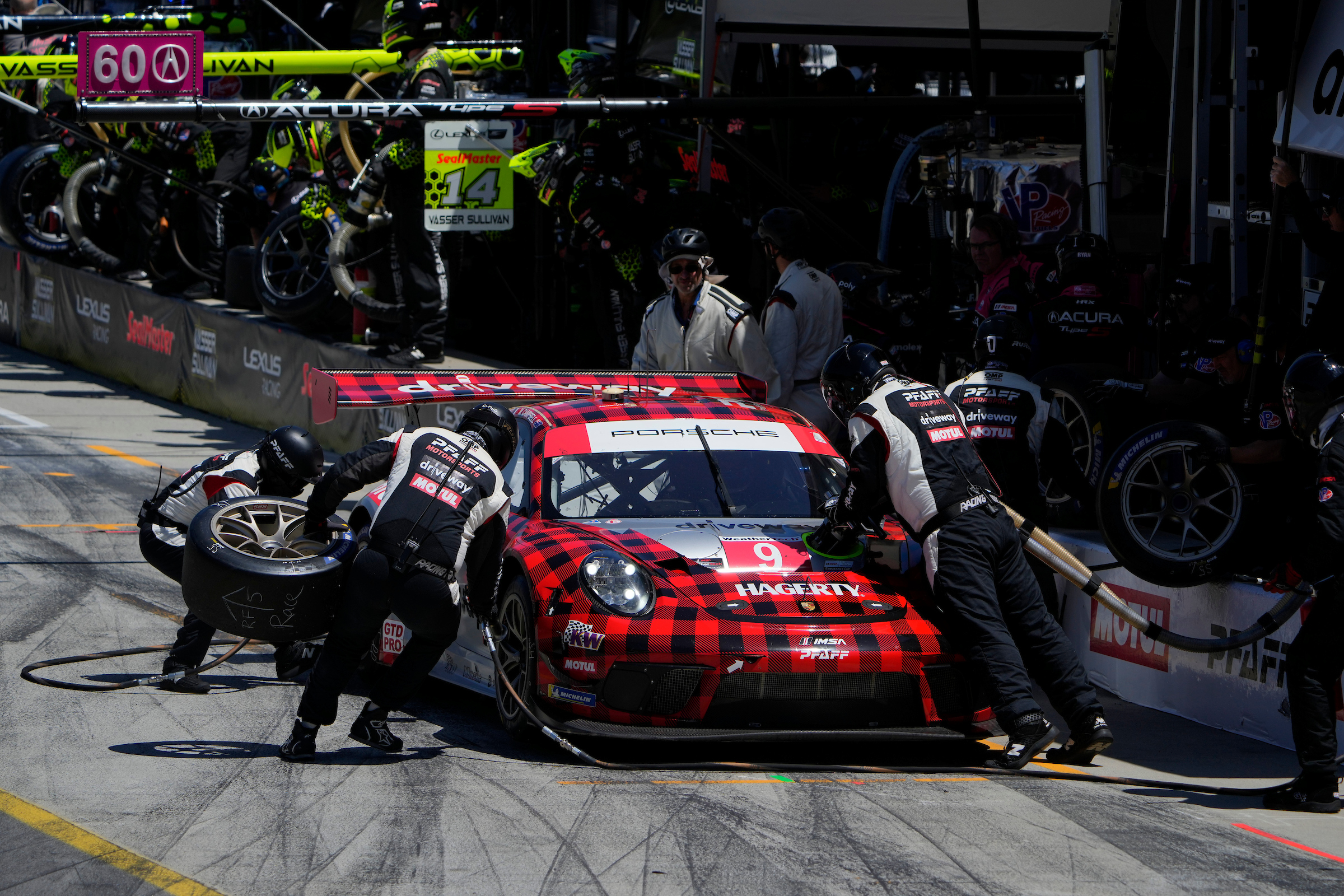 The No. 9 Pfaff Motorsports Porsche 911 GT3R driven by Matt Campbell and Mathieu Jaminet won by a large margin of 31.9 seconds over Ben Barnicoat and Jack Hawkworth of Vasser Sullivan in their Lexus RC F GT3. Rounding out the podium was Rahal Letterman Lanigan racing with a BMW M4 GT3.

Wright Motorsports triumphed in GTD with Ryan Hardwick and Jan Heylen in the No. 16 Porsche 911 GT3R. CarBahn with Peregrine Racing finished second in the No. 39 Lamborghini Huracan GT3. Turner Motorsports in the No. 96 BMW M4 GT3 had the last spot on the podium in third. 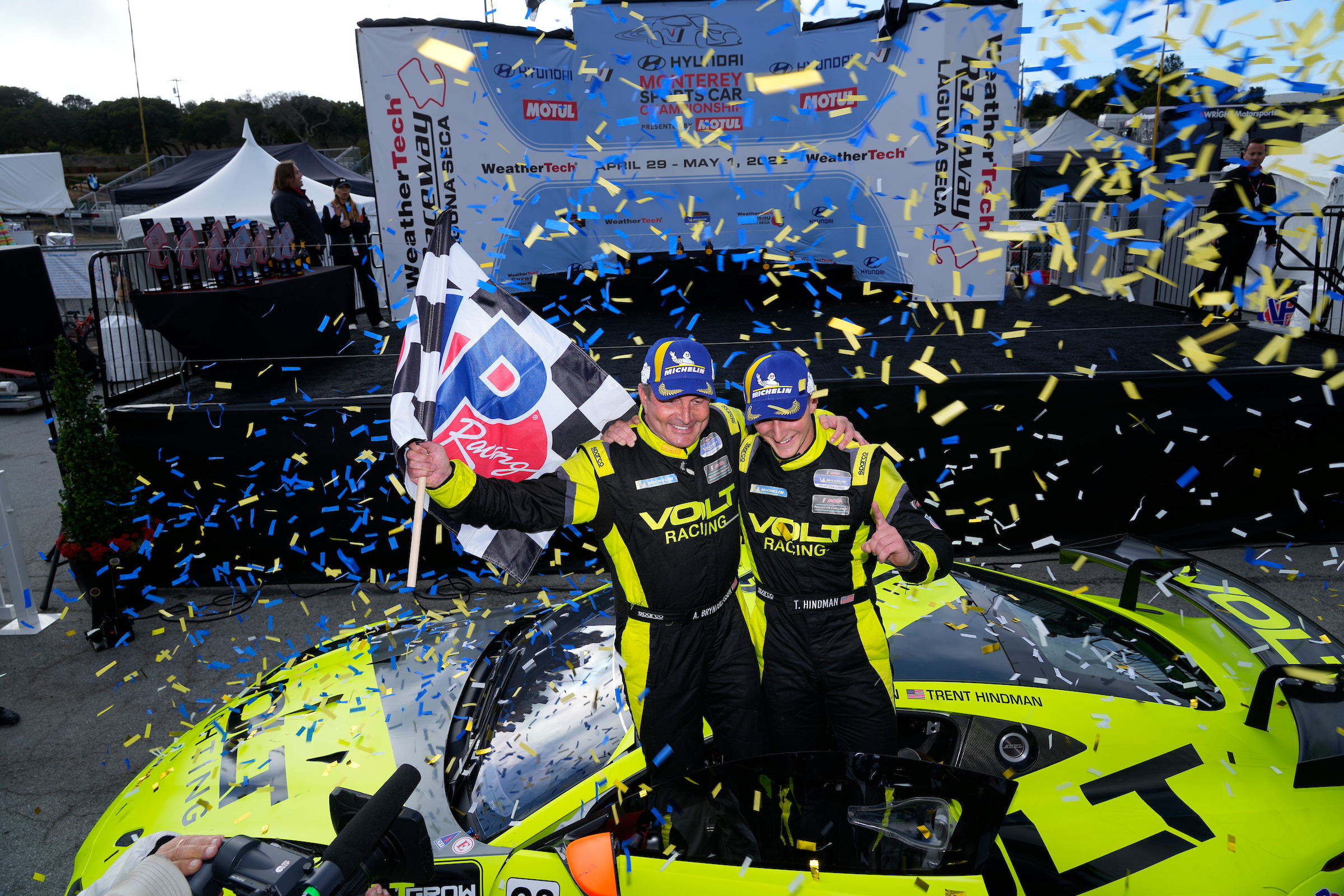 The WeatherTech Raceway Laguna Seca 120 showcased the number of competitive manufacturers in the series. Aston Martin, Porsche, and Toyota made up the podium in GS while Alfa Romeo, Audi, and Hyundai took the top spots in TCR.

Alan Brynjolfsson and Trent Hindman led the No. 7 VOLT Racing Aston Mart Vantage to victory lane. The Alfa Romeo Giulietta Veloce took first with drivers Roy Block and Tim Lewis Jr. The IMSA Radio Michelin Moment of the Race was given to the VOLT Racing team in GS and to the No. 61 Road Shagger Racing Audi RS3 LMS SEQ in TCR for strategy calls.

After eight new qualifying and race records were set in 2021 in Monterey, Michelin set several new marks in 2022. 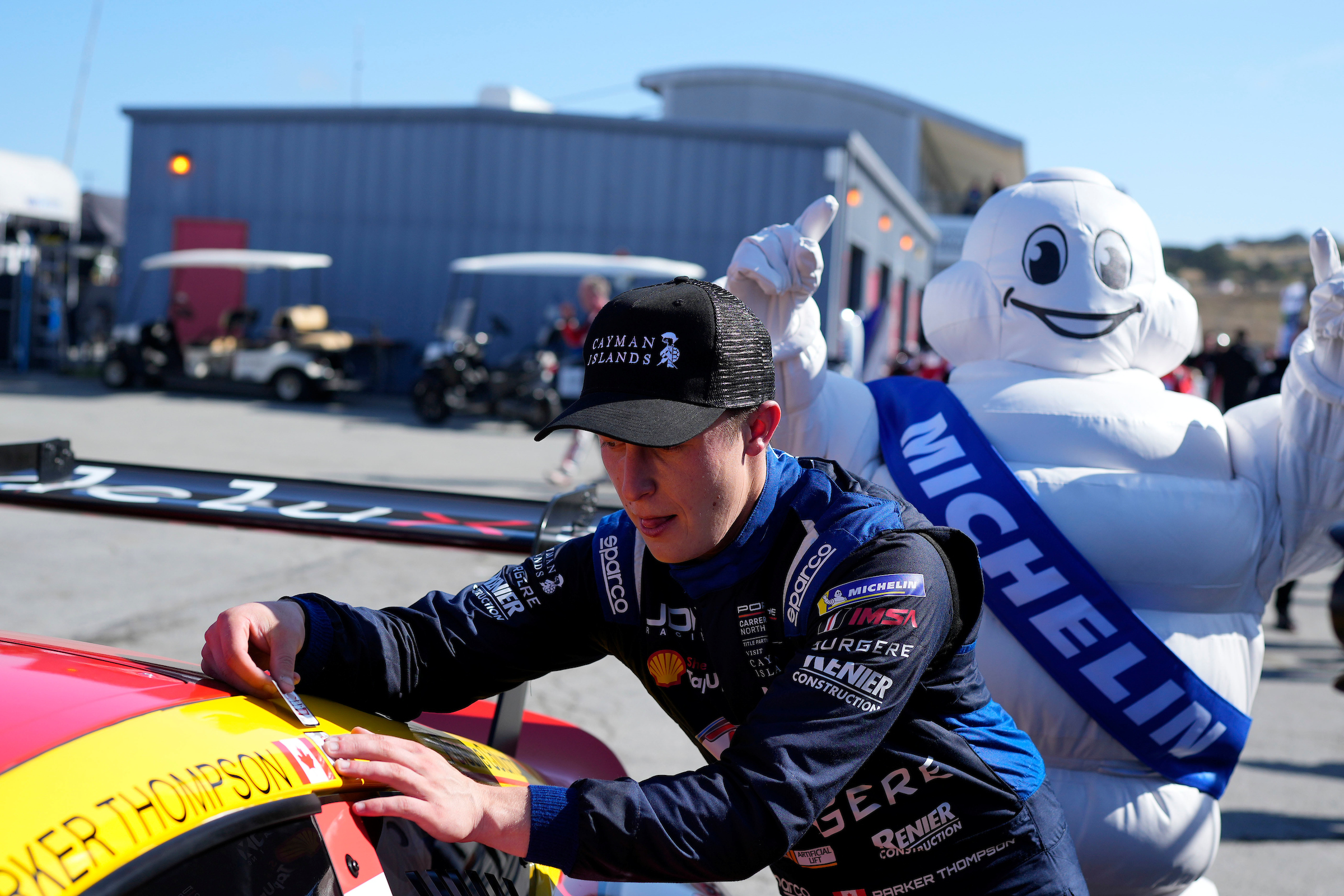 IMSA drivers get quizzed on sustainability

Michelin has shown its commitment to sustainability through the unveiling of the Démonstrateur 46 concept tire. It is the first racing tire to be able to claim that 46% of the materials are sustainable. IMSA drivers guessed what materials are used and will make up the future of MICHELIN racing tires. Watch here.

Supporting teams for the trips off the track

Before the racecar makes the track, teams use the highway. Michelin helps in both arenas. Several teams in the IMSA paddock rely on MICHELIN® truck tires for the long trips to the racetrack. These tires help get race cars and equipment to different tracks around the country safely. Learn more here.

The 2022 IMSA WeatherTech Sports Car Championship now heads to Mid-Ohio Sports Car Course in Lexington, Ohio for the Lexus Grand Prix on Sunday, May 15th. The race can be seen on USA and on Peacock from 2:00-5:00pm ET.