This year’s IMSA MICHELIN Pilot Challenge looks to once again deliver a bevy of great racing, variety and competition.

There are 11 automotive brands represented between the series’ GS and TCR class. Most brands set at least one qualifying or race lap record last year as part of the series’ switch to MICHELIN® tires.

The competition the series had in its past carried through into 2019 and delivered several spellbinding finishes.

Many of the competitors that made the 2019 season a success are back for another round in 2020. Here’s a look at the field, which features 51 cars for the BMW Endurance Challenge at Daytona.

Entries from Porsche, Audi, McLaren, Mercedes-AMG, BMW, Ford, Chevrolet and Aston Martin make up a 30-plus car grid to kick off the season.

Last year saw entries from six of those eight brands finish in the top six positions, so no one car dominated the season. A seventh brand, Chevrolet, also won twice while the eighth, Aston Martin, showed rapid pace towards the tail end of the season and has grown in size for 2020.

Last year’s GS champions CarBahn by Peregrine Racing seek to defend their title. Tyler McQuarrie and Jeff Westphal’s eight-race run of top-four finishes from Sebring through Monterey ensured they only needed to start at Michelin Raceway Road Atlanta to clinch. They’ll be back in their No. 39 Audi R8 LMS GT4 with a second car running additional selected races, similar to 2019.

Others in the Audi camp include Team Hardpoint and McCann Racing, both embarking on full-season entries. The Hardpoint squad (No. 31) paced ROAR testing with past GS champion Spencer Pumpelly and his rapidly improving co-driver Rob Ferriol. Under a different team name, they ran strongly in a dip-their-toes in 2019 entry. Past TCR champion Britt Casey Jr. returns for a full campaign in GS after impressing in a partial 2019 in TCR; co-driver Michael McCann II and his Midwest-based team add to the manufacturer’s depth. Ave Motorsports also joins for at least Daytona, Mike Skeen leading that entry.

It was Mercedes-AMG which claimed last year’s manufacturer crown, though. With seven cars, the Mercedes-AMG GT4 is the most heavily subscribed car in class. The usual stalwarts from Murillo Racing (primarily Eric Foss and Jeff Mosing in the No. 56 car) and Winward Racing (with HTP, and also has a new number for one of its cars, No. 4), which combine for four cars total, are strong contenders. Rapid and rising teenager Dylan Murry emerged in 2019 and is back with Jim Cox in Riley Motorsports’ No. 35 Wynn’s car, and they head to Daytona in pursuit of a third straight four-hour race win (Watkins Glen and Encore 2019). Single car entries from Bluff City/Autometrics and MCC complete Mercedes-AMG’s “seven-up” of cars.

BMW and Porsche pack strong punches as well. A pair of BimmerWorld and Turner cars apiece are ones to watch. BimmerWorld’s strength comes with two excellent lineups. Devin Jones and James Clay seek to end two spots better than in 2019 in their No. 82 Optima Batteries car. Past series champions Dillon Machavern (GS) and Nick Galante (ST) make up a solid pairing in the No. 80 car, adorned in purple and white to support the Race to End Alzheimer’s program.

There’s only a pair of Porsche 718 Cayman GT4 Clubsports for the season, but both have potential. Mike Johnson has revived the former Archangel Motorsports, and continues with the same pairing of Trent Hindman and Alan Brynjolfsson in the striking highlighter No. 7 VOLT car. A similarly eye-popping livery from BGB Motorsports is also on the grid.

PF Racing has affirmed a full-season entry with James Pesek, Jade Buford and Shane Lewis in the No. 40 car. The previously pink “Noble Steed” now takes on a pearlescent blue shade and will be hard to miss. PF helps support one of Multimatic Motorsports’ entries, the No. 19 car with an all-Canadian lineup of Scott Maxwell and Marco Signoretti, entered for this race.

A big change at Chevrolet comes with Team TGM acquiring a pair of Camaro GT4.Rs, and making a slight tweak to its driver lineup. The 2018 champions Owen Trinkler and Hugh Plumb are now split between thes Nos. 64 and 46 cars, Trinkler now driving with team principal Ted Giovanis and Plumb now with brother Matt Plumb. With Joe Varde remaining atop the box, the change in car shouldn’t mean a change in strategic excellence.

Rebel Rock Racing was one of 2019’s most pleasant surprises, with Frank DePew improving race-by-race and Robin Liddell delivering a final lap fourth-to-first pass for the ages (and an award winner) at Road America. The team won twice last year and seek greater consistency to mount a championship challenge.

McLaren and Aston Martin round out the brands, both in flux with different lineups and teams compared to 2019.

You might have noticed the absence of KohR’s Kyle Marcelli and Nate Stacy pairing until now. That’s by design – the team has made a late change to the Aston Martin Vantage GT4 ahead of Daytona. As this pair heads into their third season together, they seek a title after back-to-back top-five points finishes.

Meanwhile after a partial season with the new spec Aston Martin Vantage GT4, Automatic Racing will look to exploit the new car’s pace with each weekend this year, and a variety of talented drivers at their disposal.

McLaren, which was first and third this race last year, is down to just two cars at Daytona. Last year’s winner Kuno Wittmer shifts to AWA alongside Orey Fidani, while his former team, Compass, and last year’s championship runners-up MIA are – to borrow the latter team’s acronym – M I A. NTe Sport by M1 Racing enters a second McLaren starting at Daytona with Sheena Monk and Corey Lewis on board.

The same four brands are back, with Audi, Honda, Hyundai and Alfa Romeo set for another season in the TCR class. Some team gains have produced an 18-car grid for the Daytona season opener.

Series champions Bryan Herta Autosport with Curb-Agajanian are among them, now with three Hyundai Veloster N TCR cars. Herta, never one to rest on his laurels, has swapped the driver lineup. Mark Wilkins shifts from the No. 98 car to join Harry Gottsacker in the No. 21 car while Mason Filippi heads the other way, now with Michael Lewis in the No. 98. A third car, No. 33, sees past IndyCar and Road to Indy drivers Gabby Chaves and Ryan Norman aligned for a full season in what should be another potent car.

IMSA Prototype Challenge champions Forty 7 Motorsports join the series and the Hyundai ranks with two cars of their own, as well.

In 2019, Hyundai made the point it needed more cars to win the manufacturer’s championship. So going from two to five is a sign of its intentions. But they’ll have to topple a pair of six-car entries from Audi and Honda to do so. Alfa Romeo has only a single car, the KMW with TMR squad back once again with Tim Lewis Jr. and Roy Block.

Audi’s lineup is slightly restructured. RoadShagger Racing, JDC-Miller and FAST MD Racing are among the returning teams. RoadShagger punched above its weight all 2019 with Gavin Ernstone and Jon Morley, as a top pro-am entry all season in their No. 61 car. FAST MD features a reshuffled deck of James Vance and Max Faulkner in its No. 23 car. The young pairing should be a potent one.

JDC-Miller’s Stephen Simpson and Michael Johnson were unlucky far too often in 2019 and enter 2020 with a new chassis and renewed hopes of returning to victory lane. Additional entries come from Team Premat and TWOth Autosport.

Honda also came close to the manufacturer’s title with its entries. Like last year the manufacturer has three teams. L.A. Honda World boasts a three-car entry, with fan favorite Ryan Eversley and up-and-coming touring car driver Taylor Hagler sharing the No. 77 Civic Type R. Shelby Blackstock shares the No. 37 now with Chris Miller, while the team’s No. 73 car with Mat Pombo and Mike LaMarra should again run selected races, if not the full season. The same applies for the No. 89 HART Civic, driven at Daytona by Honda associates Steve Eich and Chad Gilsinger with past Rolex 24 GTD class winner Cameron Lawrence. Todd Lamb’s Atlanta Speedwerks team completes the set, with Lamb and Bryan Henderson in the No. 84 car for the season and a second car, the No. 94, entered for Daytona. 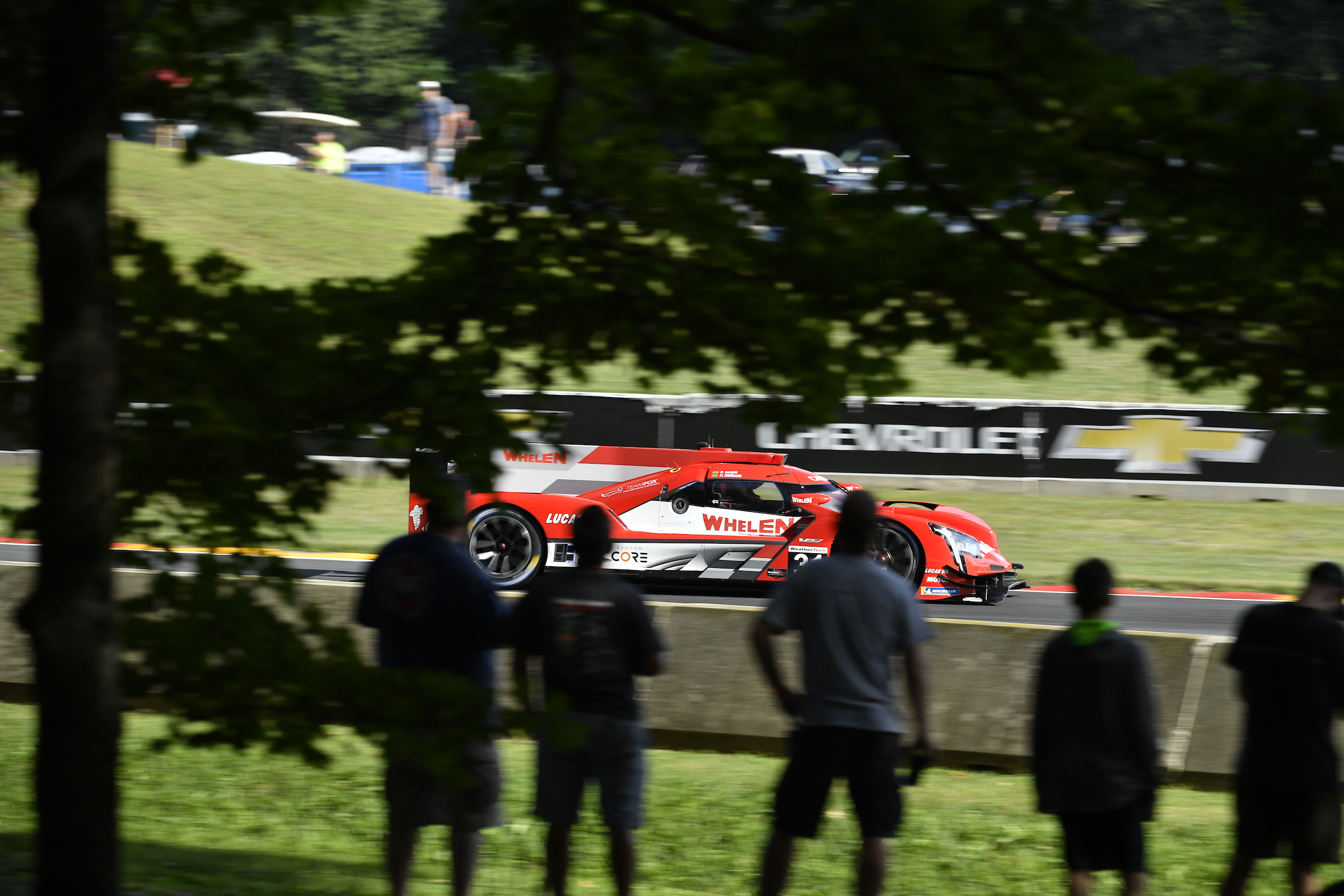