Lakeville, Conn.—July 16, 2022 – Michelin and the IMSA teams delivered an exciting race finish and a suitable farewell for Tony Ménard, director of motorsport, Michelin North America who now returns to France for a new assignment.

The FCP Euro Northeast Grand Prix on the clockwise Lime Rock Park 1.474-mile circuit, the shortest of the 2022 IMSA WeatherTech Championship, produces the quickest lap times and the most laps per stint.

The combination of high track temperatures and wear, elevation changes, and seven right hand turns and a single left turn puts exceptional loads on left side tires. The two hour-40 minute race ran caution flag free for the first two hours to produce a wide variety of race strategies and a 10-minute dash to the finish. 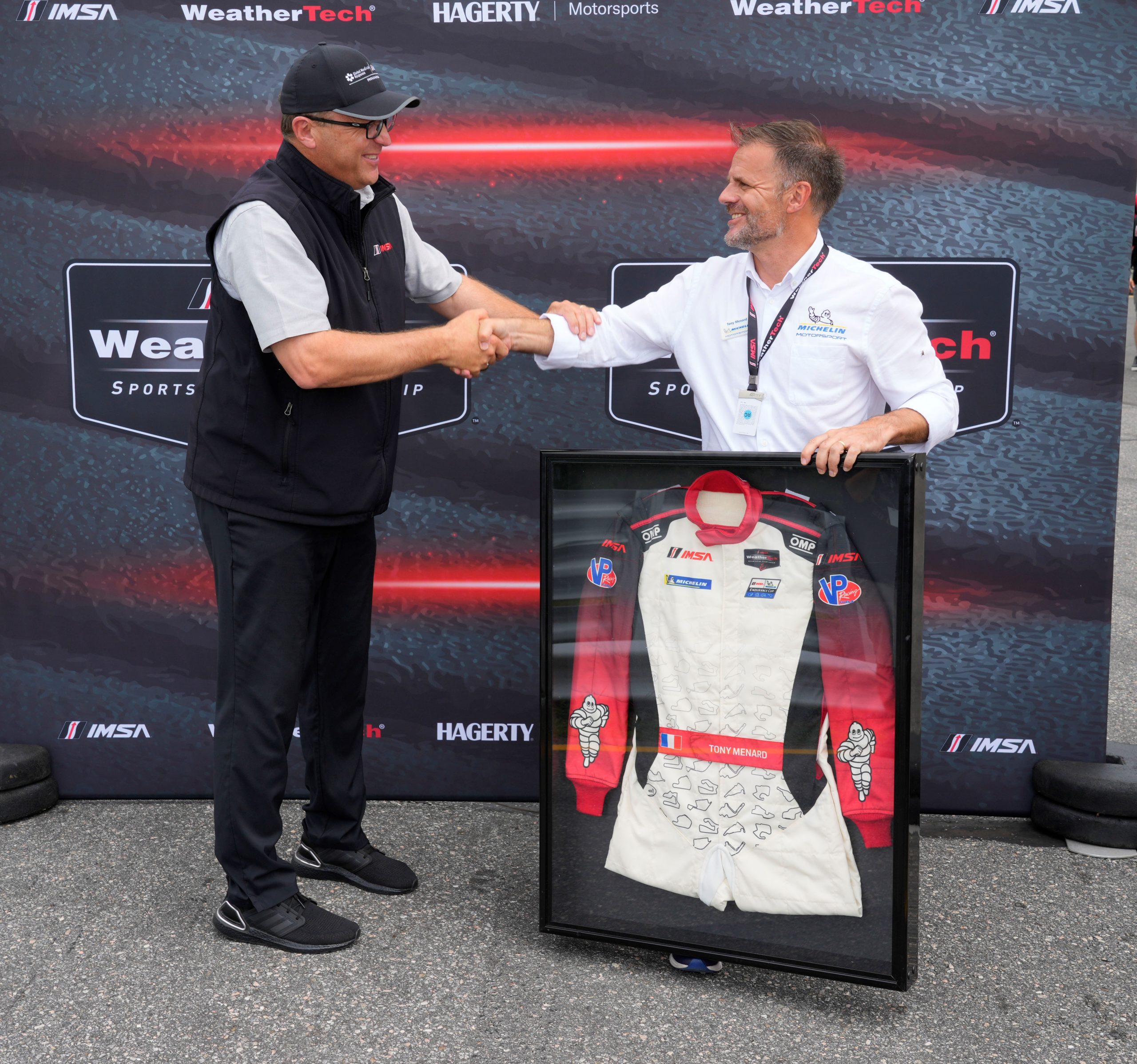 “During my time leading the North American motorsports business for Michelin, we have accomplished a great deal with setting records, developing high performance tires and more. But we could not have done it without our trusted partners. IMSA, the teams and track partners truly work in concert to create the most fan-friendly and inviting motorsport in the world,” said Tony Ménard, director of motorsport, Michelin North America.

“The strong partnership and collaboration with IMSA allowed the sport to get through challenging times with the pandemic, while continuing to operate and plan for the future of the sport.”

“As I made my last walk down the IMSA pit lane this weekend, I was reminded of just how special the relationships you build in motorsports can be. I will take that with me and cherish the time I was fortunate enough to spend in this environment. Mostly, nothing would have been possible without the amazing Michelin team around me,” said Ménard. 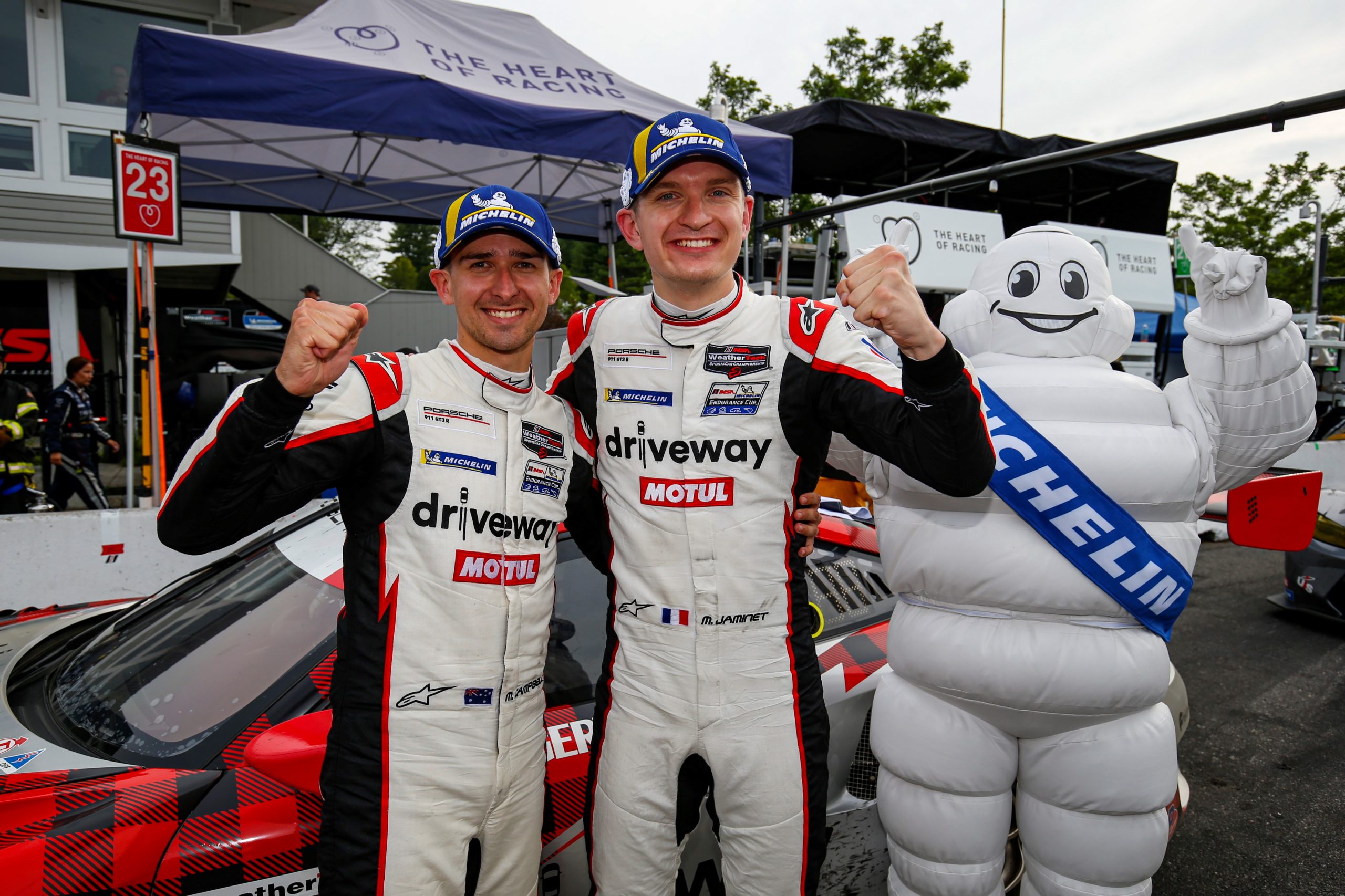 Mathieu Jaminet and Matt Campbell won their fourth race of the season with Pfaff Motorsports in the No. 9 Porsche 911. Taking runner up was the No. 23 Aston Martin Vantage of Heart of Racing with Ross Gunn and Alex Riberas. The No. 14 Vasser Sullivan Lexus RC F driven by Jack Hawksworth and Ben Barnicoat finished third.

The No. 57 Winward Racing Mercedes AMG had the lead coming to the checkered flag but ran out of fuel. Bryan Sellers of Paul Miller Racing got around in the BMW M4 to take the victory in GTD with teammate Madison Snow. The No. 27 Heart of Racing Aston Martin Vantage finished second with Roman De Angelis and Maxime Martin. CarBahn with Peregrine Racing took the final spot on the podium with Robert Megennis and Jeff Westphal driving a Lamborghini Huracan. 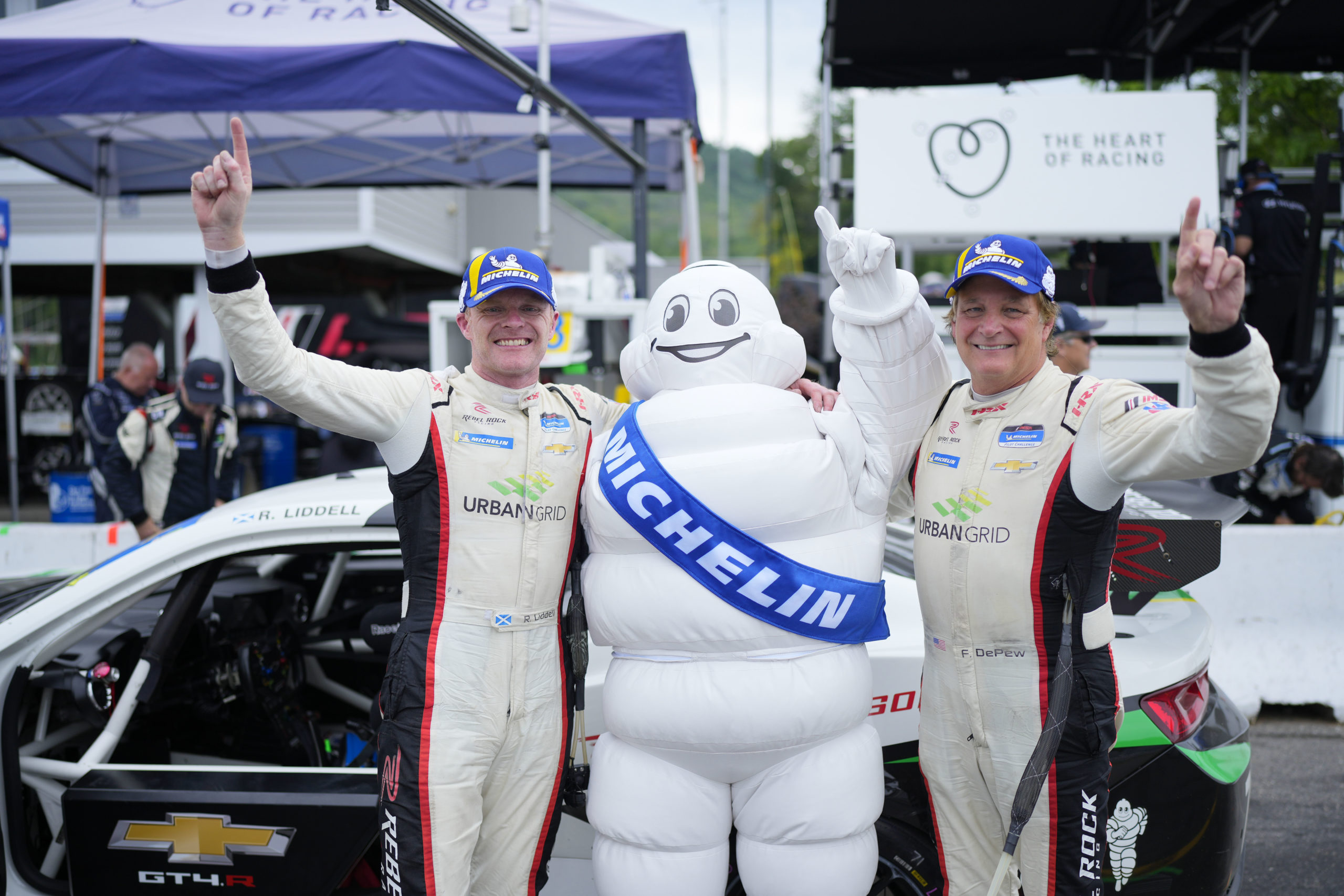 The Lime Rock Park 120 featured close racing action and intense battles for the lead. Rebel Rock Racing in a Chevrolet Camaro driven by Frank DePew and Robin Liddell triumphed in GS. Chris Miller and Mikey Taylor won in TCR driving an Audi for Unitronic JDC-Miller Motorsports. The IMSA Radio Michelin Moments of the race went to the podium finishers No. 877 JG Wentworth Racing by PF Racing in GS and Michael Johnson Racing in the No. 54 for TCR.

The 2022 IMSA WeatherTech Sports Car Championship heads to Road America in Plymouth, Wisconsin for the IMSA Fastlane Sportscar Weekend on Sunday, August 7th. The race can be seen live on Peacock from 2:40-5:20pm ET and later on USA from 6:30-9:30pm ET.