The 23rd running of the Motul Petit Le Mans at Michelin Raceway Road Atlanta produced fast and fierce competition in the 10-hour event, the third of the four 2020 IMSA Michelin Endurance Cup events.

“We are very pleased by the consistent performance and lap times that our tires delivered throughout the entire event despite the big variations in track temperatures,” said Tony Ménard, director of motorsport, Michelin North America.

Long green flag stints were the order of the day, as much of the race was run at a record pace on the fast, technically demanding 2.54-mile circuit. Lap speeds on the hilly,12-turn circuit average just three miles-per-hour less than the high banked Daytona International Raceway road course.

The 12:40 p.m. race start put the final third of the race after sunset and produced a dramatic drop in both ambient (48F) and track (50F) temperatures for the final hour. Both the ambient and track temperatures swung by more than 20 degrees from the highest points in the race.

Always a highly popular event with an enthusiastic fan base, attendance was limited to 50 percent capacity, a goal that race officials said that they met. 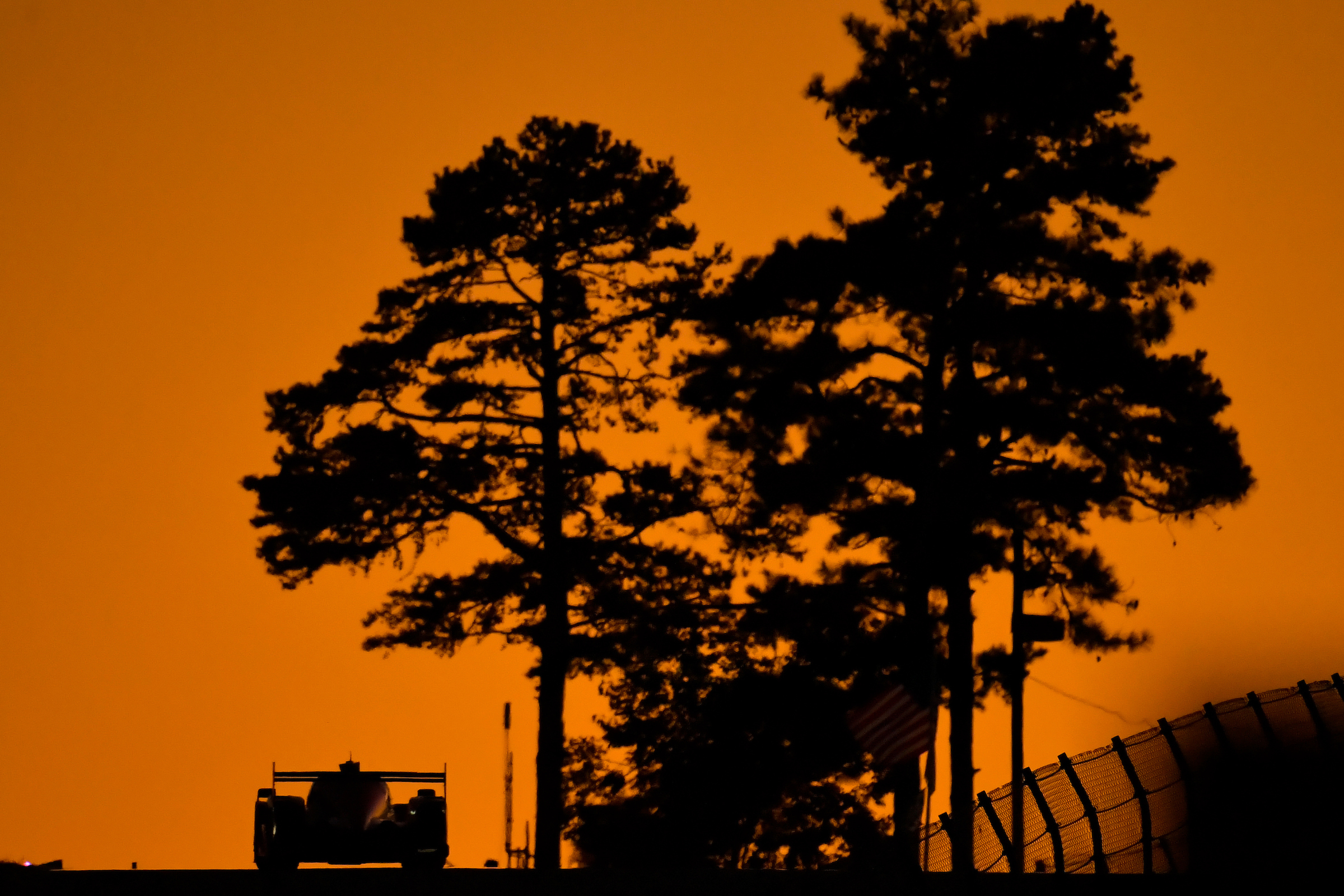 While most of Petit Le Mans was run under green flag conditions, the race ended behind the safety car after a controversial coming together between two DPi class contenders and a secondary incident with another car off course.

Contact between Ricky Taylor’s Acura and Pipo Derani’s Cadillac at Turn 6 knocked them both out of win contention and promoted the No. 10 Cadillac DPi-V.R of Renger van der Zande, Ryan Briscoe and Scott Dixon to an unexpected overall victory. It’s their second in three Michelin Endurance Cup races this year (Rolex 24 At Daytona), and snaps the No. 7 Acura car’s three-race win streak.

Meanwhile Porsche and Ferrari got on the board with their first two wins of the season in the GT classes. This means 14 of the 17 automotive brands in IMSA have won at least once in either the WeatherTech Championship or MICHELIN Pilot Challenge this season. 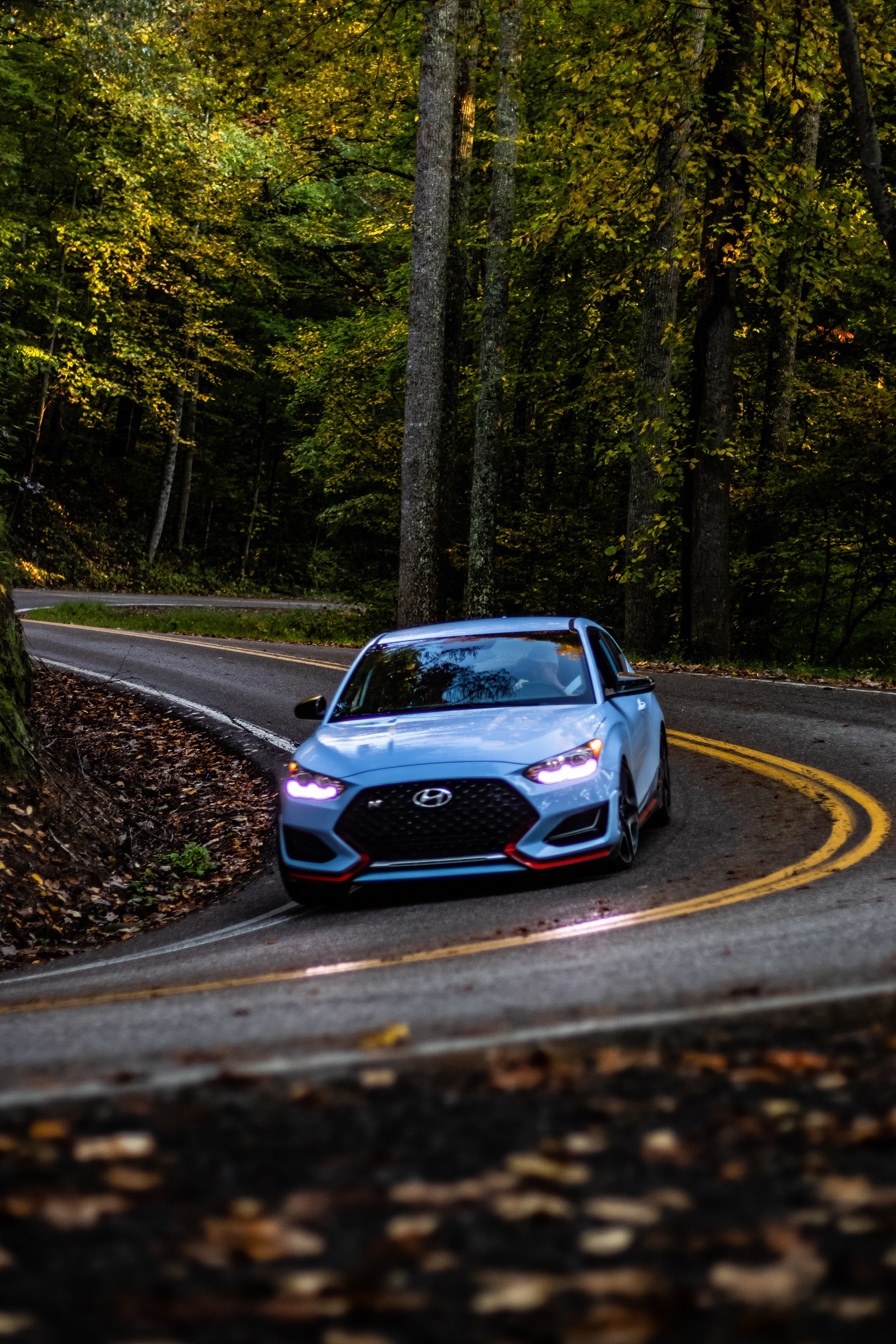 Mason Filippi and Mark Wilkins drove to Michelin Raceway Road Atlanta in a Hyundai Veloster N TCR, equipped with a set of new MICHELIN® Pilot® Sport All Season 4 tires. A portion of the drive included the “Tail of the Dragon,” a 318-turn, 11-mile stretch of road in North Carolina, where the drivers could check out the grip, handling and performance of these all season tires in cool, fall conditions.

The epic drive set the stage for an even more epic finish to Friday’s MICHELIN Pilot Challenge Fox Factory 120, when Filippi’s teammate Michael Lewis made a daring late-race pass to score the TCR class win.

Battling 16-year-old series debutante Tyler Maxson in another Hyundai, Lewis powered past Maxson on the outside entering Turn 10, then held back the teenager’s determined advances on the final lap. Filippi, who was watching from the pit lane, recapped the incredible week.

“It’s been a crazy week,” Filippi said. “We drove on the ‘Tail of the Dragon’ in the Hyundai Veloster N. The MICHELIN® Pilot® Sport All Season 4 tires gave us so much grip and confidence through that windy course. It was a beautiful road and beautiful time of year. And the tires were great through variable conditions; wet in the morning and dry in the afternoon.

“Then the race was great, and we ended up winning! Michael Lewis jumped in and drove one of the craziest last laps I’ve ever seen. We came here and ended up on top of the box in TCR!” 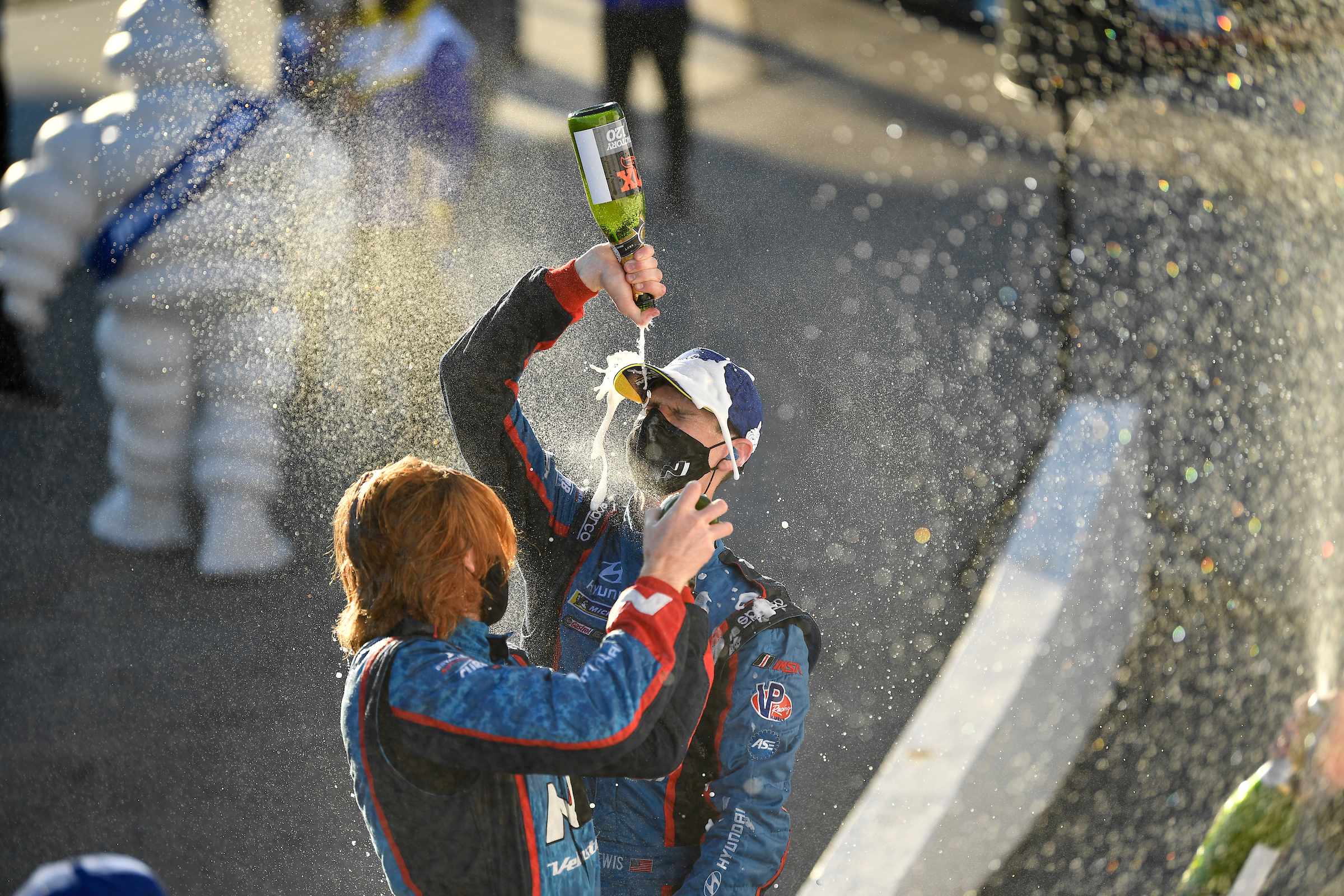 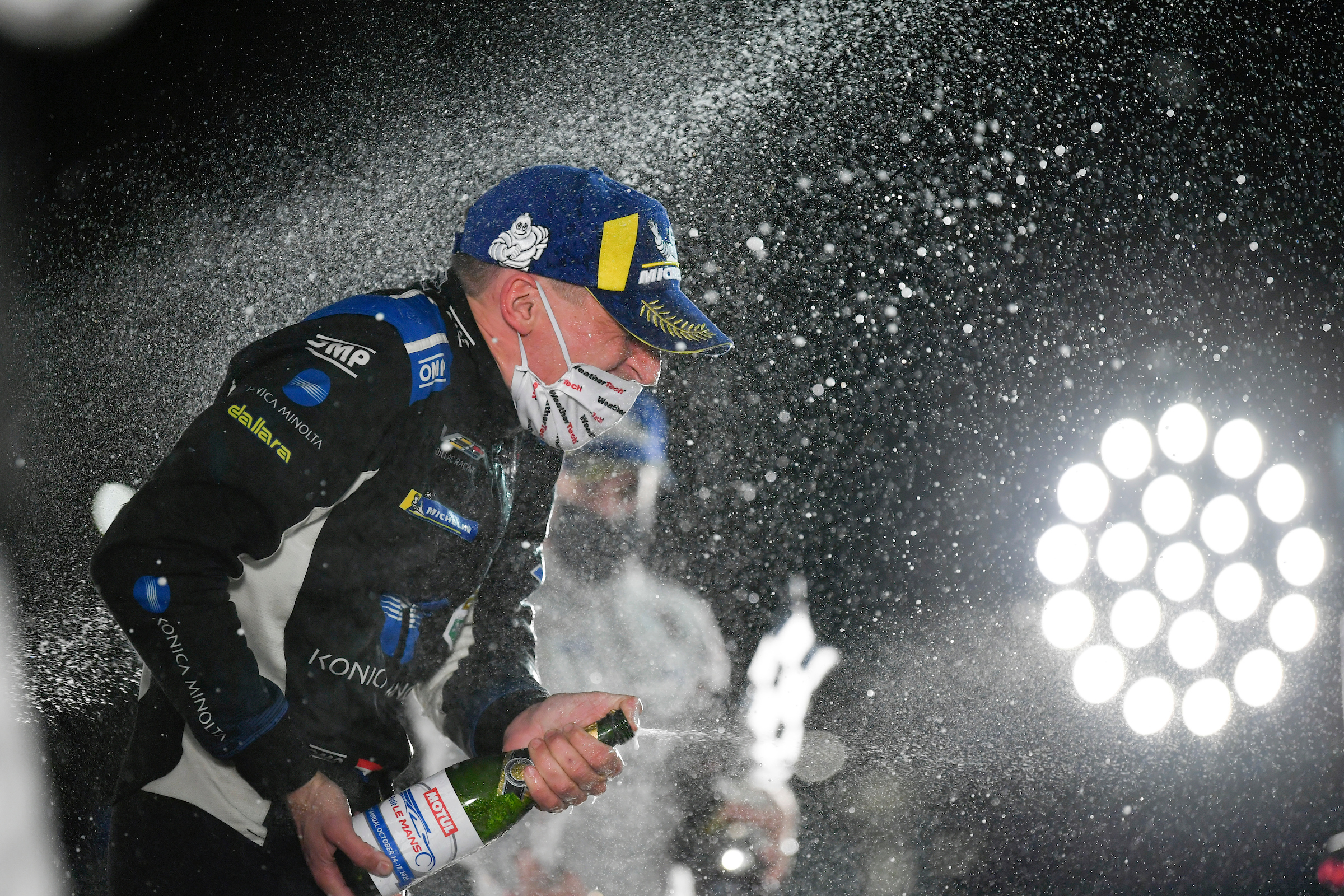 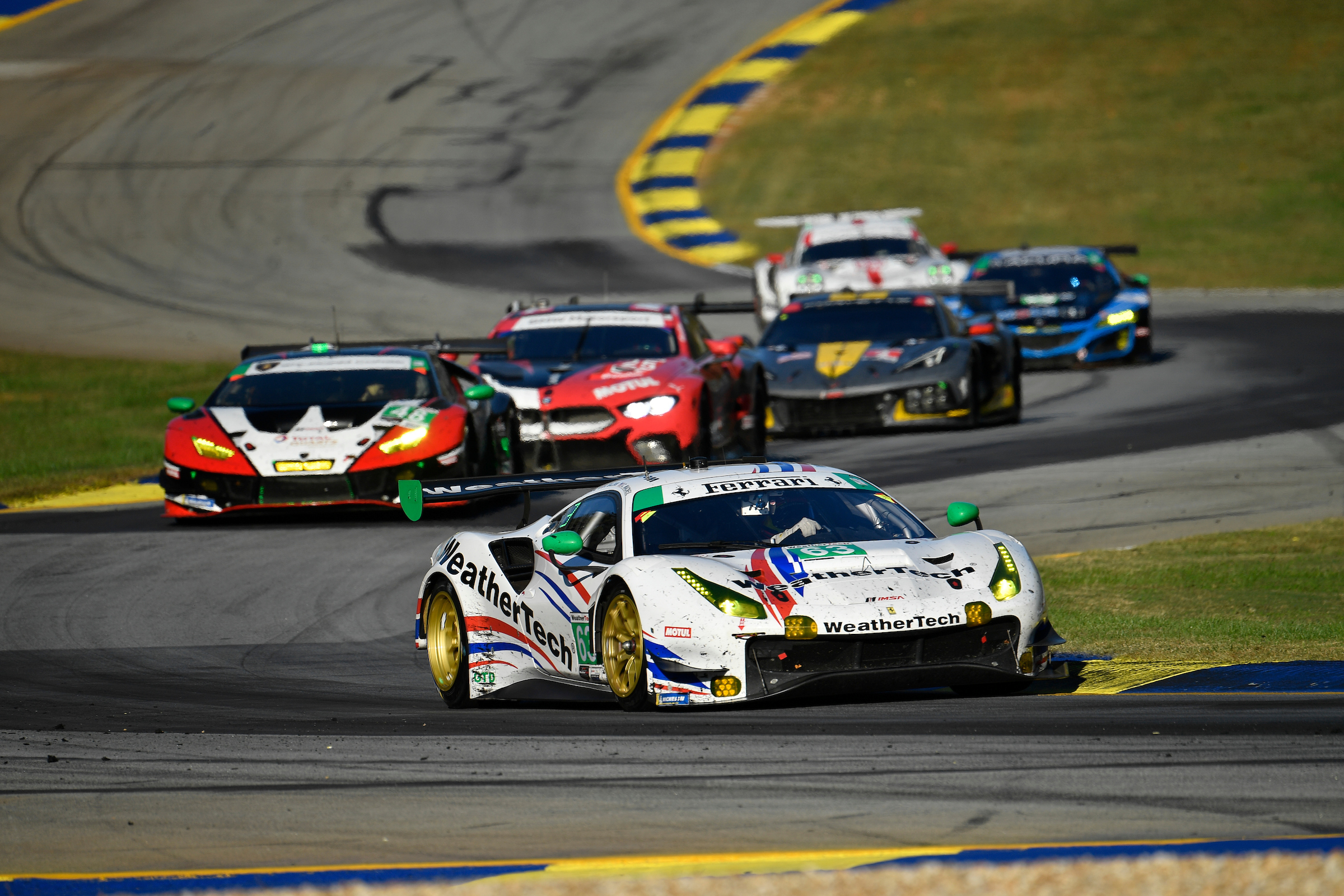 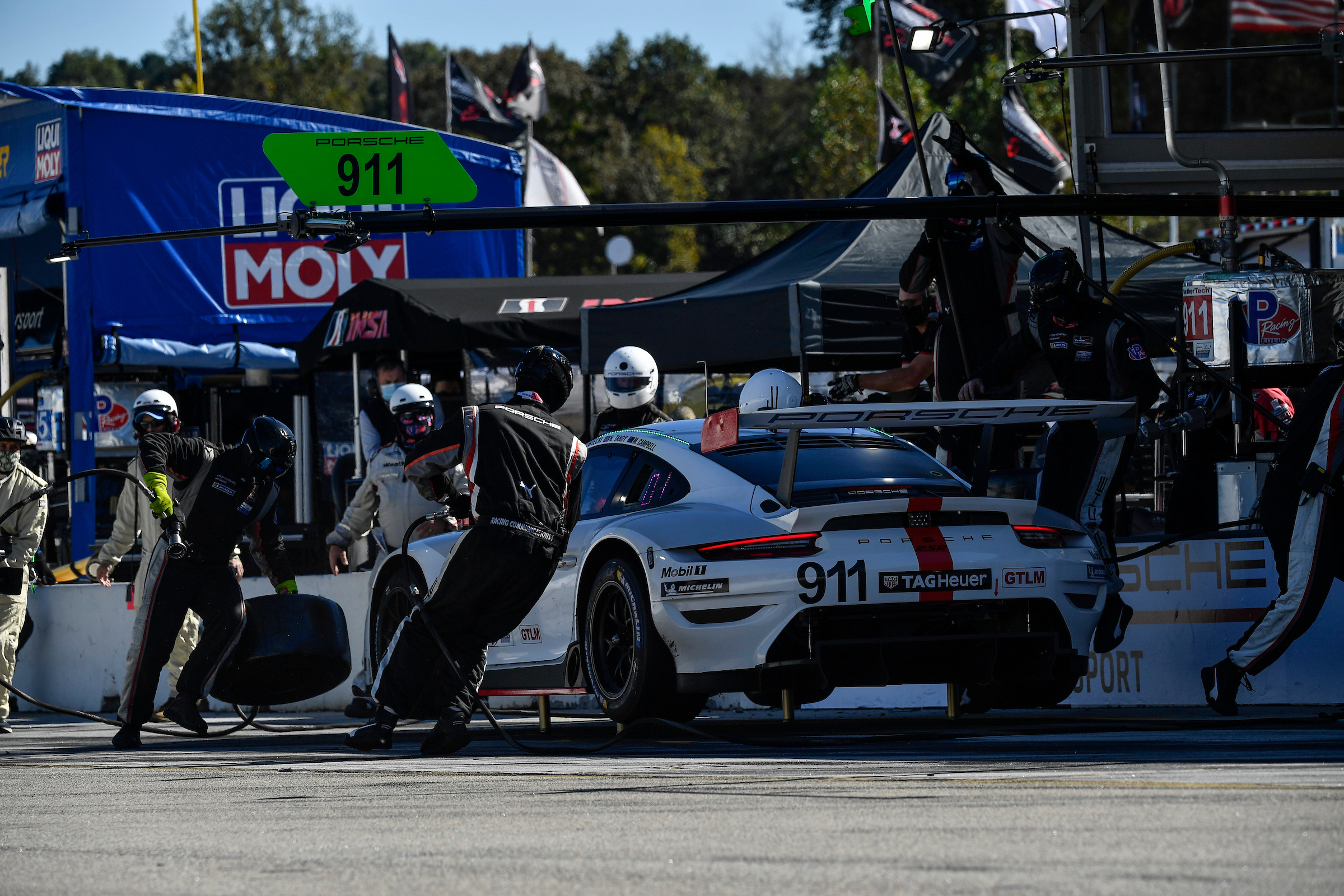 The WeatherTech Championship and MICHELIN Pilot Challenge head to WeatherTech Raceway Laguna Seca, October 30-November 1, for the second-to-last race weekend of the season.