The Michelin Endurance Cup has been announced Friday night as part of IMSA’s 2019 schedule release. 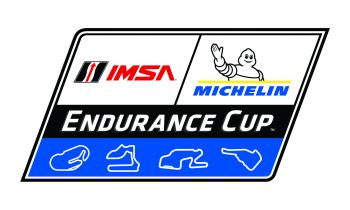 “Endurance has long been a key characteristic of Michelin tire performance, both on and off the track,” said Chris Baker, director of motorsport, Michelin North America.

“The IMSA Michelin Endurance Cup recognizes our competitors’ efforts and achievements in the four longest, most difficult North American events of the year.”

Since the amalgamation of North American sports car racing prior to the 2014 season, the Michelin Endurance Cup has provided four “tent pole” endurance race events.

The Rolex 24 at Daytona, Mobil 1 Twelve Hours of Sebring, Sahlen’s Six Hours of the Glen and Motul Petit Le Mans comprise the hardest 52 hours of racing on the IMSA WeatherTech SportsCar Championship calendar.

While punishing, these races offer a great test to competitors. To win, you must nail the combination of pace, traffic management, pit strategy and tire conservation. If you can gain mere fractions of time each pit stop, your chances of success increase.

The prestige and level of fan support at these events is also incredible.

Michelin has worked with its factory supported technical partner teams in the GT Le Mans class since 2014 in IMSA, and prior to that in the American Le Mans Series.

However next year’s Rolex 24 presents a significant historical marker for IMSA and for Michelin simultaneously.

It is the kickoff to three major milestones. The race marks the first event of IMSA’s 50th anniversary season. It’s the first race where the entire WeatherTech Championship field will race with Michelin tires. 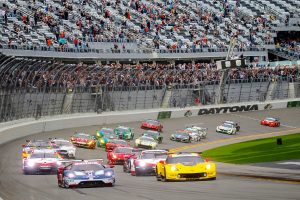 And it’s also the first race of the Michelin Endurance Cup – that aforementioned “championship within a championship” – that rewards those that have done best in the four longest races.

IMSA President and COO Scott Atherton explained that the long-range planning and extent of multi-year agreements among multiple partners is “unprecedented” for major sports car racing as IMSA and Michelin head into 2019.

“It’s all these things we used to fantasize about, such as combining the schedules, when we were separated are now together,” Atherton said.

“‘Can you imagine starting at Daytona, going to Sebring, then on to Long Beach, and finishing up at Petit Le Mans?’ We’ve got that.

“It’s all a byproduct of the merger, but believe it or not, we don’t talk about that anymore. It’s going on six years in September.”