Charlotte, N.C. (October 10, 2020) – Michelin met every challenge as the shortest race of the 2020 IMSA WeatherTech Sports Car championship produced a wide array of conditions in the series’ first visit to the 2.32-mile Charlotte Motor Speedway ROVAL.

“Although this was our first race at the ROVAL, the level of technology and the quality of the teams and drivers in IMSA competition was evident throughout the range of dry, wet, and mixed conditions,” said Tony Ménard, director of motorsport, Michelin North America.

“Tires play a very important role in racing and performing safely in difficult conditions and quite well in the dry provides the opportunity for us to demonstrate our technology and to gain deeper insights to support our push for continuous learnings.”

Corvette Racing’s Jordan Taylor took the GTLM class pole with a lap of 1:14.278, a staggering 6.6 seconds quicker than the 2019 NASCAR Cup pole time.

Aaron Telitz also beat the stock car reference by three seconds, as he put the AIM Vasser Sullivan’s Lexus on the GTD class pole with a time of 1:17.954.

Heavy rains arrived soon after for the race and created treacherous conditions with standing water, and limited visibility before easing a bit for the second half of the race as drivers demonstrated the consistency and grip of the their MICHELIN® Pilot® treaded wet tires.

As they did in the other GT-only round of the WeatherTech Championship season in the Michelin GT Challenge at VIRginia International Raceway in August, Corvette Racing and Turner Motorsport captured the class wins. 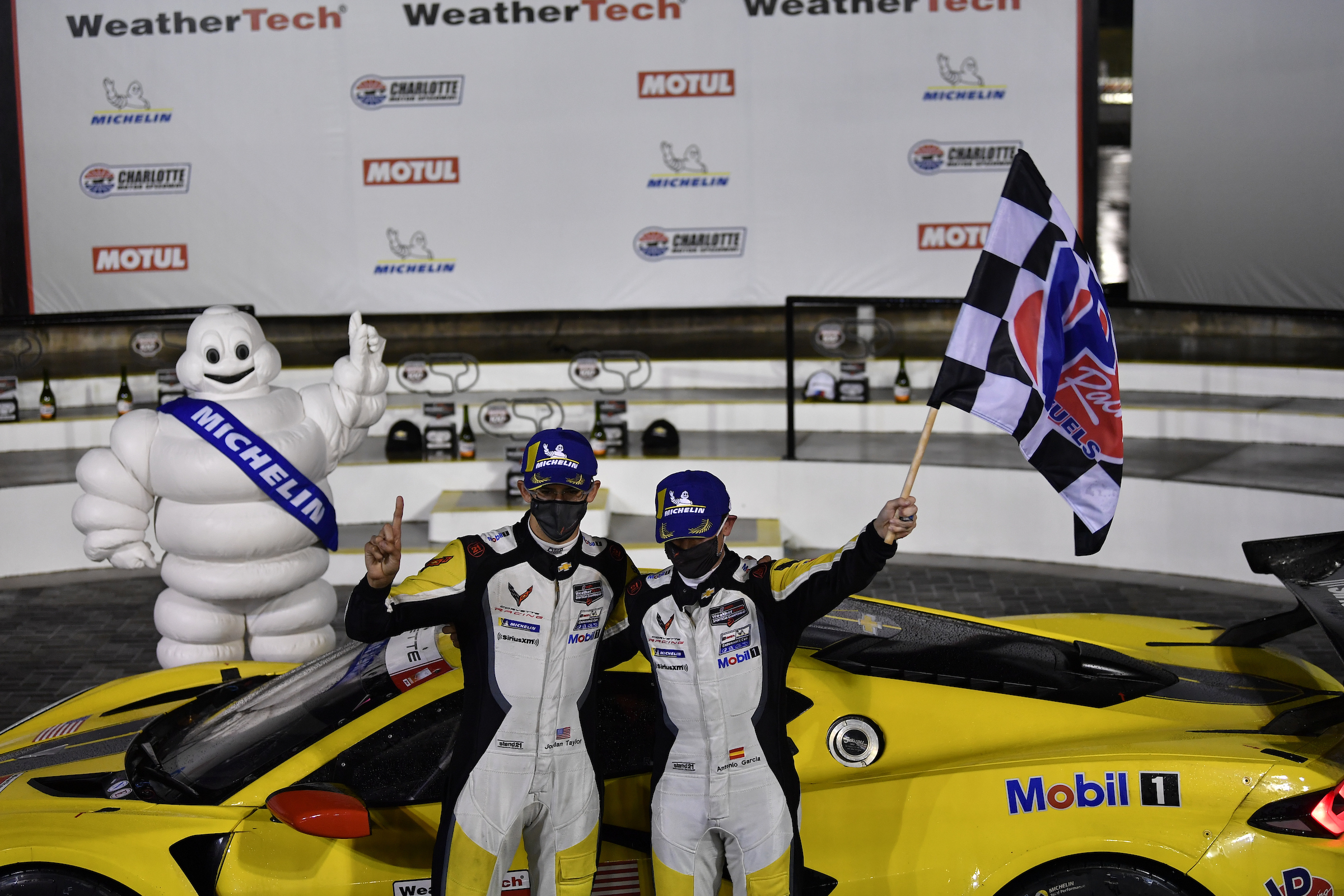 Michelin congratulates the race winners of the Motul 100% Synthetic Grand Prix at Charlotte: