Despite track temperatures more than 125 degrees, qualifying produced the 200th and 201st new lap records for Michelin since becoming the Official Tire of IMSA in 2019.

Tom Blomqvist set a new track qualifying record with a 1:29.580 lap, aboard the Meyer Shank Racing Acura DPi. The Wayne Taylor Racing Acura of Felipe Albuquerque prevailed in dramatic fashion in the final sprint to the 1-2 Acura race finish.

“To break 200 records at the variety of tracks with so many different manufacturers and teams is a great demonstration of the wide range of performance found in our MICHELIN® Pilot® Sport family of tires. Although it doesn’t appear in the record book, we are equally proud of our performance of rain tires in difficult conditions, as well,” said Tony Ménard, director of motorsport Michelin North America. 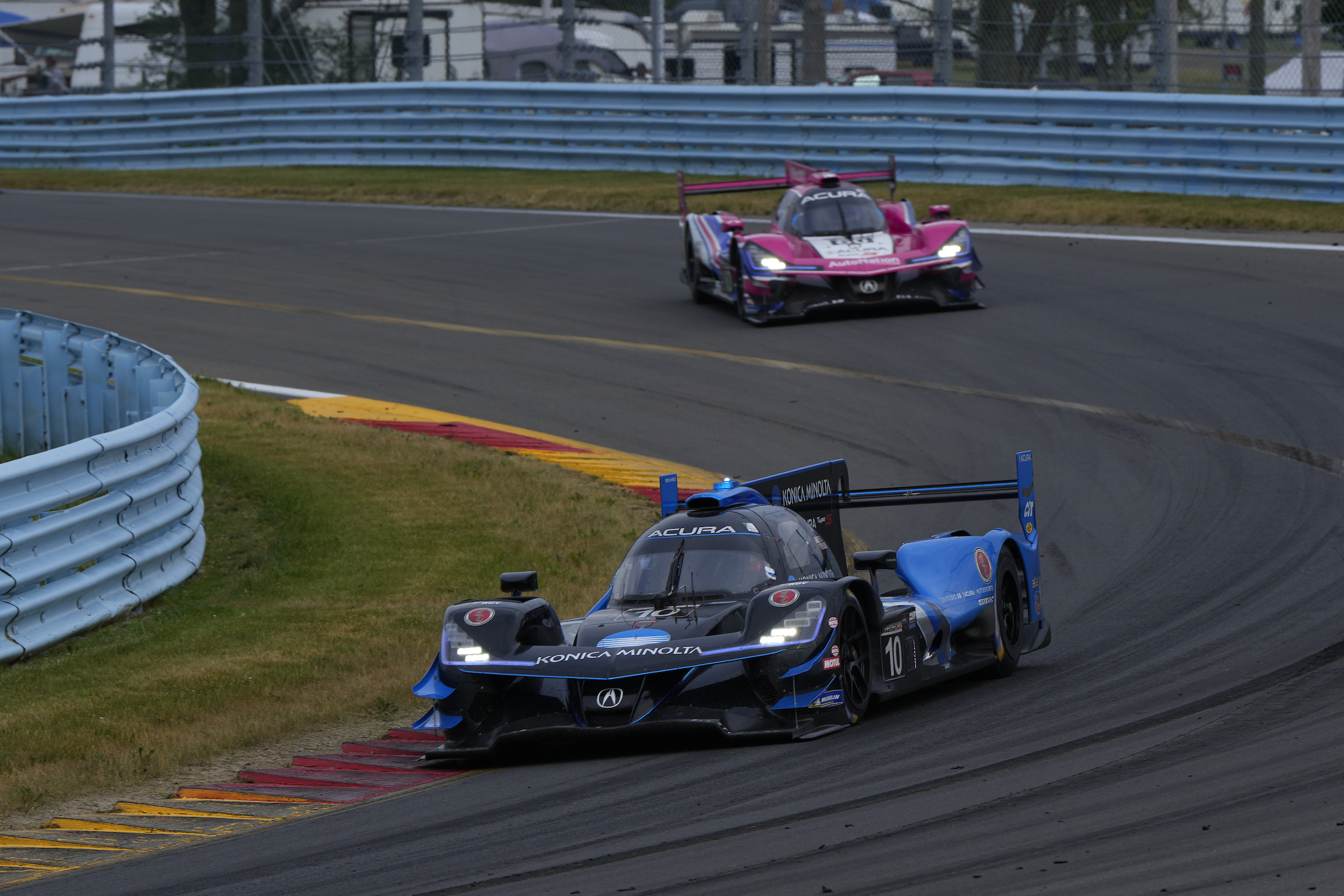 Lightning forced a stoppage of racing, but the green flagged waved again with less than 30 minutes to go. The restart saw the No. 10 Wayne Taylor Racing Acura DPi driven by Filipe Albuquerque pass the No. 60 Meyer Shank Racing DPi piloted by Tom Blomqvist. The two battled until the finish with the No. 10 holding onto victory. Taking third was the No. 01 Cadillac Chip Ganassi Racing team. 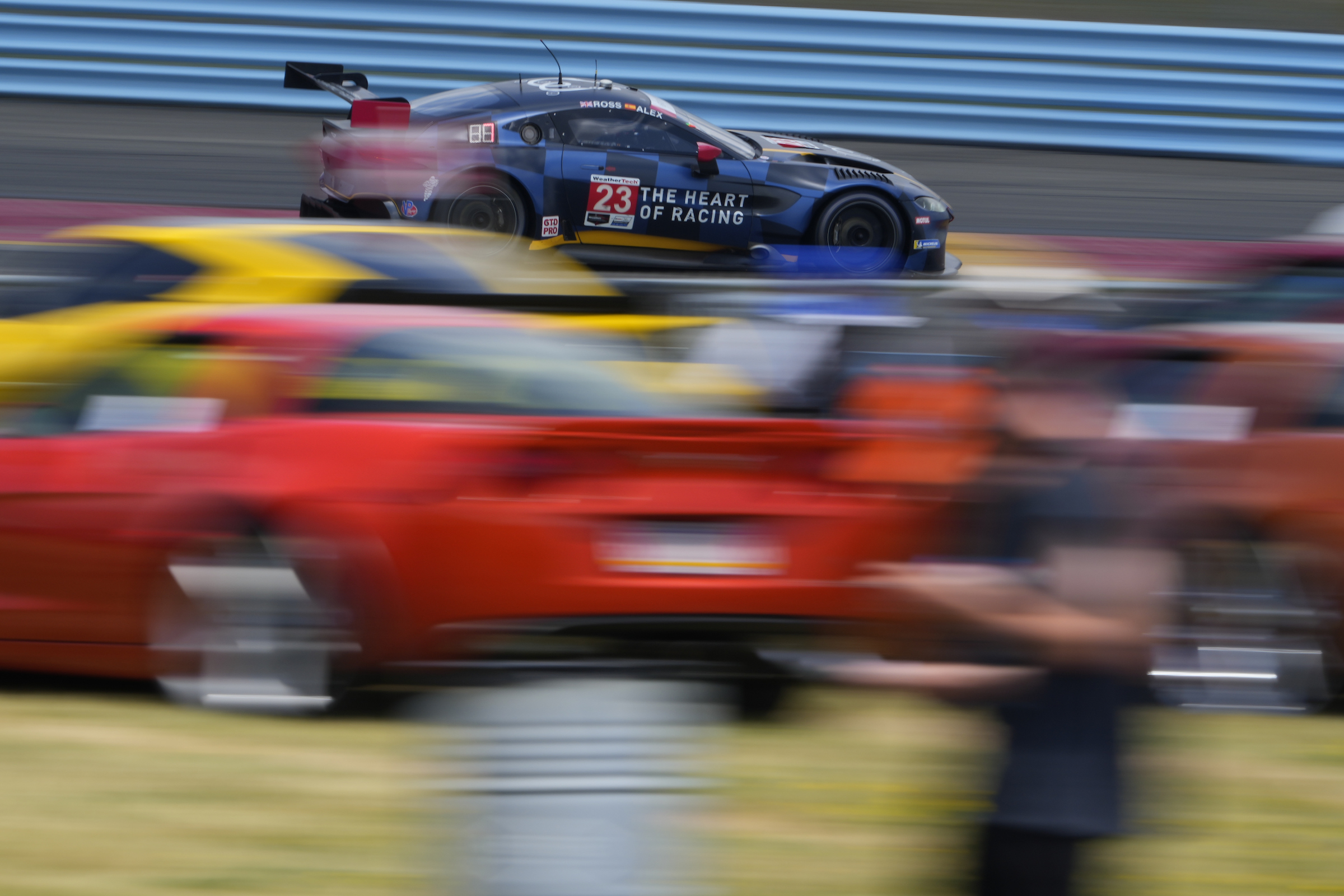 Because of drive time infractions by teams in GTD PRO and GTD, the Heart of Racing team was upgraded to winners in both classes. Ross Gunn and Alex Riberas drove the No. 23 and Roman De Angelis, Maxime Martin, and Ian James ran the No. 27.

Risi Competizione took second in GTD PRO racing the No. 62 Ferrari 488 and the No. 9 Porsche 911 of Pfaff Motorsports crossed the finish line in third. In GTD, Inception Racing finished second in the No. 70 McLaren 720S and the No. 96 BMW M4 of Turner Motorsport took the final spot on the podium.

Ben Keating, Mikkel Jensen, and Scott Huffaker stood atop the podium after driving the No. 52 ORECA to victory for PR1 Mathiasen Motorsports. Tower Motorsport finished second and Racing Team Nederland rounded out the LMP2 podium.

The sporting world celebrated the outcome of the Tioga Downs Casino Resort 120 with Robert Wickens scoring his first IMSA win with fellow Canadian co-driver Mark Wilkins and Hyundai Bryan Herta Autosport in TCR. Wickens returned to racing in 2022 after being paralyzed in a crash four years ago. Turner Motorsport won GS with Bill Auberlen and Dillon Machavern in the No. 95 BMW M4. Wickens and the No. 95 team won the Michelin IMSA Radio Moment of the Race.

Michelin is encouraging sustainability by rewarding WeatherTech and Prototype Challenge teams for efficient tire use. The Michelin Efficient Performance Award is being given in each class based on the numbers of laps completed and number of MICHELIN® slick race tires used in a race. Midyear awards are being given out along with a $5,000 tire credit. The first winners were announced at Watkins Glen in three classes.

The 2022 IMSA WeatherTech Sports Car Championship now returns to Canadian Tire Motorsport Park in Ontario for the first time since 2019. Drivers will race for the Chevrolet Grand Prix on Sunday, July 3rd. The race can be seen on NBC and Peacock at 3:00pm ET