One of the fastest circuits in endurance racing became even more demanding on a hot, sunny day, as Michelin met and exceeded every challenge at the Sahlen’s Six Hours of The Glen.

“We are pleased to have provided the IMSA WeatherTech, Michelin Pilot Challenge and Porsche Carrera Cup North America teams with very strong tire performance on such a demanding circuit,” said Tony Ménard, Michelin North America director of motorsport. “Delivering strong, lasting performance over time is essential both in endurance racing and for consumers,” said Ménard.

The winner of the past 23 consecutive 24 Hours of Le Mans races, Michelin is the official tire of IMSA and the Michelin Endurance Cup. The fourth and final Endurance Cup event of the 2021 season, the ten-hour Motul Petit Le Mans will be held at Michelin Raceway Road Atlanta on November 13. 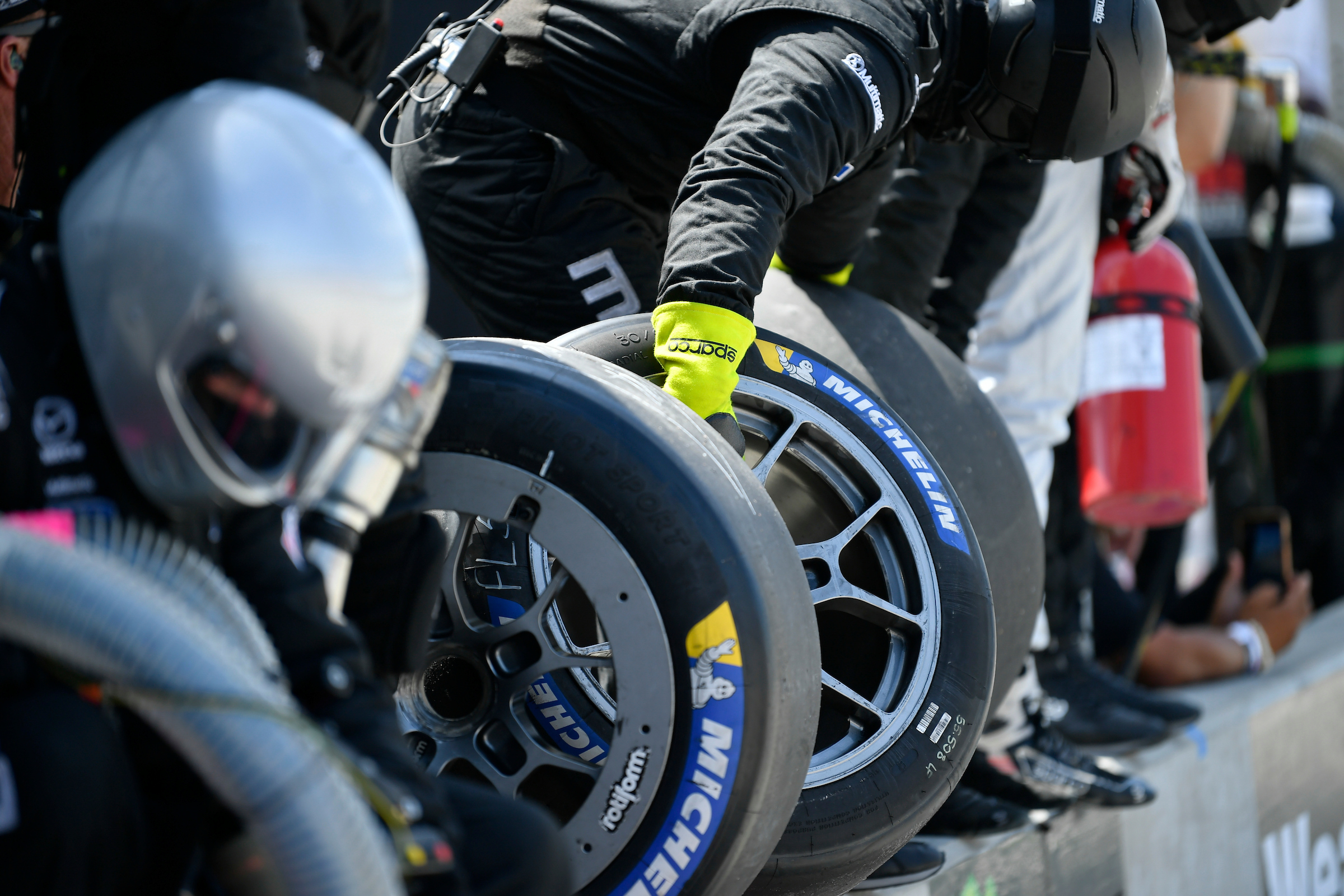 Mazda Motorsports returned to New York as defending overall champions of the Sahlen’s Six Hours of the Glen. Their 2019 win marked the first for the Mazda program in IMSA. The No.55 Mazda RT24-P piloted by Harry Tincknell, Jonathan Bomarito and Oliver Jarvis took the lead this year with about 30 minutes left in the race through pit strategy during a yellow flag.

Tincknell then saved enough fuel to hold off the No. 60 Acura ARX-05 Meyer Shank Racing w/Curb-Agajanian run by Olivier Pla and Dane Cameron by .965 of a second. The No.10 Konica Minolta Acura ARX-05 driven by Ricky Taylor, Filipe Albuquerque and Alexander Rossi rounded out the DPi class podium. 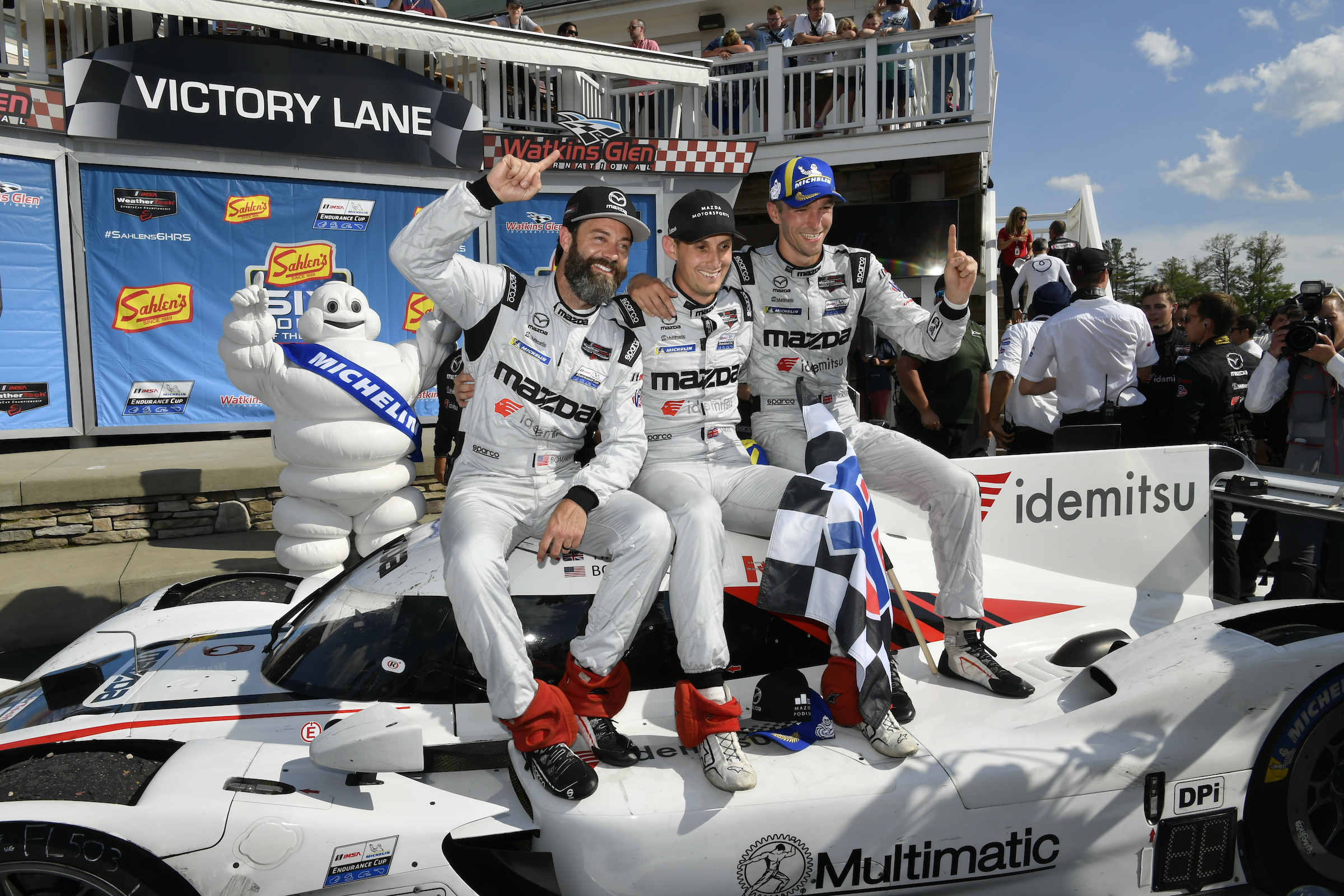 In GTLM, the No. 3 Corvette Racing team with drivers Antonio Garcia and Jordan Taylor took the win by .845 of a second over the BMW Team RLL entry of John Edwards, Jesse Krohn and Augusta Farfus. Their BMW Team RLL teammates Connor De Philippi, Philipp Eng and Bruno Spengler completed the podium in third place.

Drivers Felipe Fraga, Scott Andrews, and Gar Robinson led Riley Motorsports to a first-place finish in the #74 Ligier JS P320 VK in the LMP3 class. Finishing second, just 1.635 seconds behind was the No. 54 Core Autosport team of Colin Braun, Jonathon Bennett and George Kurtz. Riley Motorsports claimed another spot on the podium as the No. 91 driven by Jim Cox, Dylan Murry and Jeroen Bleekemolen finished third. 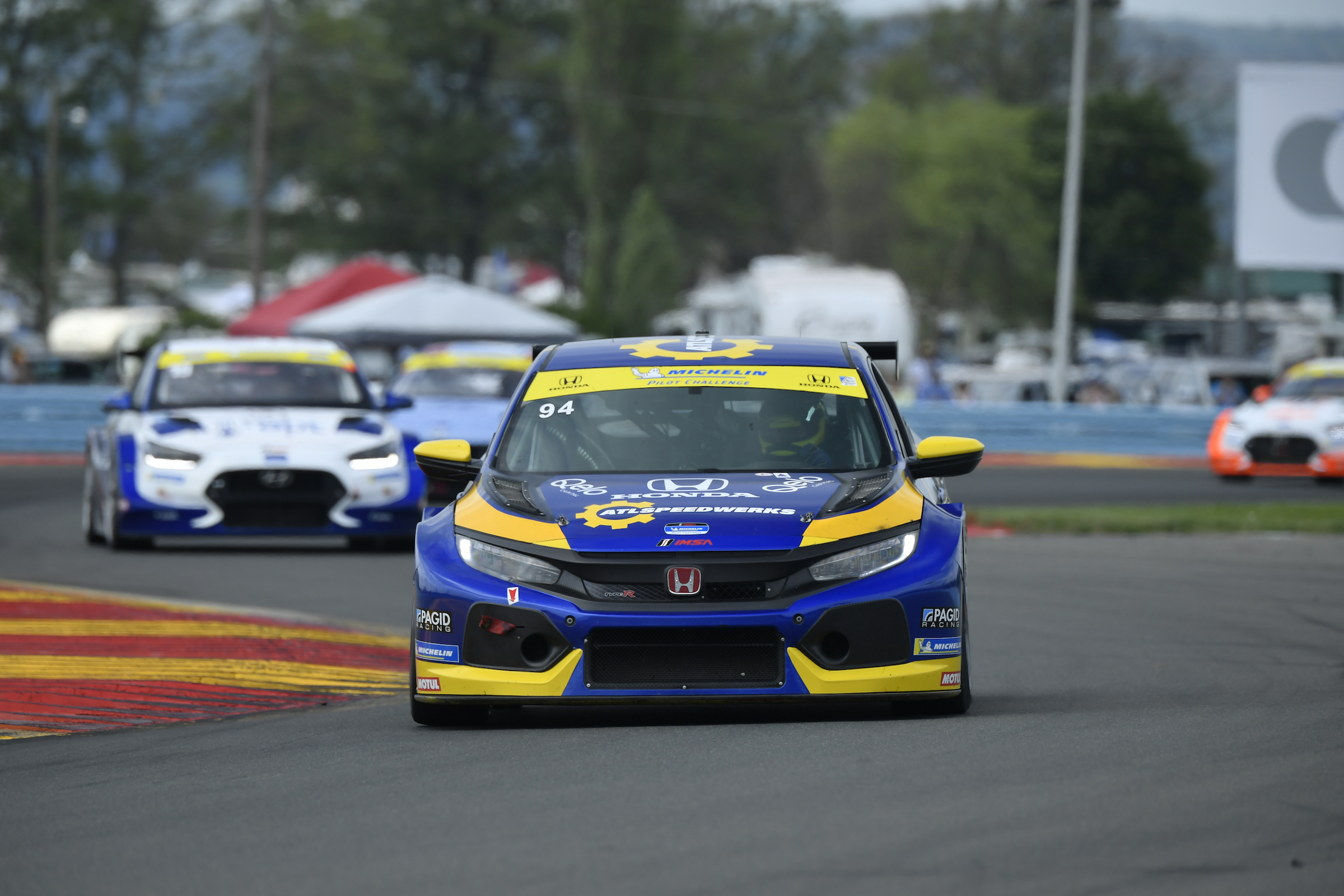 The 2021 IMSA WeatherTech Sports Car Championship returns to Watkins Glen International to race on Friday in the WeatherTech 240 at the Glen. The race starts at 6:10 pm and will air on NBCSN. 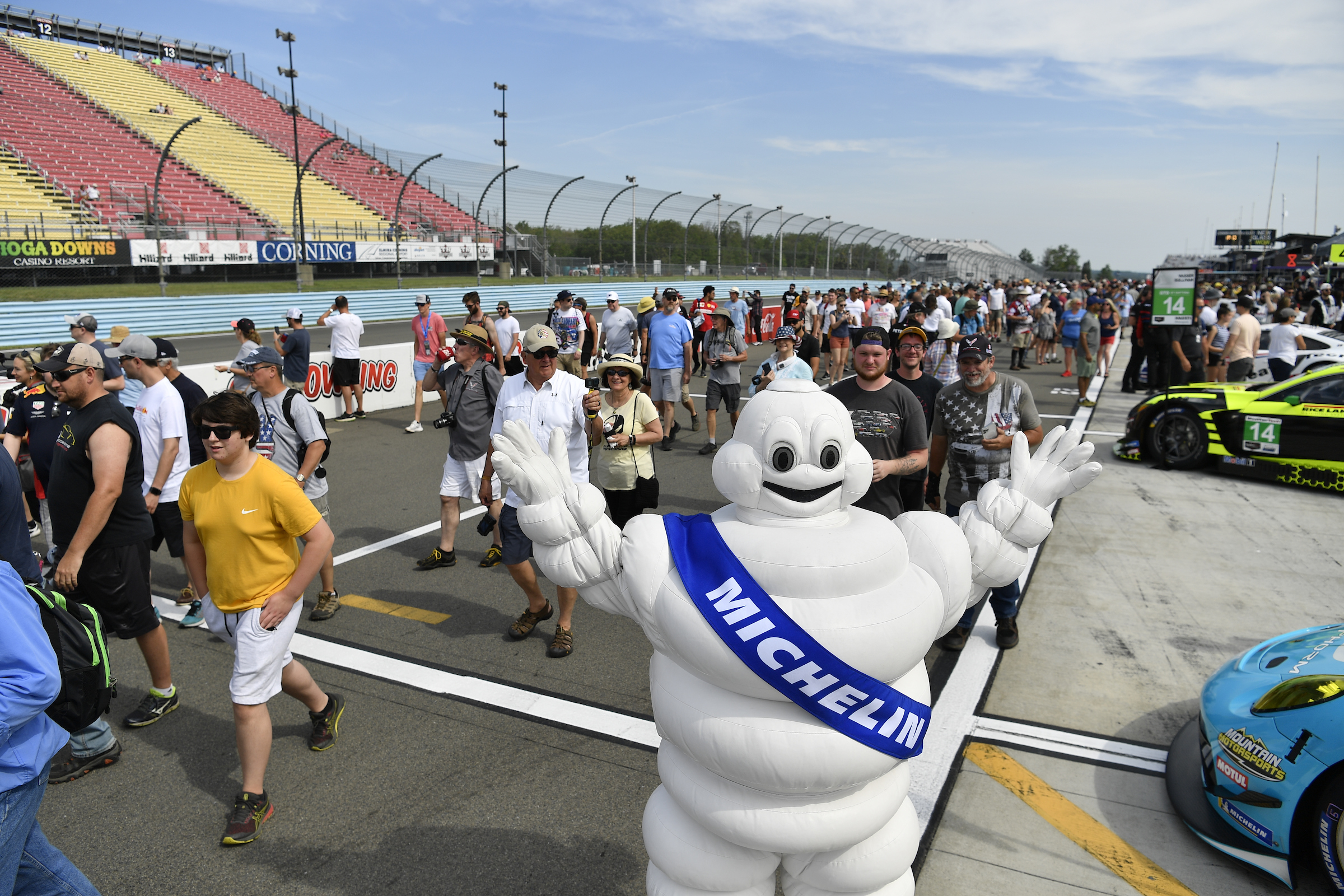