Alton, VA, October 10, 2021— The track conditions changed, but the Michelin performance was consistently strong in the Michelin GT Challenge at VIRginia International Raceway.

“Michelin has a long-standing relationship with VIRginia International Raceway,” said Tony Ménard, director of motorsport, Michelin North America. “We have tested our tires here during product development, we race here and have a track partnership with VIR. And in joining forces with IMSA and VIR to bring the Michelin GT Challenge at VIR, this place becomes even more special for us. This track and this race weekend are also a economic drivers for Virginia that we’re glad to be a part of.”

Despite the speed and technical demands of the VIR circuit, the MICHELIN® Pilot® GT Sport tires delivered consistent performance throughout long stints. Proof was evident in tire strategies with some top teams changing only two, or zero tires on final pit stops in the second half of the two-hour and 40-minute race. 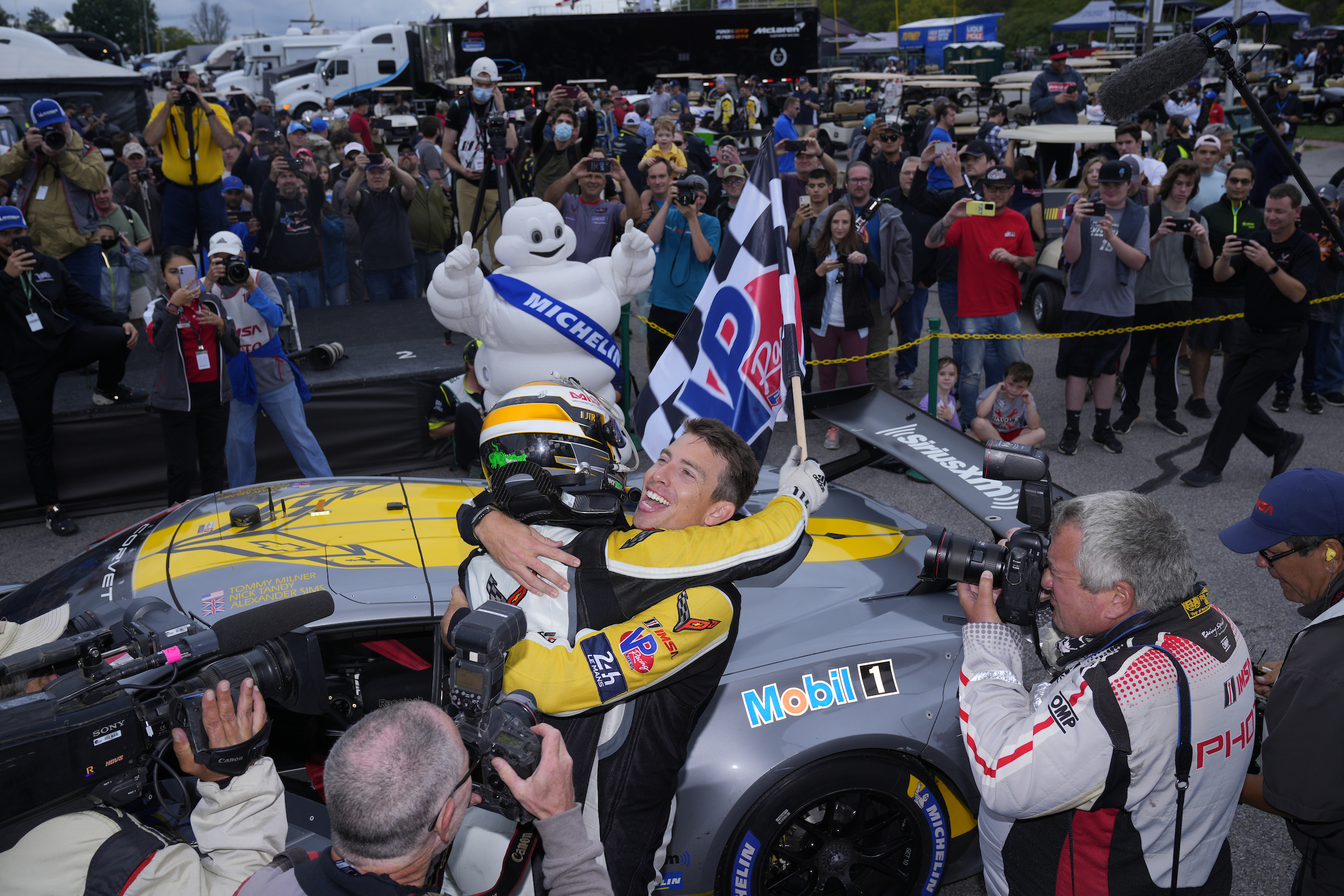 Tommy Milner and Nick Tandy in the No. 4 Corvette C8.R won their third race in a row after sweeping both races in California. Tandy is a Virginia native, and this marked his third win at VIR.

The race in GTLM featured a battle for the lead between the three entries. The No. 3 Corvette C8.R piloted by Antonio Garcia and Jordan Taylor finished second. Cooper MacNeil and Kevin Estre took third in the WeatherTech Racing Porsche 911 RSR – 19. 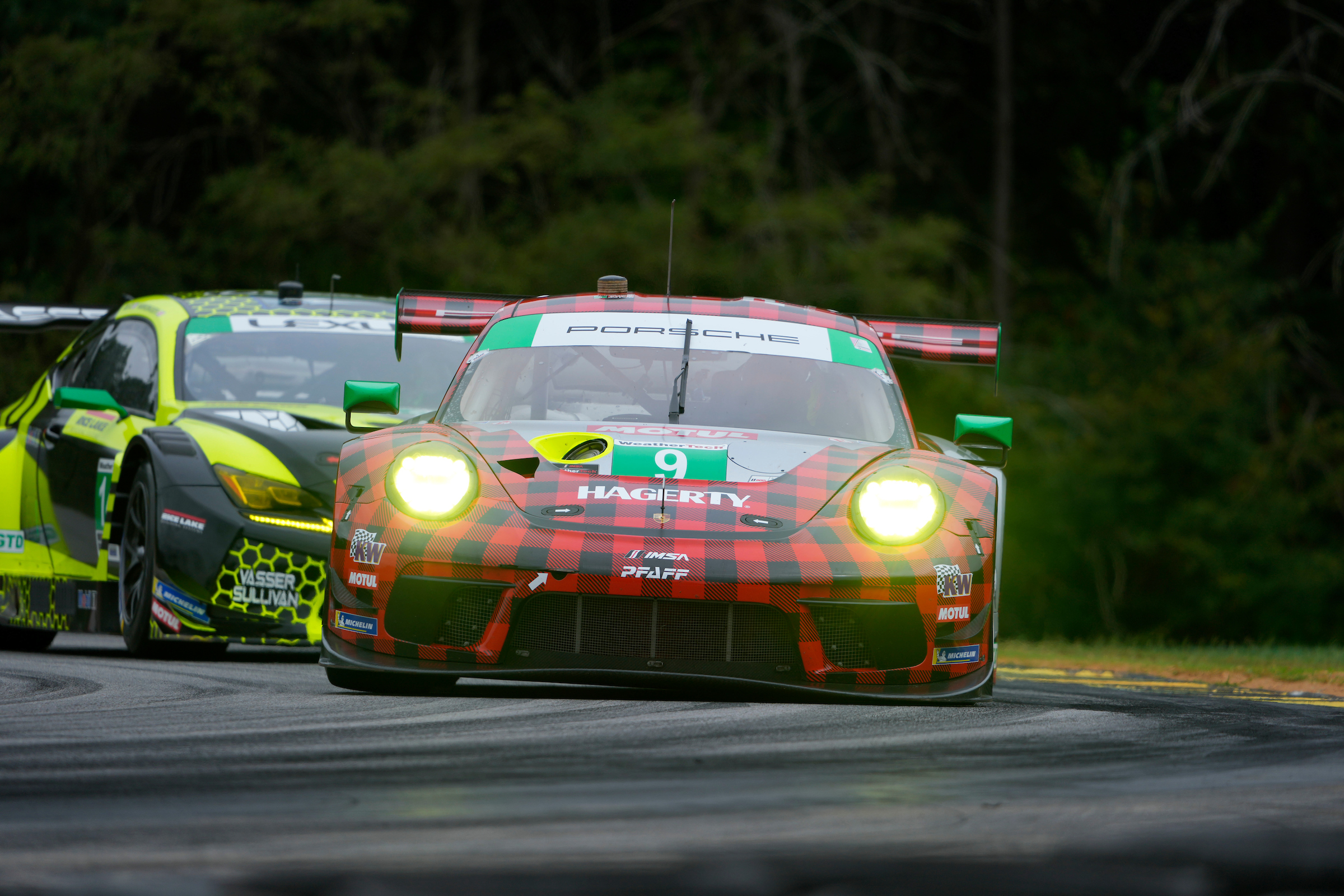 The No. 9 Porsche 911 GT3R drivers Laurens Vanthoor and Zacharie Robichon won their fourth race of the season. The team extended their narrow championship lead in the highly contested GTD championship.

Vanthoor took the lead in the race from Bill Auberlen with less than 10 minutes remaining after the No. 96 Turner Sports BMW M6 GT3 was involved in a crash with the No. 3 Corvette. The team, currently second in the standings, also took second in the race. Paul Miller Racing No. 1 Lamborghini Huracan GT3 with Bryan Sellers and Madison Snow finished 2.755 seconds behind the No. 9 car. Jack Hawksworth and Aaron Telitz rounded out the podium in the Vasser Sullivan Lexus RC F GT3. 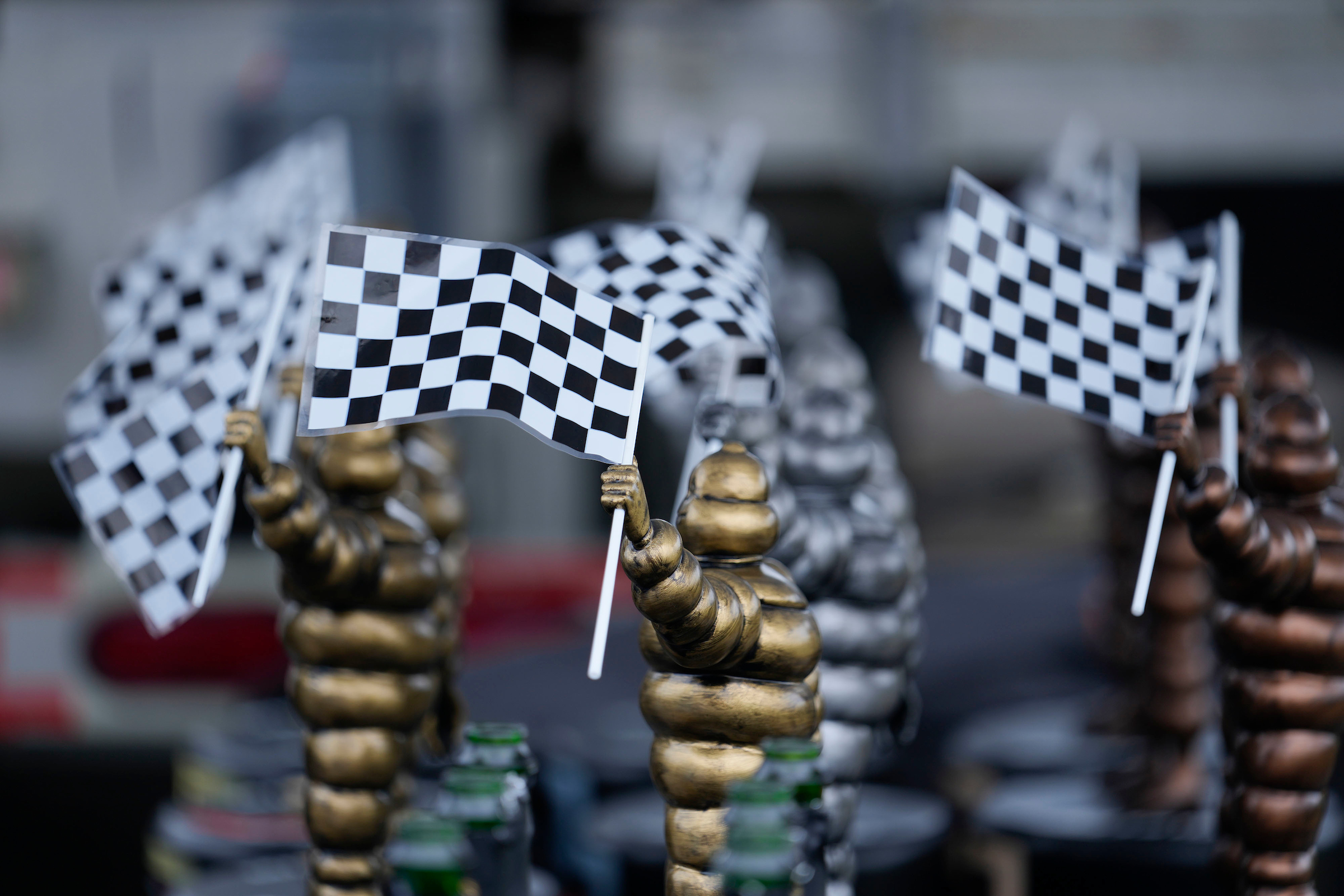 Racers enjoy coming to VIR to race, but the reward for a strong performance is also a favorite. The hardware that comes with a podium finish is one of the most unique trophies in racing. It’s Michelin Man holding a checkered flag. The 3D printed trophies are hand painted in gold, silver, and bronze. Nearly four dozen of the Michelin Man trophies were presented over the weekend. Overall winner, Tommy Milner, shared how the trophy stands out in his vast collection. Watch here. 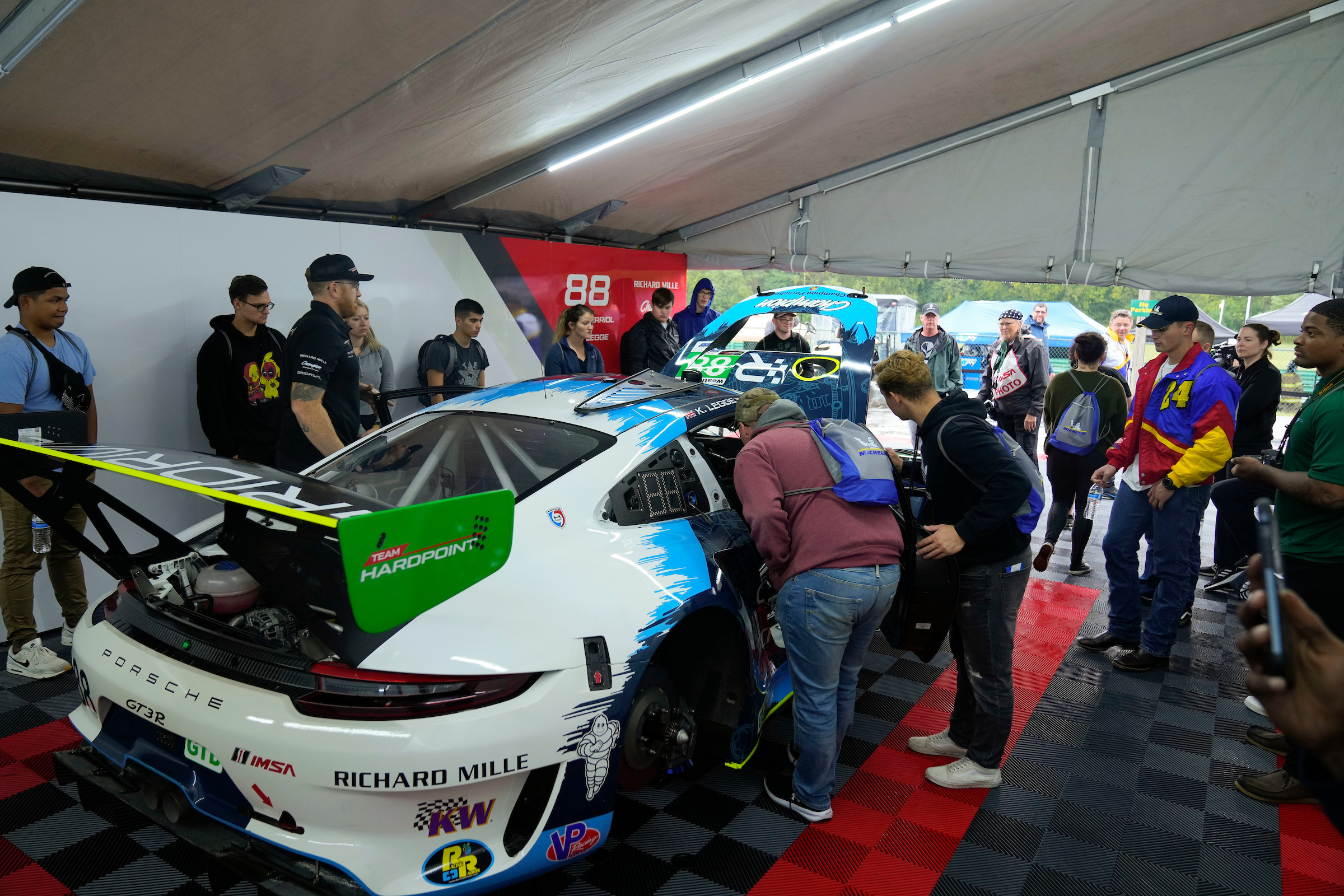 Michelin hosted 20 service members from nearby Fort Bragg. The group experienced hot laps, tours of race shops, and the exciting Michelin GT Challenge. Team Hardpoint gave the members inside access to their racing operation. The team is based out of VIR and owned by military veteran and driver Rob Ferriol. Watch here to learn more about Michelin’s strong relationship with the United States Military and why this weekend was special for several service members.

The 2021 IMSA WeatherTech Sports Car Championship heads to Michelin Raceway Road Atlanta in Braselton, Georgia for Motul Petit Le Mans. This marks the last race of the 2021 IMSA season. The 10-hour race starts at 12:10 pm ET on Saturday, November 13th. The event can be seen live on NBC and NBCSN or on Track Pass on NBC Sports Gold.