“What is key for Michelin is the satisfaction of our customers. A few days after having received all four 2021 J.D. Power Awards for Original Equipment Tire Customer Satisfaction, we have been pleased to do our best to satisfy the racers and teams this weekend with nine new qualifying and race lap records,” said Tony Ménard, director of motorsport, Michelin North America.

“We are also pleased to join with Porsche in the outstanding launch of the new 2021 Porsche Carrera Cup North America. It is our honor to be chosen by Porsche to be part of the global competition debut of its new car, series and our latest tire.

“The 18 automaker brands competing in IMSA share our desire to connect racing performance , technology and brands with production vehicles and we thank them for their collaboration and support in IMSA and their frequent choice of Michelin for key production models,” Ménard said.

The study, based on responses from more than 28,000 vehicle owners, examined satisfaction in four areas: tire wear, tire ride, tire appearance, and tire traction/handling. With these latest honors, Michelin has now won 97 J.D. Power Awards, by far the most of any tiremaker. 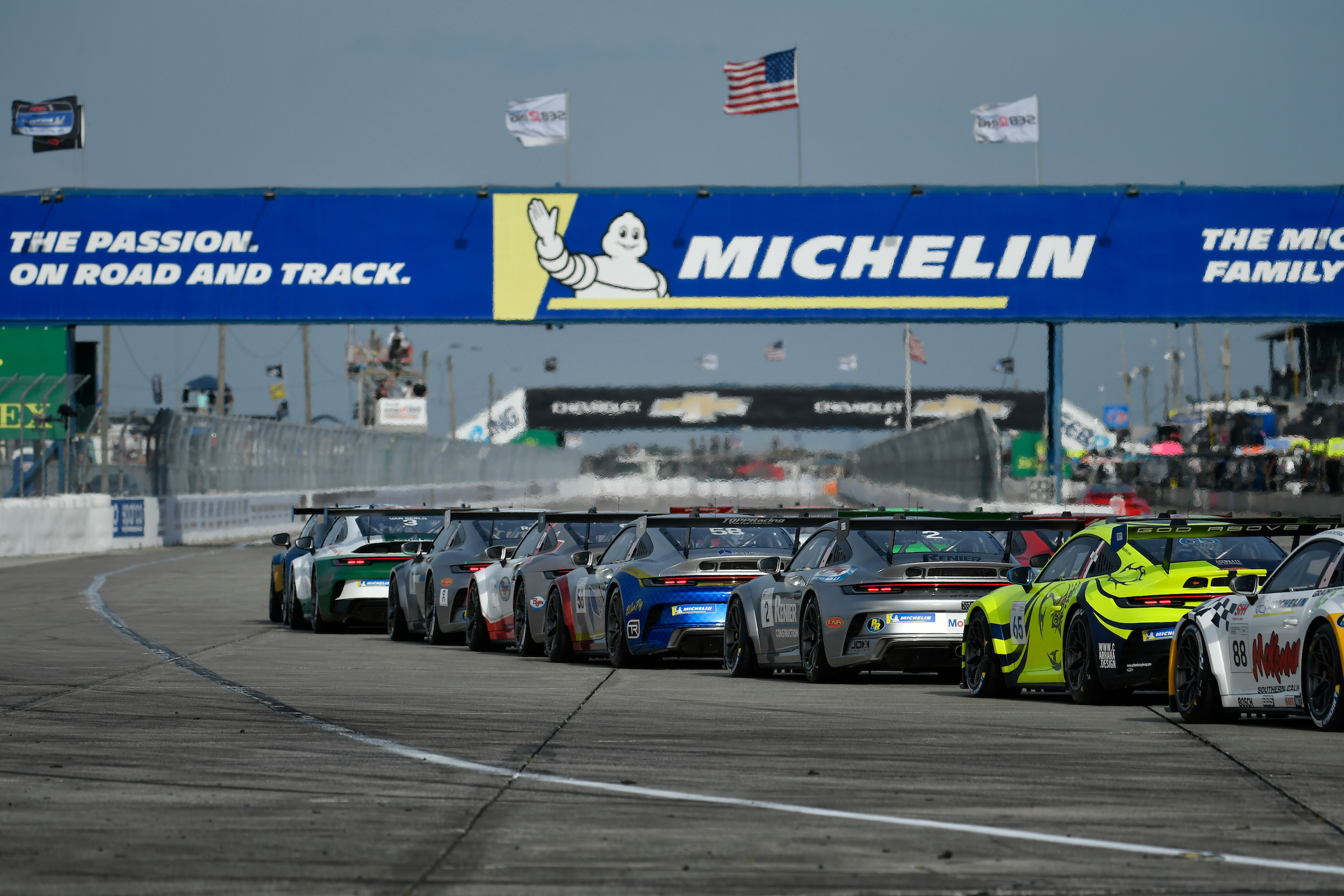 The week at Sebring featured a wide range of conditions, with ambient temperatures anywhere from the mid-50s to high-80s, and track temperatures on the mixed concrete/asphalt surface from as low as 62 degrees to as high as 107.

Michelin congratulates all race winners both in the Mobil 1 Twelve Hours of Sebring and in the additional IMSA MICHELIN Pilot Challenge, Porsche Carrera Cup North America and Prototype Challenge races.

A full list of class winners from the weekend is linked here via MichelinRacingUSA.com. 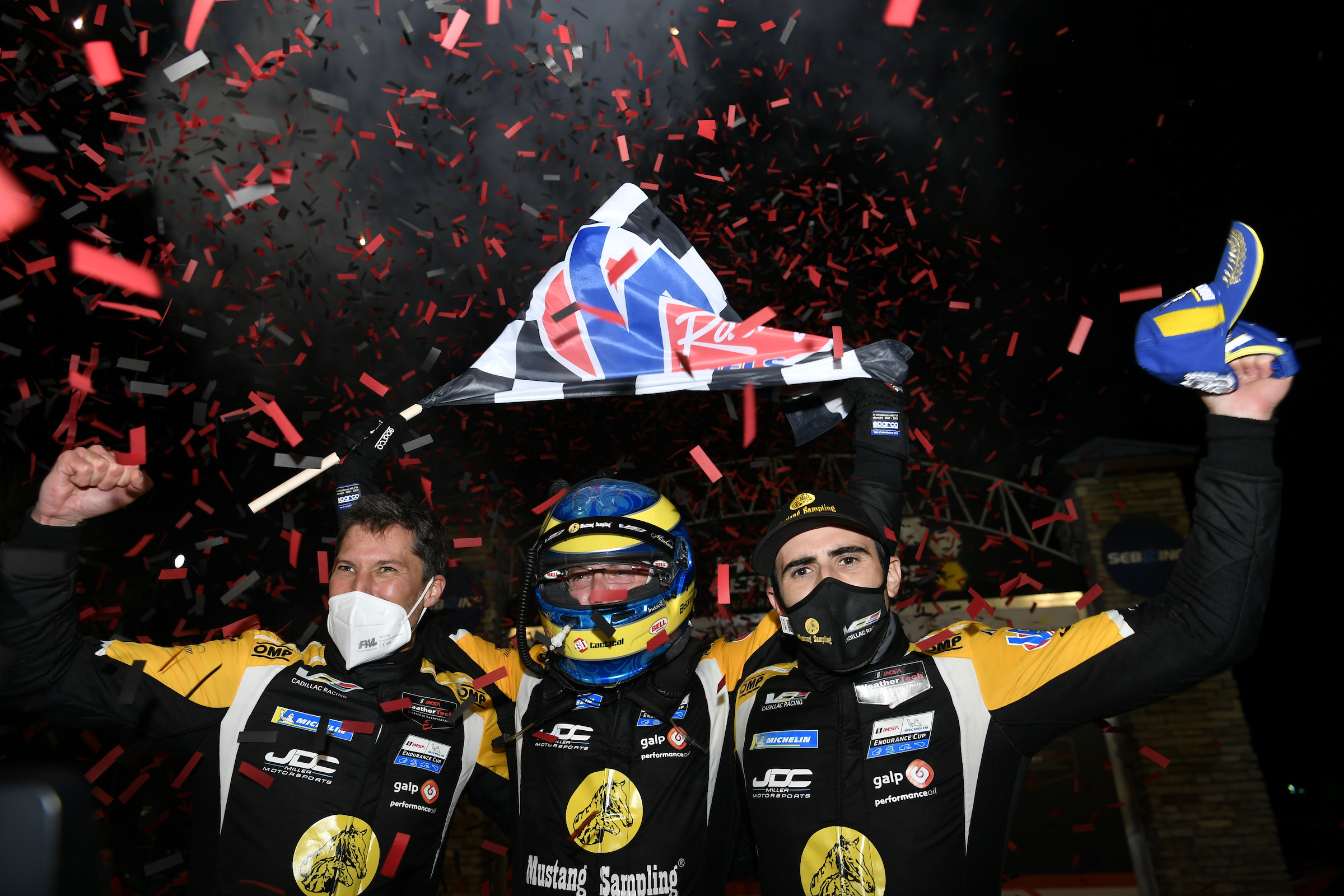 A heavy volume of attrition and action affected most of the DPi class contenders during the Mobil 1 Twelve Hours of Sebring. But when the checkered flag flew, JDC-Miller Motorsports rebounded from a mid-race off-course incident to the overall victory and set a new IMSA DPi distance record in the process (349 laps, 1,305.26 miles beat old mark by one lap).

The team’s No. 5 Mustang Sampling Cadillac DPi-V.R survived contact from another car, and later fought to the finish with rear wing damage. Sebastien Bourdais and Loic Duval scored their second overall Sebring wins, and Tristan Vautier scored his first in the all-French driver lineup.

PR1/Mathiasen Motorsports enjoyed a largely untroubled drive to win in LMP2, while CORE autosport also fought back from in-race contact to capture the LMP3 class victory. 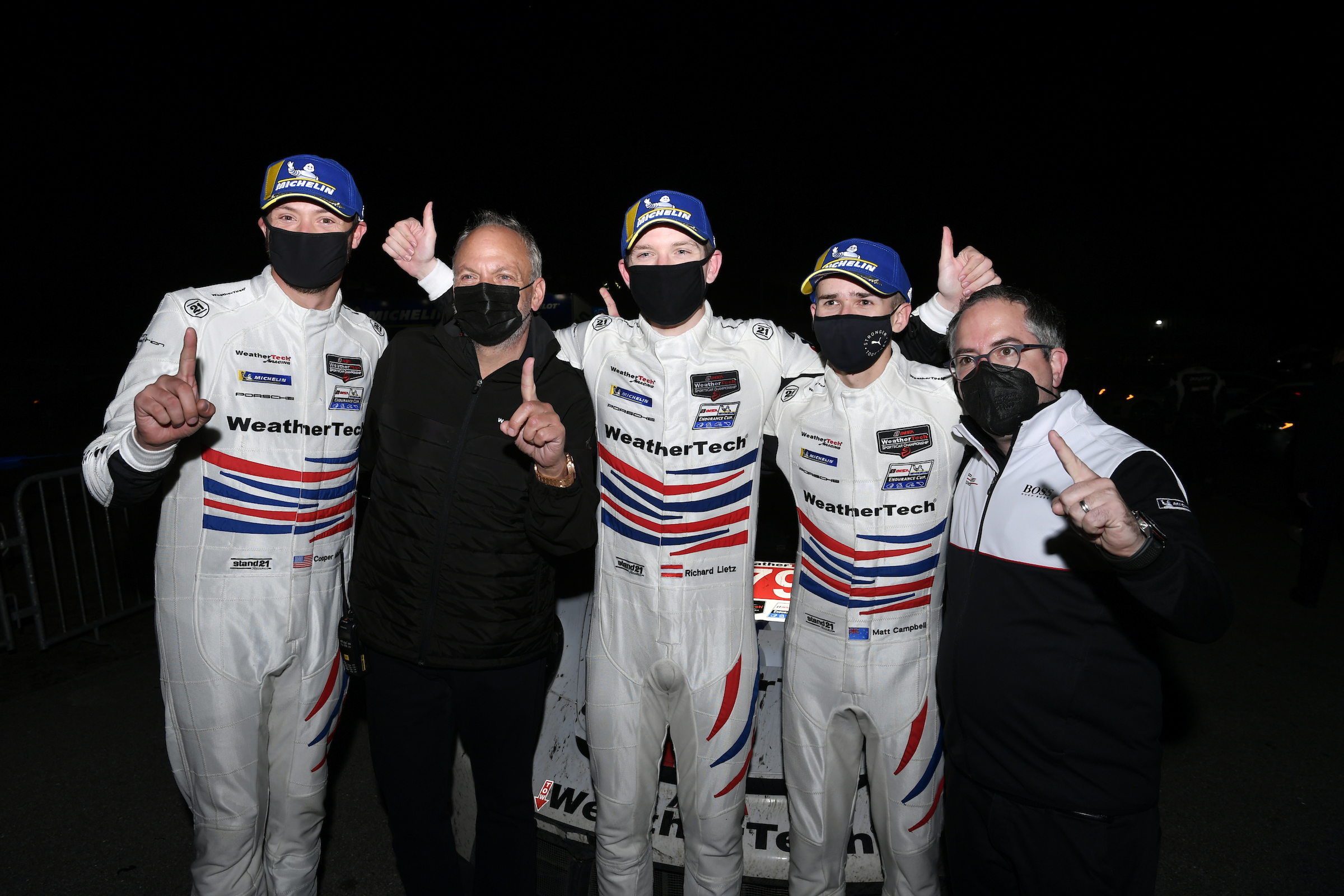 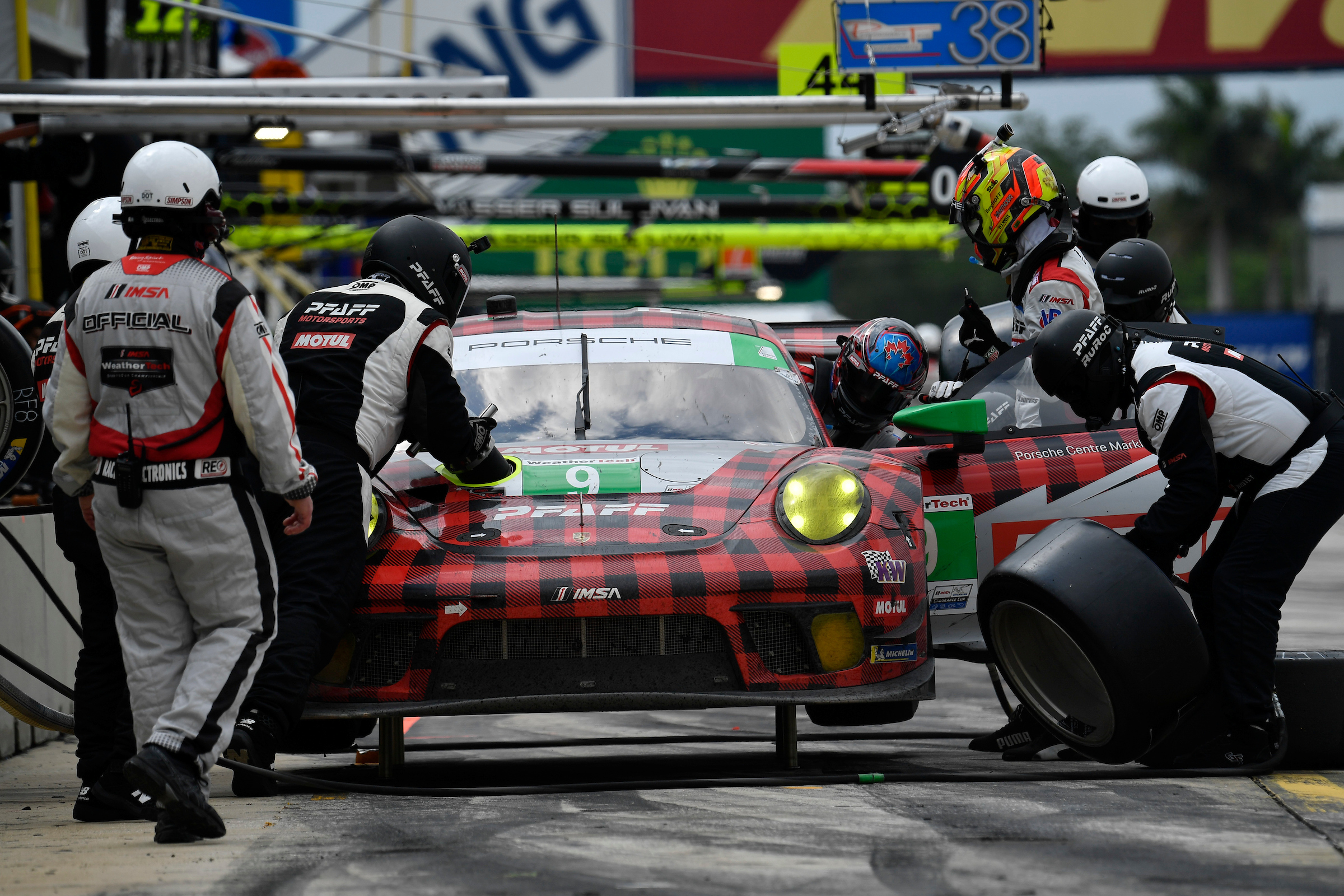 Porsche enjoyed a dynamic weekend at Sebring, with two GT class race wins, the debut of a successful new championship and a pole position.

Wright Motorsports set a pole position for Friday’s IMSA MICHELIN Pilot Challenge race, then finished second in both that race and the GTD race Saturday night. 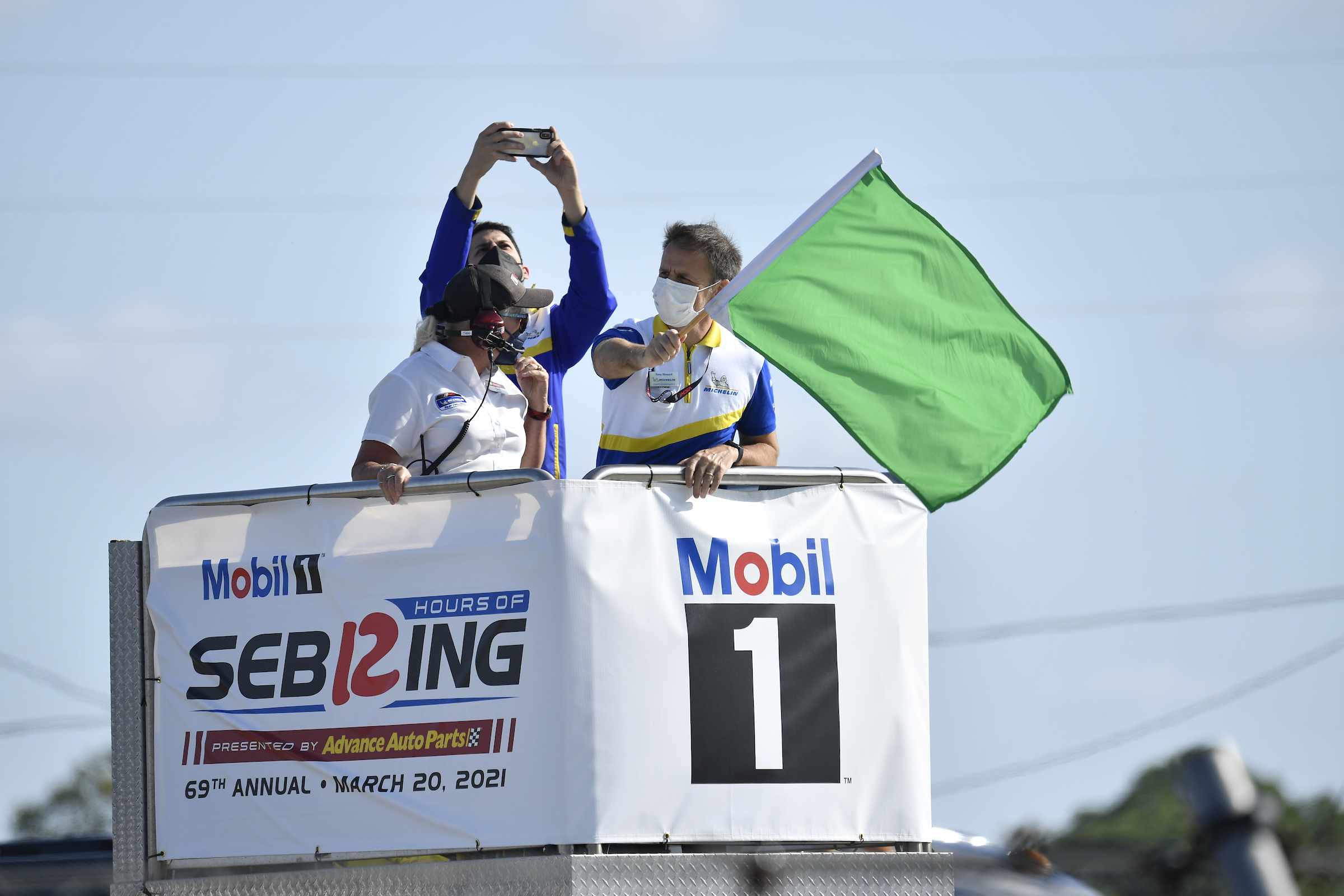 After more than a one-month break, the next round of the 2021 IMSA season occurs at the Mid-Ohio Sports Car Course, May 14-16. The IMSA WeatherTech Championship, MICHELIN Pilot Challenge and Prototype Challenge series are action along with the Idemitsu Mazda MX-5 Cup Presented by BFGoodrich® Tires.