ELKHART LAKE, WI, August 8, 2021— Michelin delivered the exceptional on track performance that its race teams expect and added a new dimension for fans this weekend at Road America.

“Michelin prides itself on the tremendous performance of our tires,” said Amanda Teder, vice president, marketing for Michelin North America. “That performance stems from a mindset of constant tire innovation across a wide range of platforms.”

“We were excited to demonstrate our tire performance on the racetrack at Road America and to showcase our tires for airplanes, tractors, all-terrain vehicles, bikes and motorcycles, all on display this weekend. Through great conversations with IMSA fans, we let people know that Michelin is there to deliver awesome tire performance on and off the track. I am very proud of our teams that worked to support the race.” 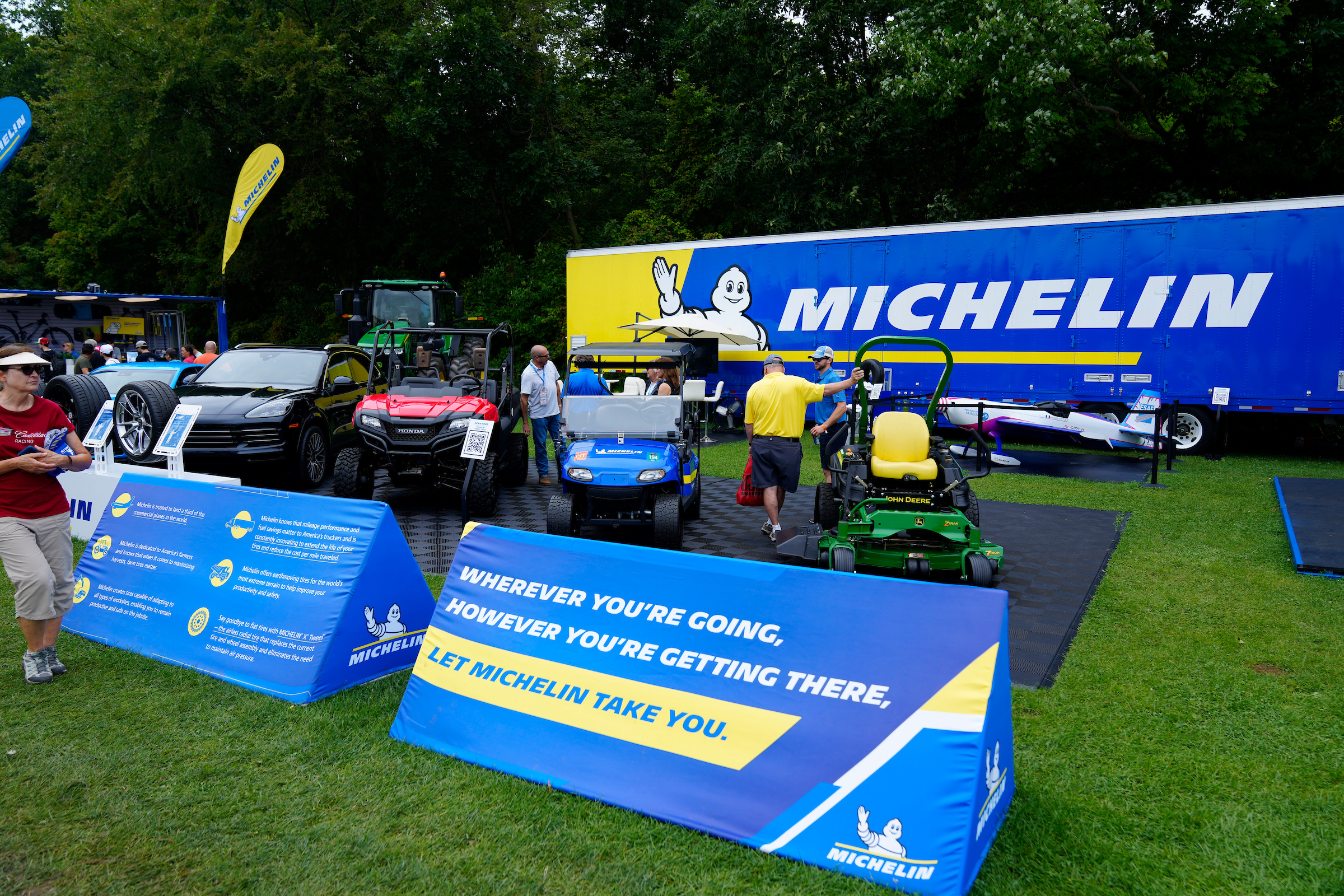 “Road America is a very big, fast, and technically challenging circuit and we are pleased that our tires provided excellent performance in a wide range of conditions, including wet, hot, dry, and mixed weather conditions,” said Tony Ménard, director of motorsports, Michelin North America. 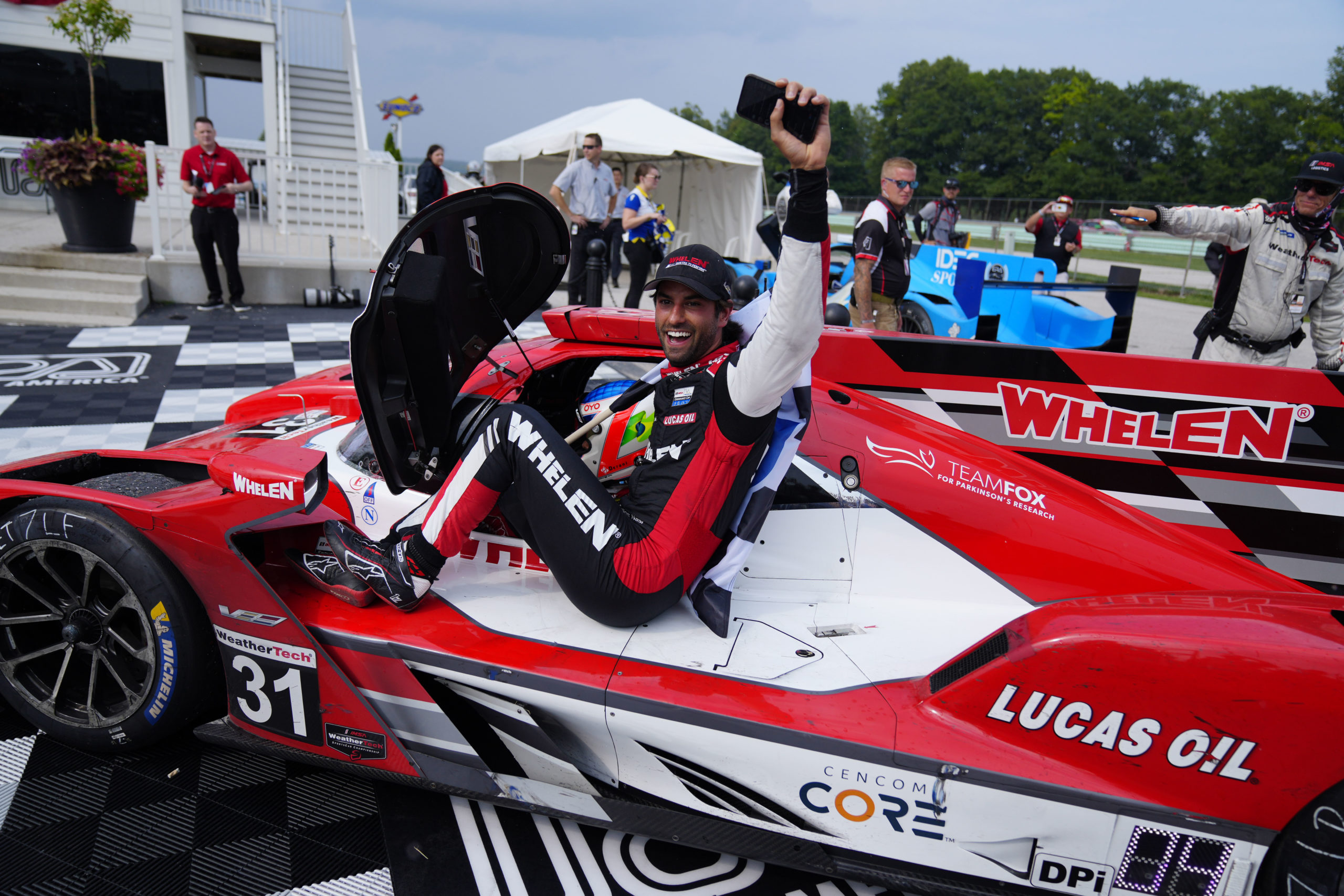 Felipe Nasr and Pipo Derani won their second consecutive race of the 2021 IMSA series in the Cadillac DPi-V. R.

“It was a perfect weekend for us and it’s great to have back-to-back wins.  We sat out the first practice on Friday, so we went into qualifying on a wet track without testing in the rain and still won the pole,” said Nasr.

The Whelen Engineering Racing team took control of the race with just a few minutes left after the No. 60 Meyer Shank Racing Acura ARX-05 DPi driven by Olivier Pla and Dane Cameron had to pit for fuel. Mazda Motorsports finished runner-up with drivers Oliver Jarvis and Harry Tincknell in the No. 55. Finishing out the podium in third were Renger van der Zande and Kevin Magnussen with Cadillac Chip Ganassi Racing. 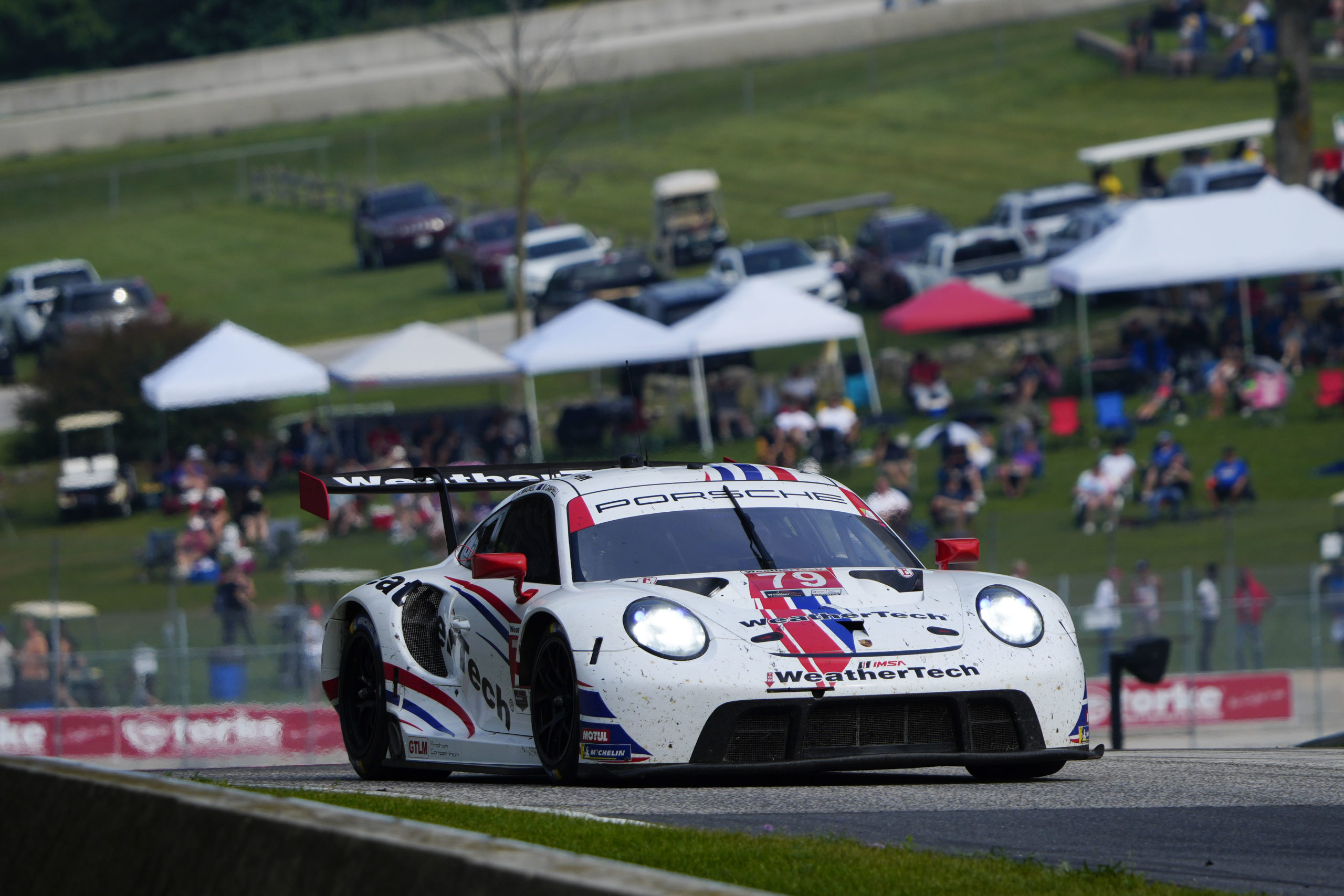 Porsche WeatherTech Racing ended Corvette Racing’s four race win streak in GTLM. The No. 79 Porsche 911 RSR-19 piloted by Cooper MacNeil and Matt Campbell took the victory by 15.855 seconds over the No. 3 Corvette C8.R driven by Antonio Garcia and Jordan Taylor. Taking third was the No. 4 Corvette C8.R raced by Tommy Milner and Nick Tandy.

Porsche Pfaff Motorsports took a trip to victory lane in GTD. The Porsche 911 GT3.R controlled by Zacharie Robichon and Laurens Vanthoor won their second race of the season holding off the No. 96 Turner Motorsport BMW M6 GT3 driven by Bill Auberlen and Robby Foley by 11.876 seconds. Patrick Long and Trent Hindman with Wright Motorsports crossed the finish line third in a Porsche 911 GT3.R. 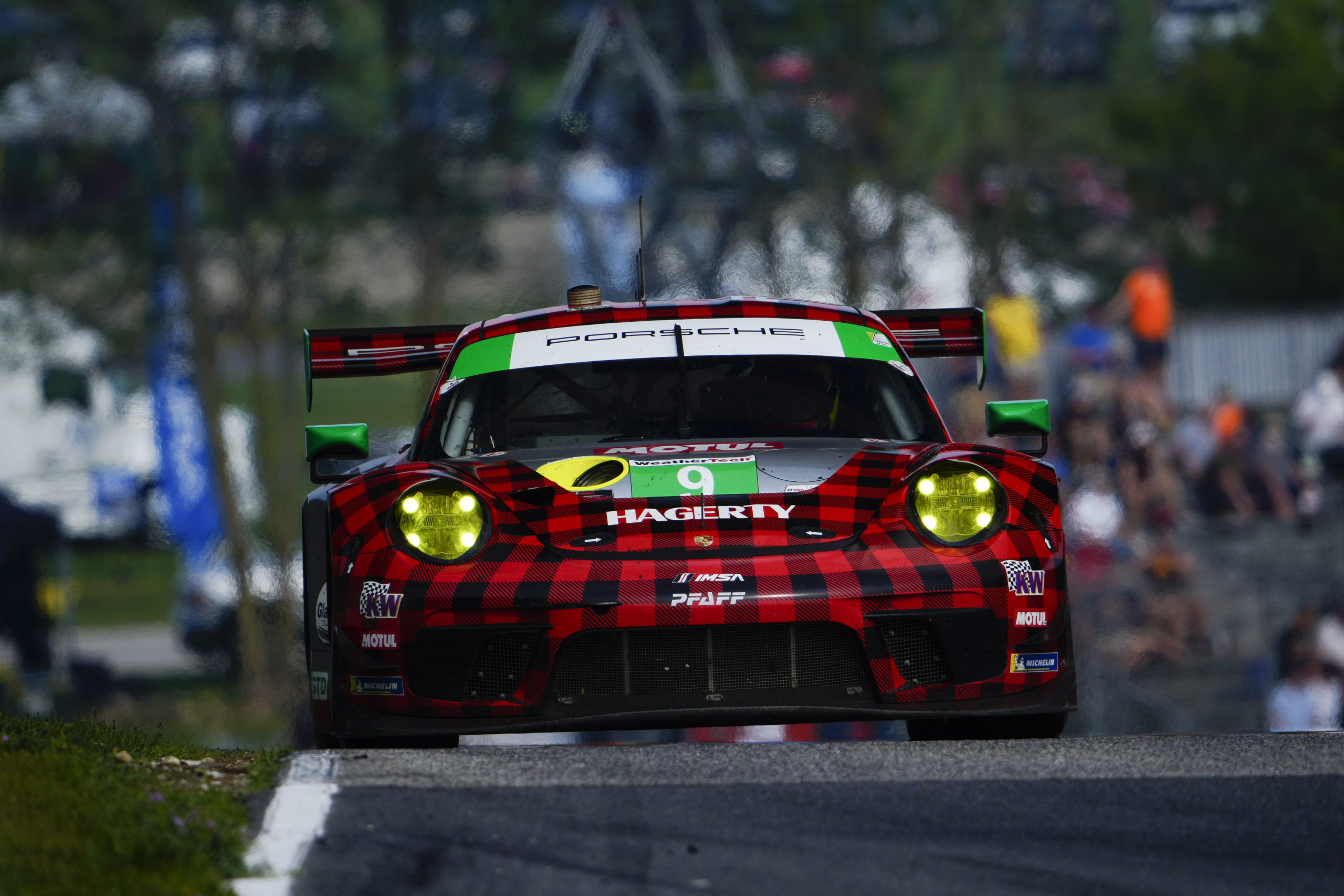 Era Motorsport and Core Autosport victorious in LMP2 and LMP3

Ryan Dalziel and Dwight Merriman led Era Motorsport to a win in LMP2. The No. 18 car won by 5.641 seconds over Tower Motorsports’ Gabriel Aubry and John Farano. Completing the podium in third was Ben Keating and Mikkel Jensen with PR1 Mathiasen Motorsports. 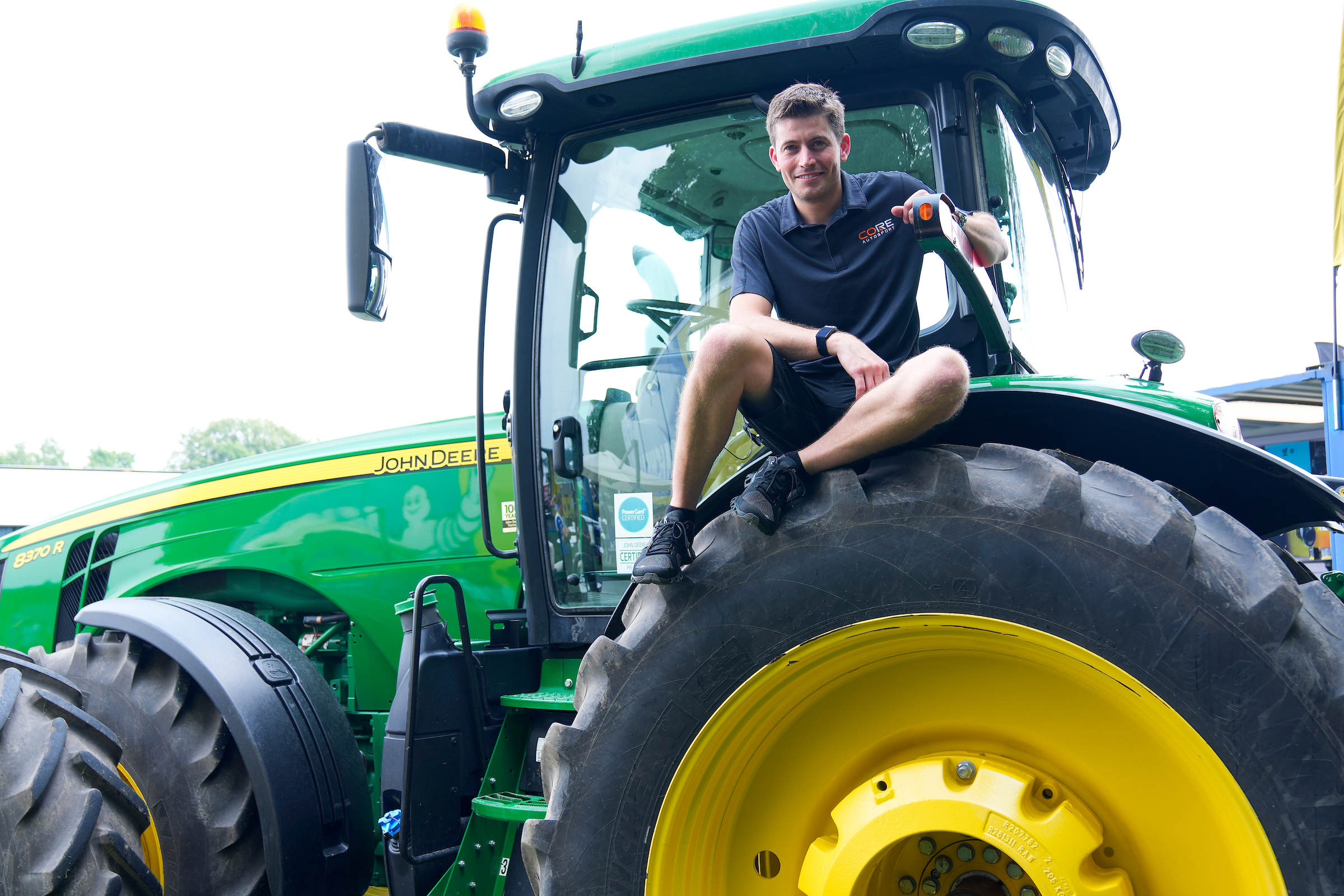 IMSA drivers are known for their elite racing and passion found on the track. But their passions and hobbies can also be seen off the track – whether it’s cycling, flying, off-roading, riding on a motorcycle, or farming. This weekend at Road America, Michelin’s fan activation showcased how its tire performance is a good match for the driver’s wide range of hobbies. The drivers learned that Michelin technology not only goes from track to street, but from track to runway, to farm, quarry, interstate, trail, yard, and more. Watch our video piece here.

The 2021 IMSA WeatherTech Sports Car Championship heads to WeatherTech Raceway Laguna Seca in Monterey County, California. The race starts at 4:10 pm ET on Sunday, September 12. The event can be seen live on NBCSN or on Track Pass on NBC Sports Gold.