The competition was indeed hot, both literally and figuratively, as track temperatures approached 130 degrees, nearly 40 degrees higher than the ambient temperatures, on a very hot and humid day.

“Our return to Lime Rock for the first time in 24 months brought some interesting challenges for our engineers and the WeatherTech Championship and Michelin Pilot Challenge teams in terms of track surface and temperatures,” said Tony Ménard, director of motorsport, Michelin North America.

The two hour-40-minute race on the classic 1.5-mile circuit appeared likely to remain caution free for the third time in four years, but lightning in the area with 71 minutes remaining required a red flag stoppage to protect fans, officials, and teams.

Additional lightning strikes then brought the race to a premature conclusion.

“Our Michelin engineers worked with the teams on tire management and tire strategies to deal with the high temperatures on a track that can take a toll on tires. Our collaboration with the teams helped manage the situation. We are all disappointed that the fans and teams could not see how everything played out, but we will analyze the data and findings and prepare for the next race at Road America,” said Ménard. 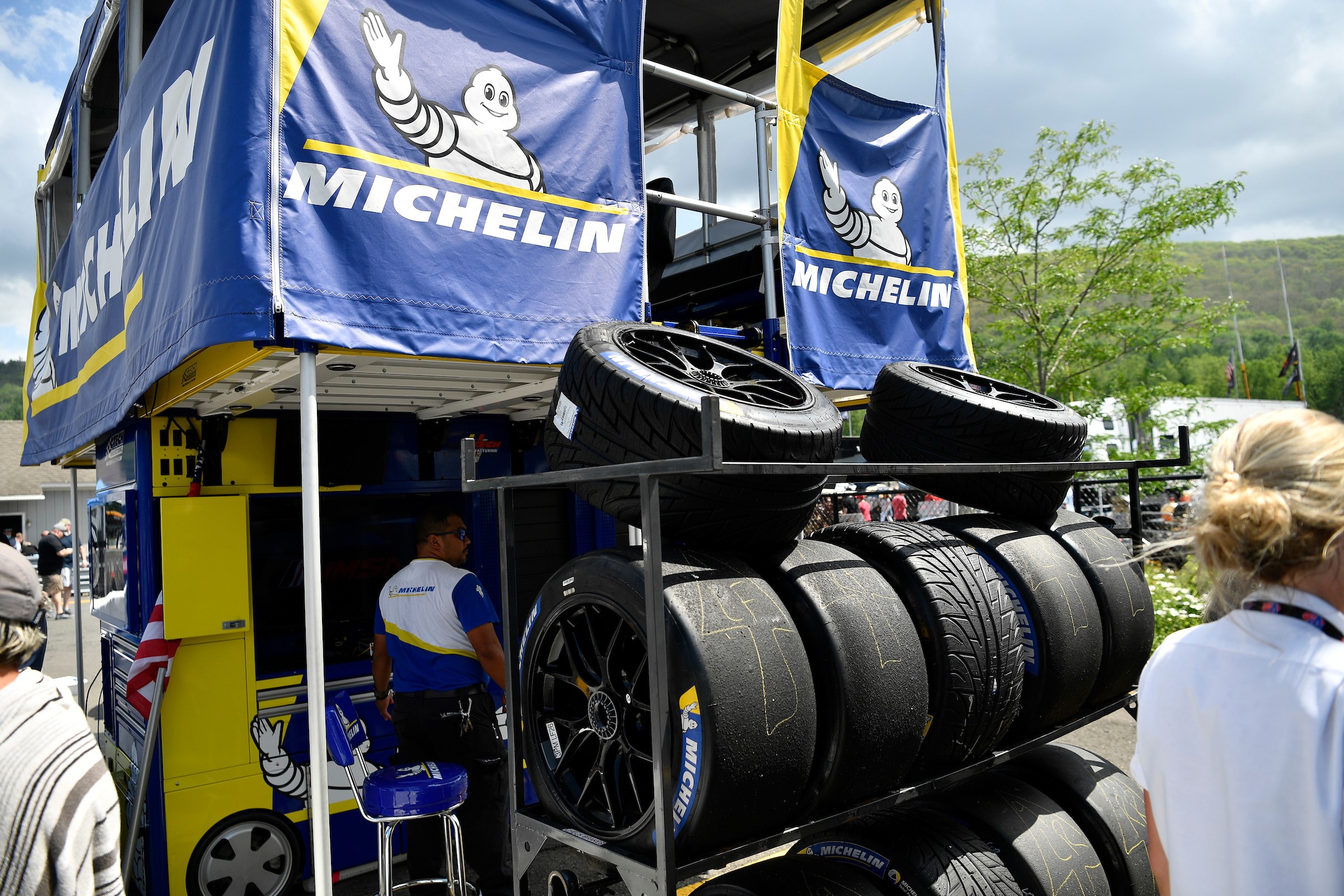 Corvette Racing took the top two spots in GTLM. The No. 3 Chevrolet Corvette piloted by Antonio Garcia and Jordan Taylor started on the pole and hardly looked back before lightning brought out the red flag.

The win by Garcia means that he has now won at every active track in the IMSA series. Tommy Milner and Nick Tandy finished second in the Chevrolet Corvette C8.R. The WeatherTech Racing Porsche 911 RSR-10 driven by Cooper MacNeil and Mathieu Jaminet took third. 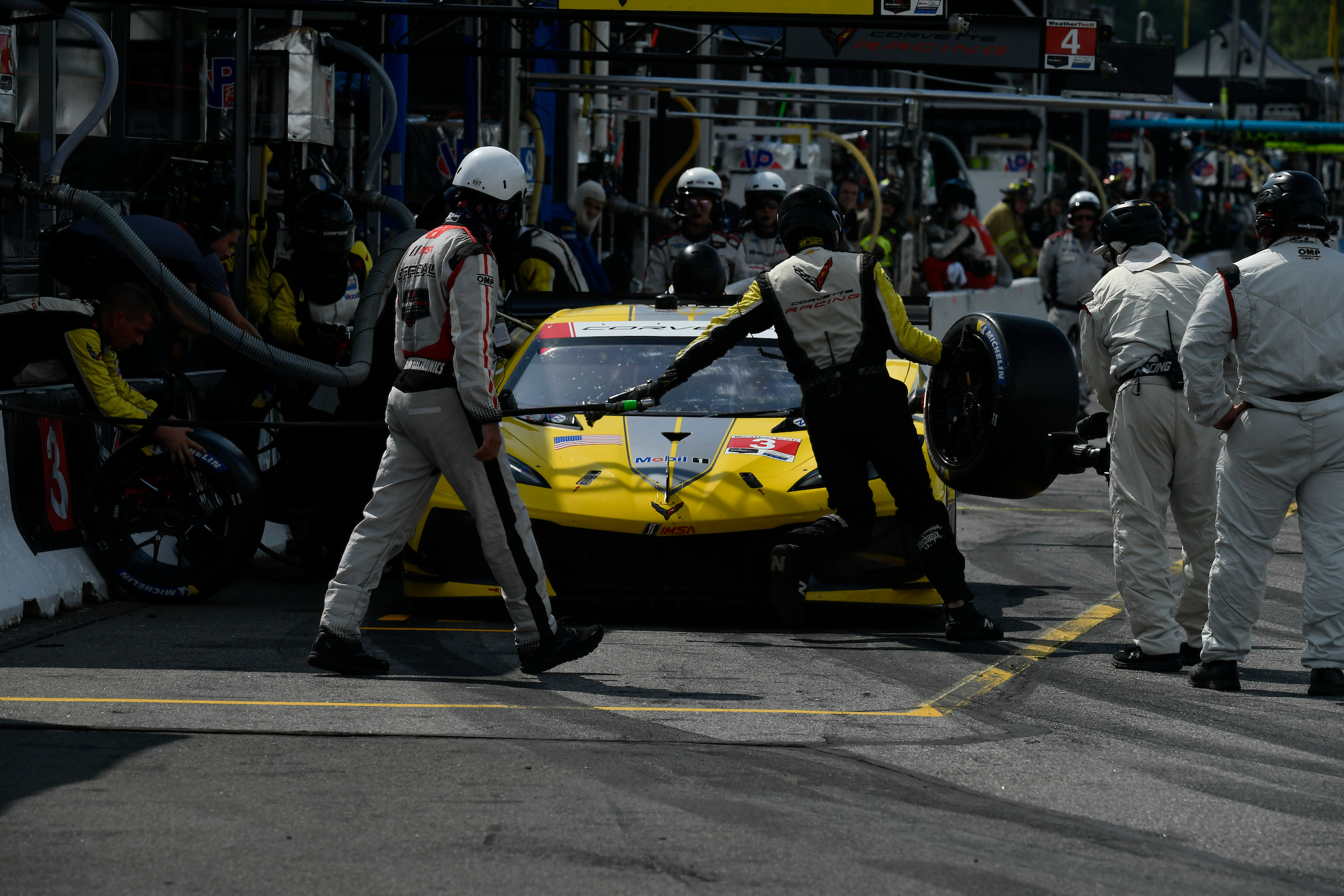 In GTD, Roman De Angelis and Ross Gunn also won from the pole for the No. 23 Heart of Racing Team in the Aston Martin Vantage GT3. The team led most of the way and shifted back to the lead after a pit stop cycle with 108 minutes left in the race. Paul Miller Racing finished second with a Lamborghini Huracán GT3 Evo piloted by Madison Snow and Bryan Sellers.  Rounding out the podium in third was the Lexus RC F GT3 of Jack Hawksworth and Aaron Telitz. 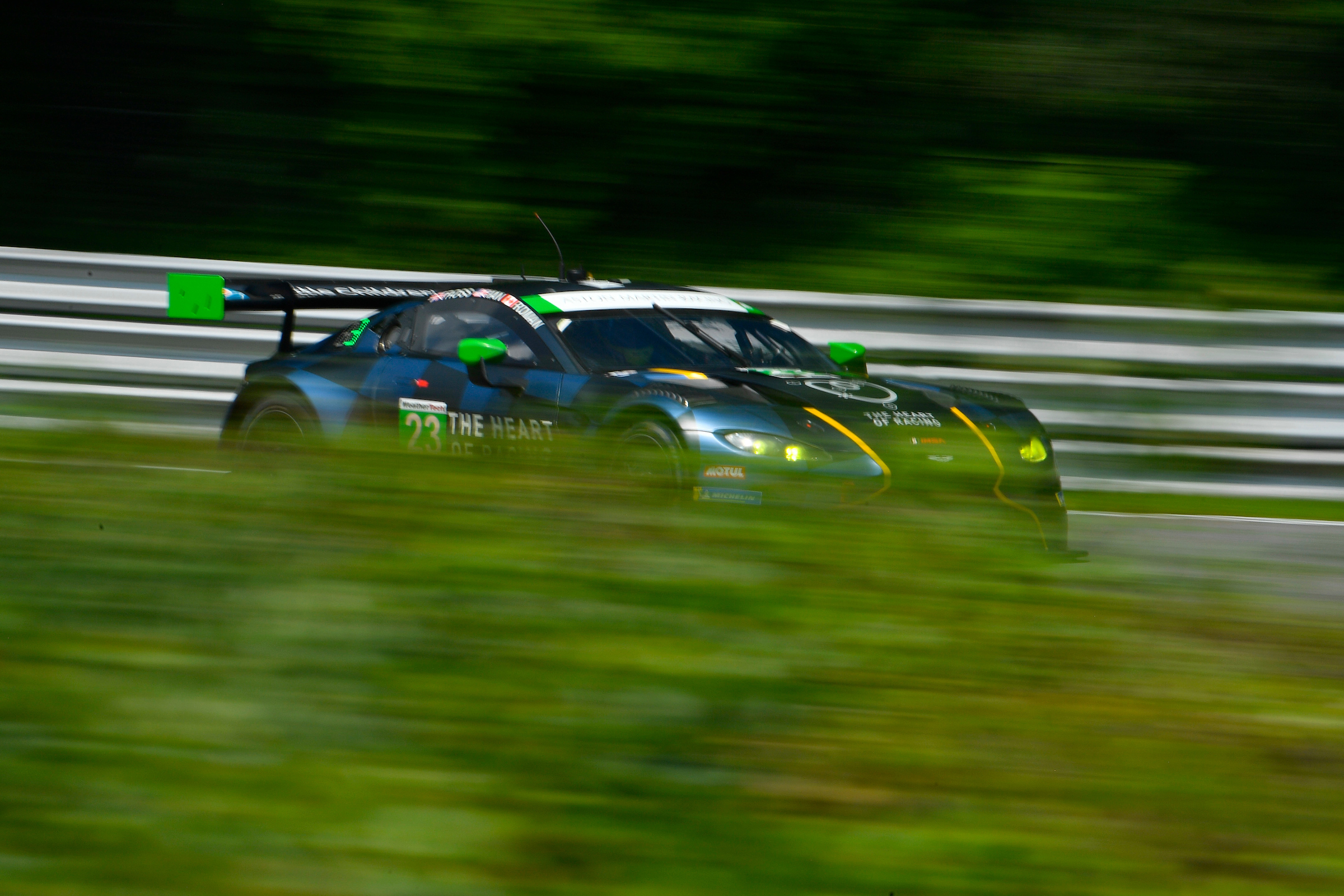 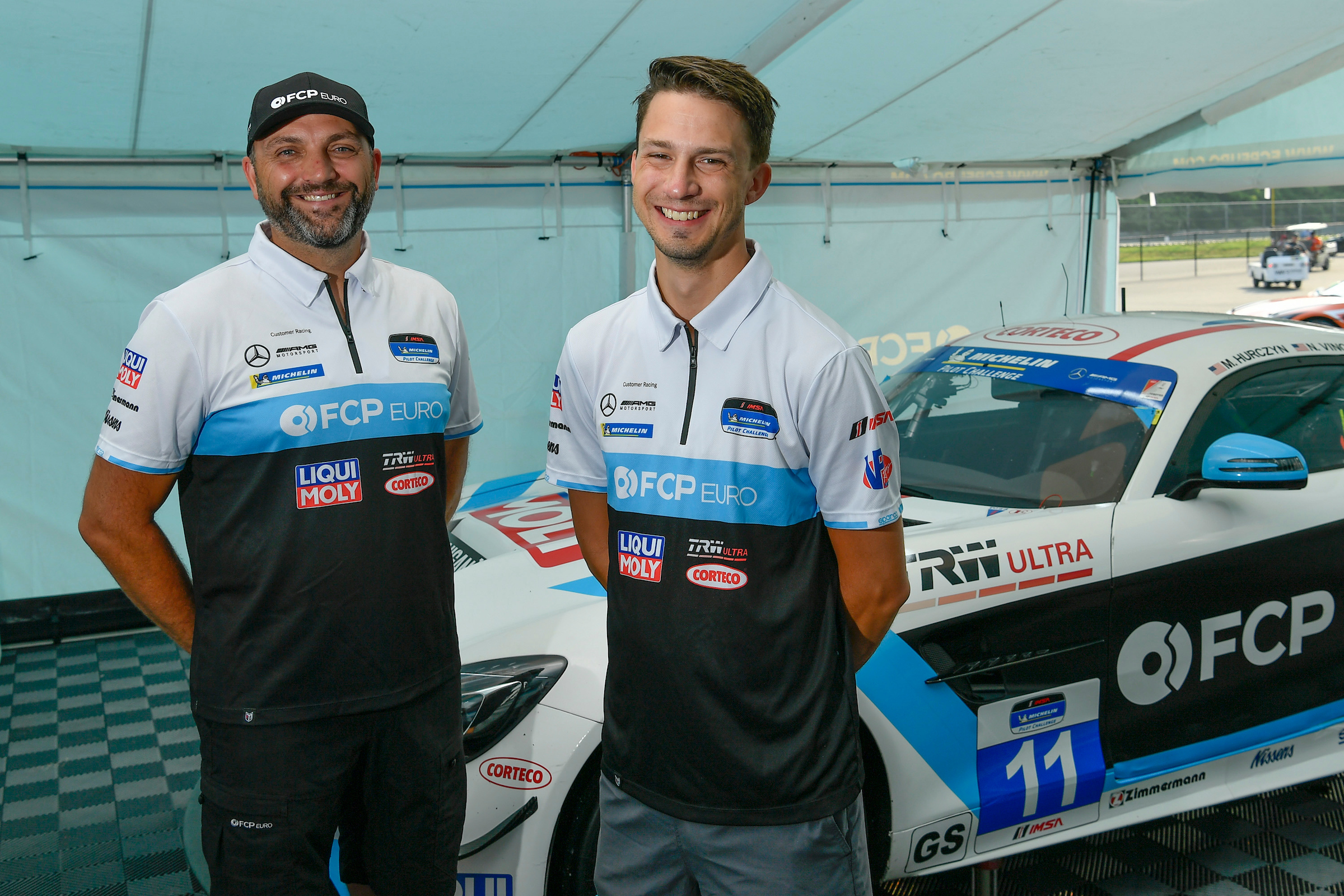 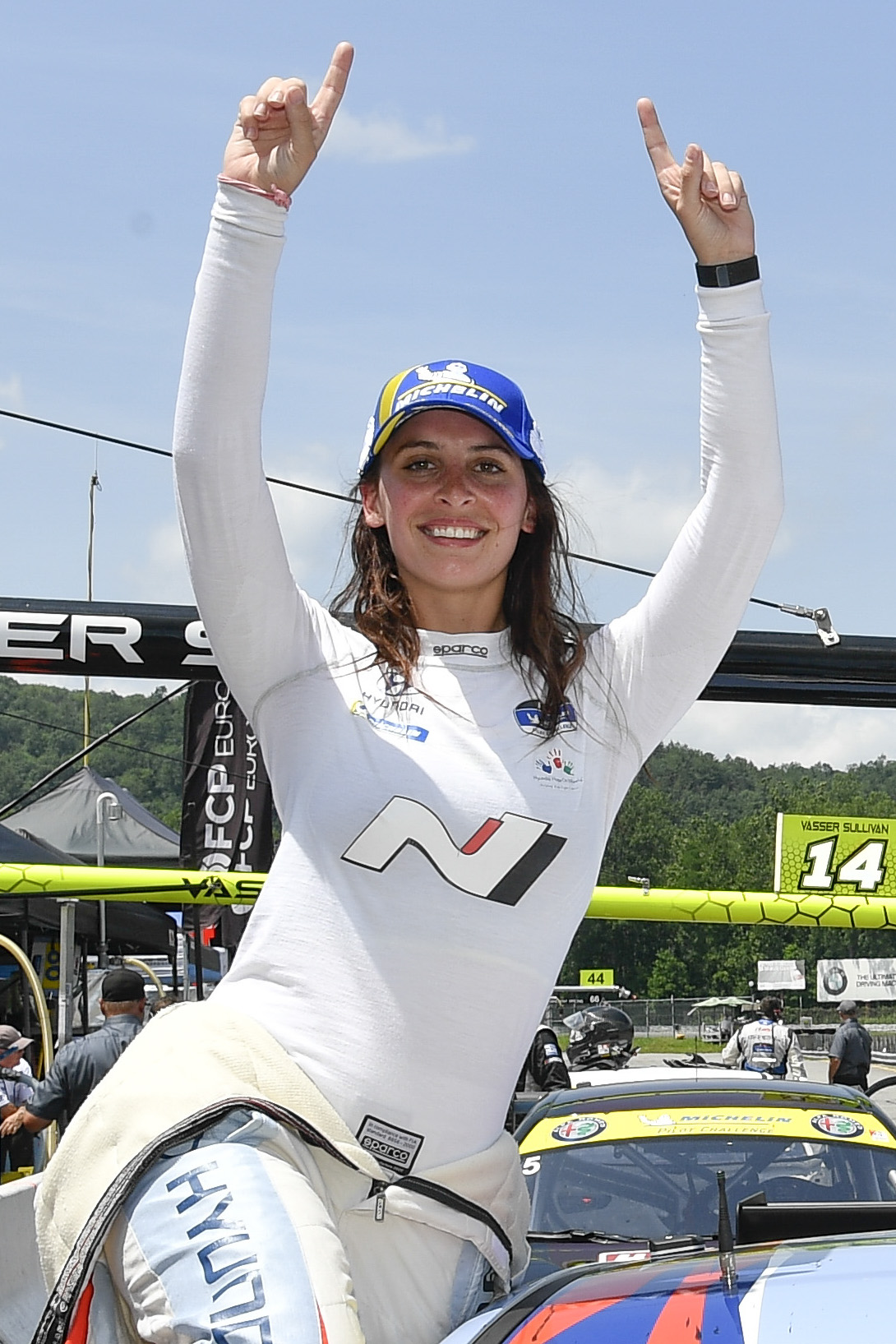 The 2021 IMSA WeatherTech Sports Car Championship heads to Road America in Elkhart Lake, Wisconsin. The race starts at 2:40 pm ET on Sunday August, 8th. The event can be seen live with Track Pass on NBC Sports Gold or later that day on NBCSN at 8:00 pm ET. 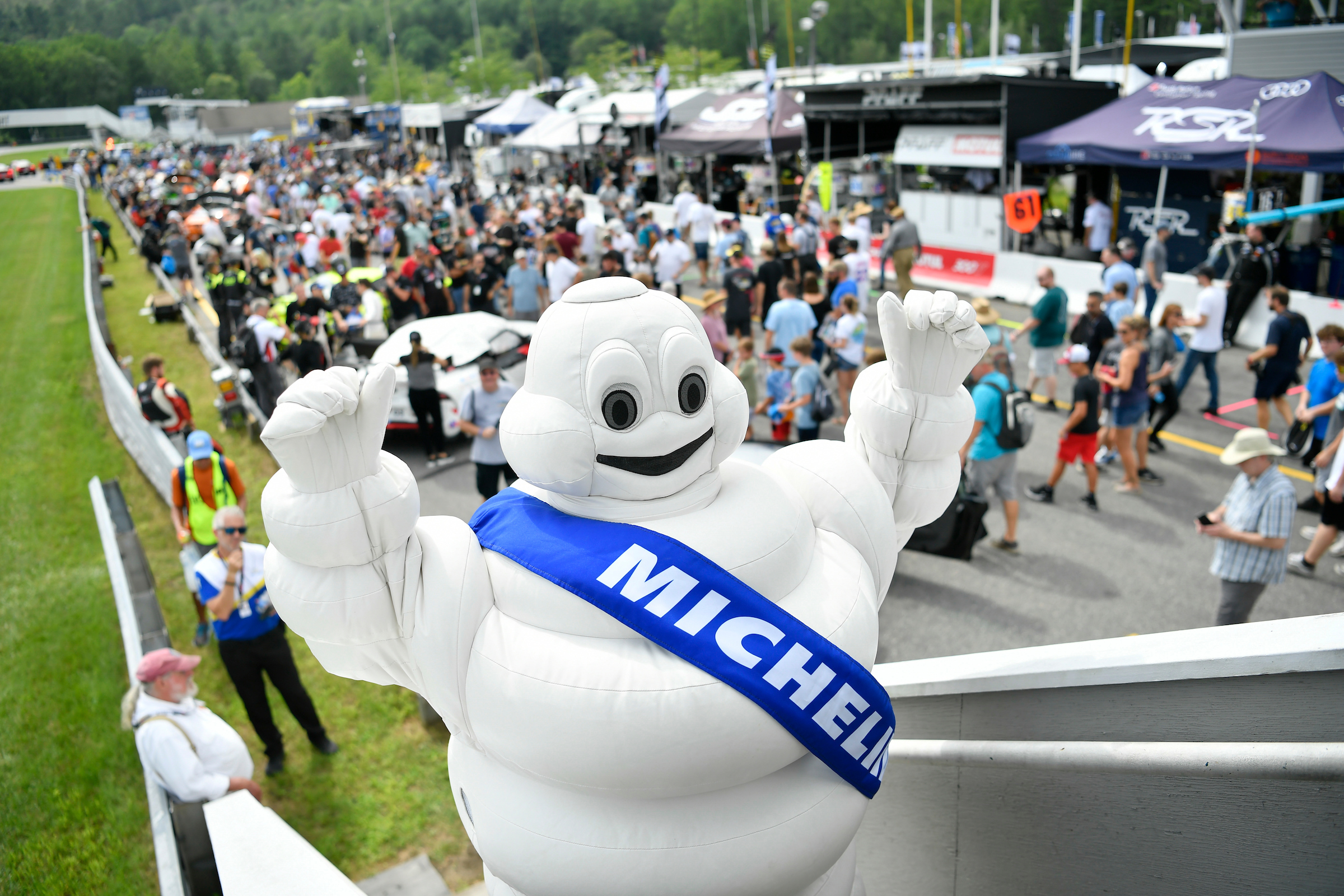