“Delivering tire performance that lasts is highly prized on the track and even more by consumers who get greater value for their tires,” said Tony Ménard, director of motorsport, Michelin North America. 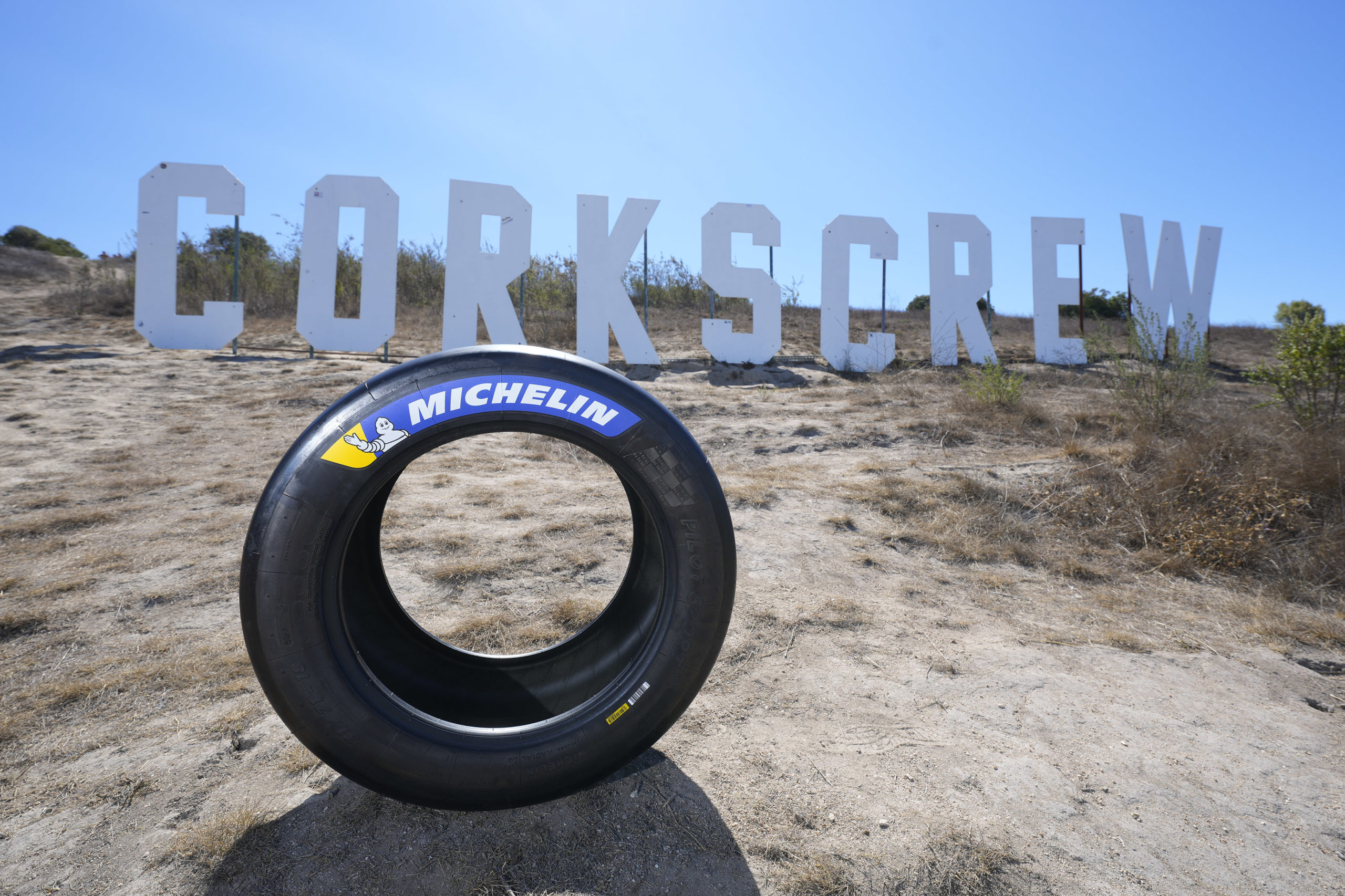 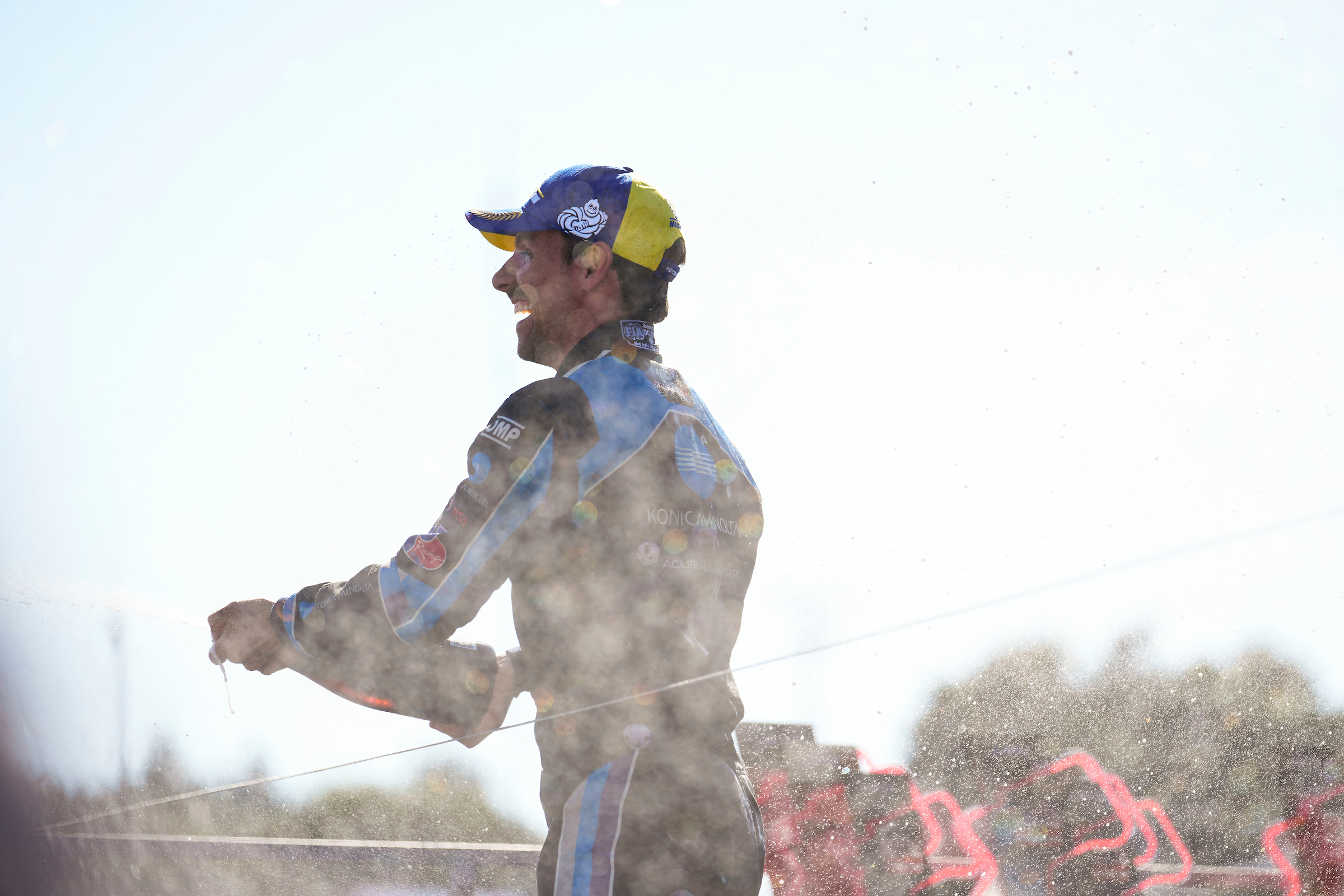 The No. 4 Chevrolet Corvette C8.R driven by Nick Tandy and Tommy Milner gave Corvette Racing its first win in Monterey since 2014. This also marked the No. 4 team’s first points victory in 2021. Milner and Tandy now combine for 34 career wins.

Antonio Garcia and Jordan Taylor in the No. 3 Chevrolet Corvette C8.R finished runner up in GTLM. WeatherTech Racing with Cooper MacNeil and Matt Campbell took third in a Porsche 911 RSR-19.

Porsche Pfaff Motorsports took a trip to victory lane in GTD for the second time in a row. The Porsche 911 GT3.R controlled by Zacharie Robichon and Laurens Vanthoor won their third race of the season holding off the No. 1 Paul Miller Racing Lamborghini Huracán GT3 Evo driven Bryan Sellers and Madison Snow. Patrick Long and Trent Hindman with Wright Motorsports crossed the finish line third in a Porsche 911 GT3.R. 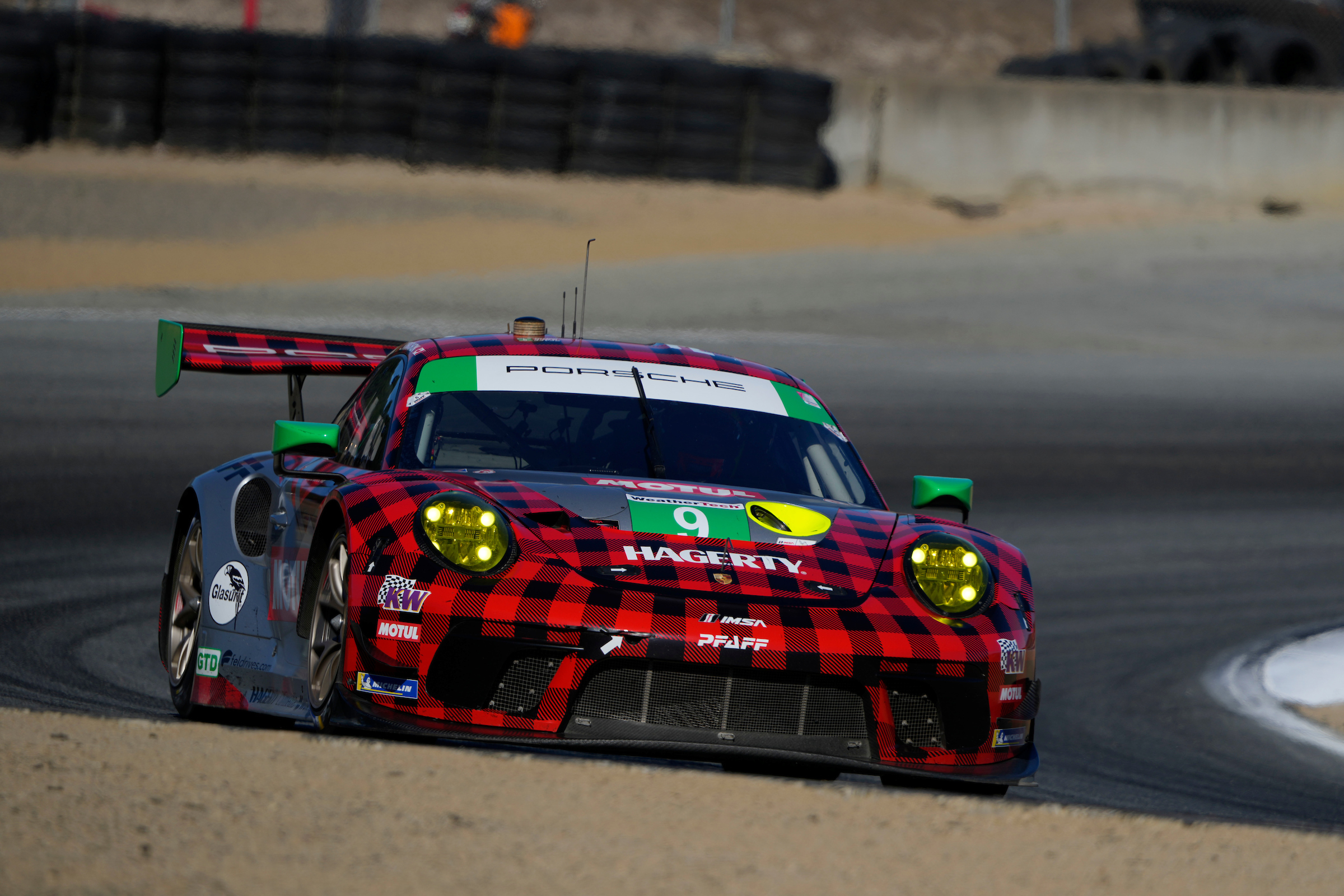 Ben Keating and Mikkel Jensen led PR1 Mathiasen Motorsports to a win in LMP2. This is the third win of the season for the No. 52 team. Tower Motorsports’ Gabriel Aubry and John Farano finished second. Completing the podium in third was Steven Thomas and Tristan Nunez with WIN Autosport. 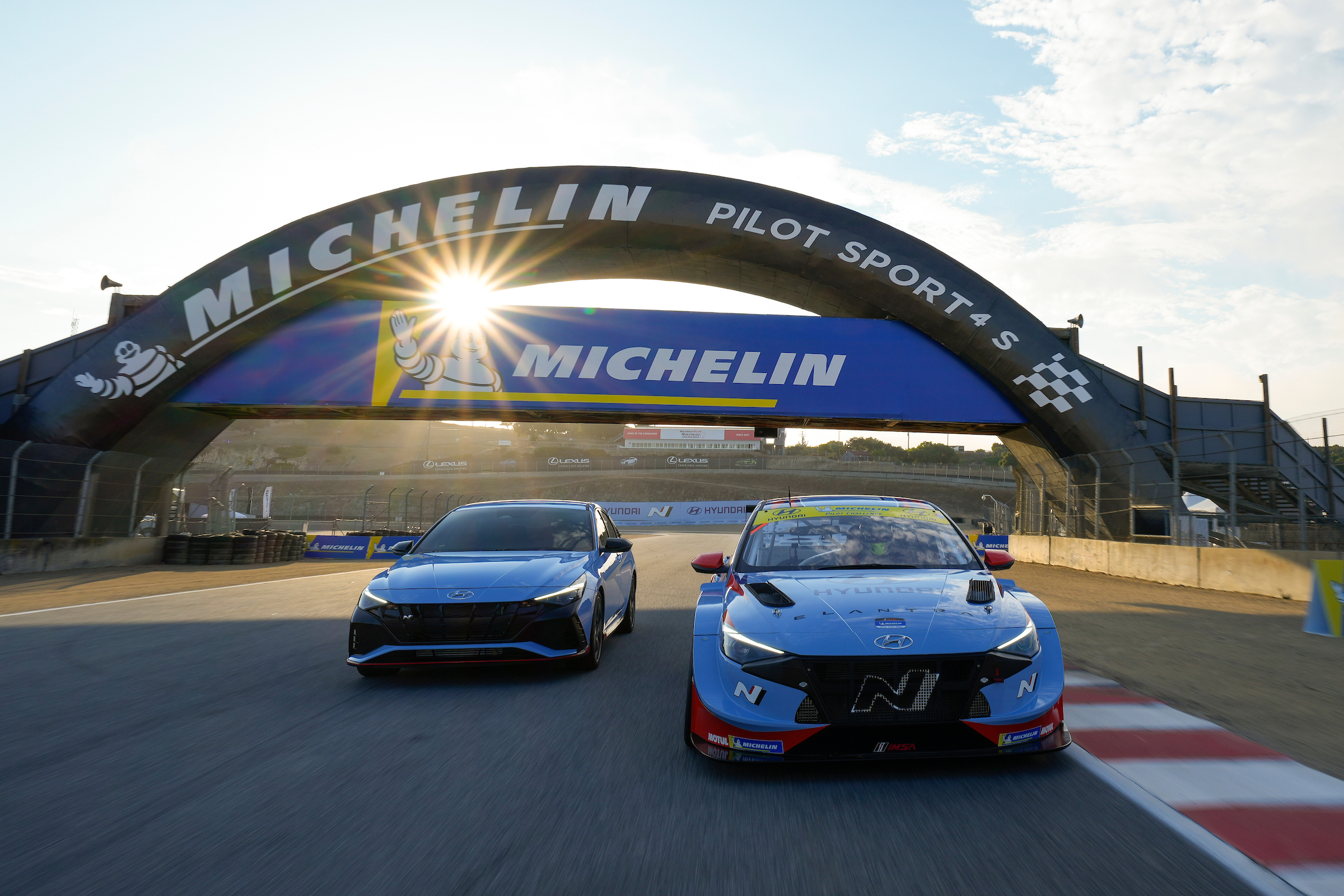 The first-ever 2022 ELANTRA N was unveiled to the public this weekend at the Hyundai Monterey Sports Car Championship. The new release joined the Elantra N TCR found in the IMSA series on track. The N line brand represents Hyundai’s high-performance vehicles. The new Elantra N cars will be fitted with MICHELIN® Pilot® Sport 4S tires. Learn more about why tire performance is crucial to the car’s dynamic capabilities here. 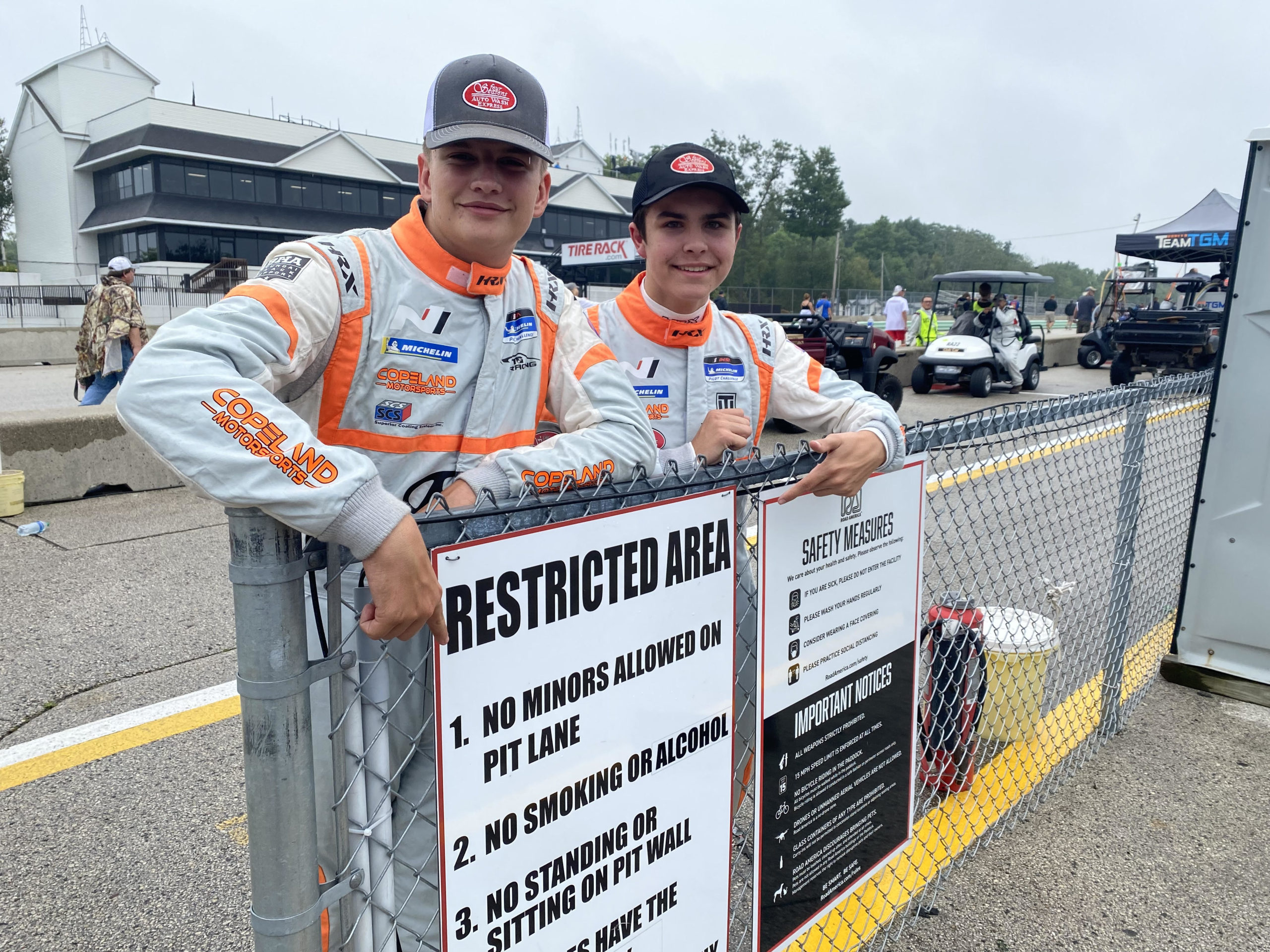 IMSA features a set of young and eager teammates. While their friends are still learning how to drive — 17-year-old Tyler Gonzalez and 16-year-old Tyler Maxson let their performance in a Hyundai Veloster N TCR speak for itself. The pair already have two podiums and two poles in the Michelin Pilot Challenge. A series the teenagers say is the best place to be for their future. Watch here how “No minors in pit lane” signs are no problem for them because they drive one of the race cars.

The 2021 IMSA WeatherTech Sports Car Championship heads to the Acura Grand Prix of Long Beach in Southern California. The race starts at 5:05 pm ET on Saturday, September 25. The event can be seen live on NBCSN or on Track Pass on NBC Sports Gold.