Alton, VA. —August 28, 2022 – One of the beauties of IMSA competition is in the great variety of circuits, each presenting different technical challenges and its own history, style and vibe.

“The Michelin GT Challenge at VIR, is one just two GT only events on the IMSA WeatherTech Championship season, a favorite for teams and fans for its beautiful circuit, terrific staff, and family friendly atmosphere,” said Jason Anzalone, director of motorsports, Michelin North America.

“Connie Nyholm and her team at VIR are very creative partners for the Michelin GT Challenge and do a great job in making everyone feel a part of the VIR family. Their addition of a Michelin Man statue in the paddock was a nice surprise for the fans, and reflects a great spirit of collaboration that we all enjoy.” 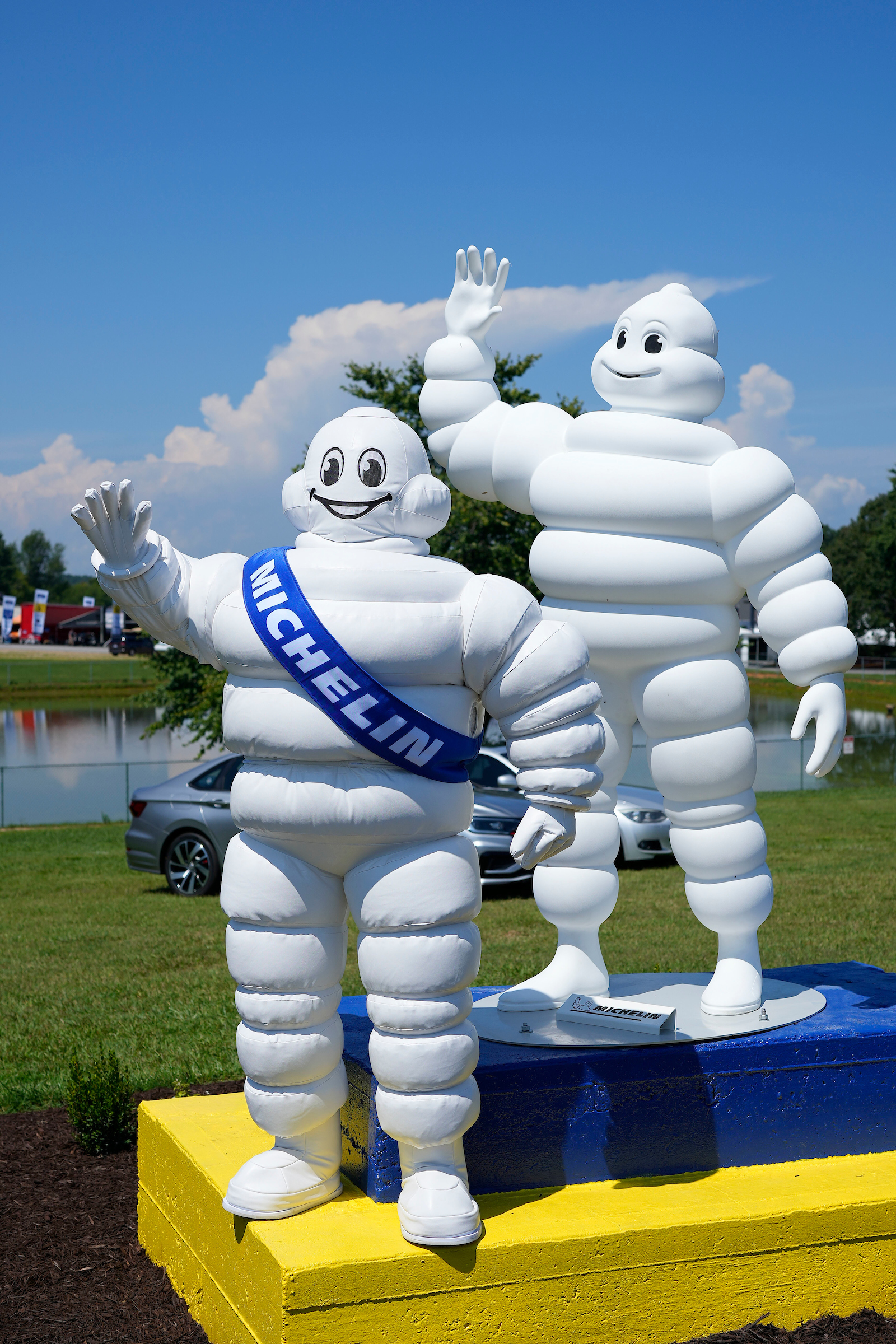 The combination of great manufacturers, teams, and drivers provides great competition all season long with VIR as the penultimate race in the championships.

“In addition to all of the Michelin recognitions and display, the Patriot Course inner loop provides us the opportunity to provide a fast lap experience for hundreds of fans and showcase our track to street technology.” 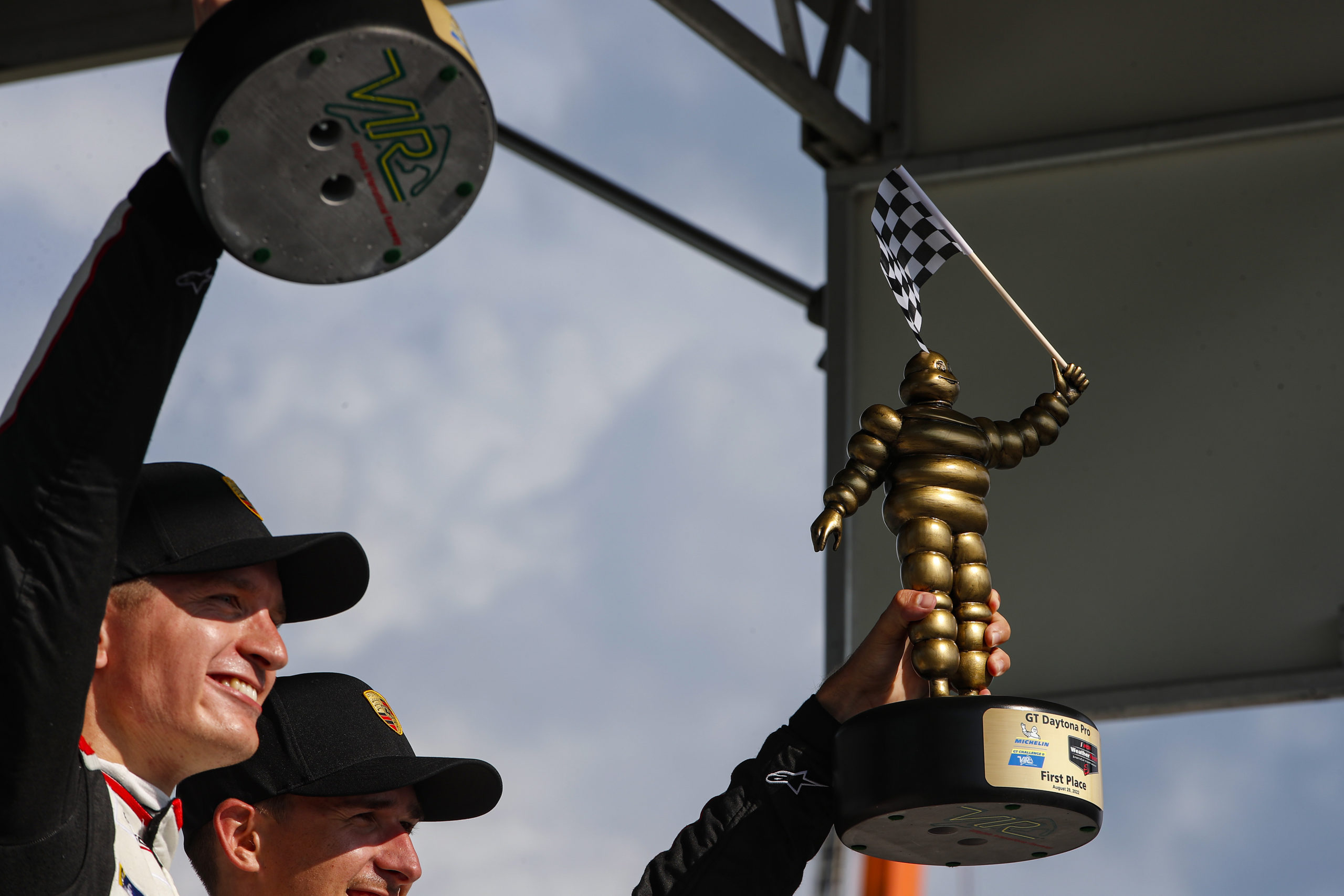 The No. 9 Pfaff Motorsports Porsche 911 took its fifth victory of 2022 with drivers Matt Campbell and Mathieu Jaminet. The team strengthened their large championship lead in GTD PRO.  Jordan Taylor and Antonio Garcia drove the No. 3 Corvette C8.R to second place while Vasser Sullivan finished third with Jack Hawksworth and Ben Barnicoat driving the No. 14 Lexus RC F. 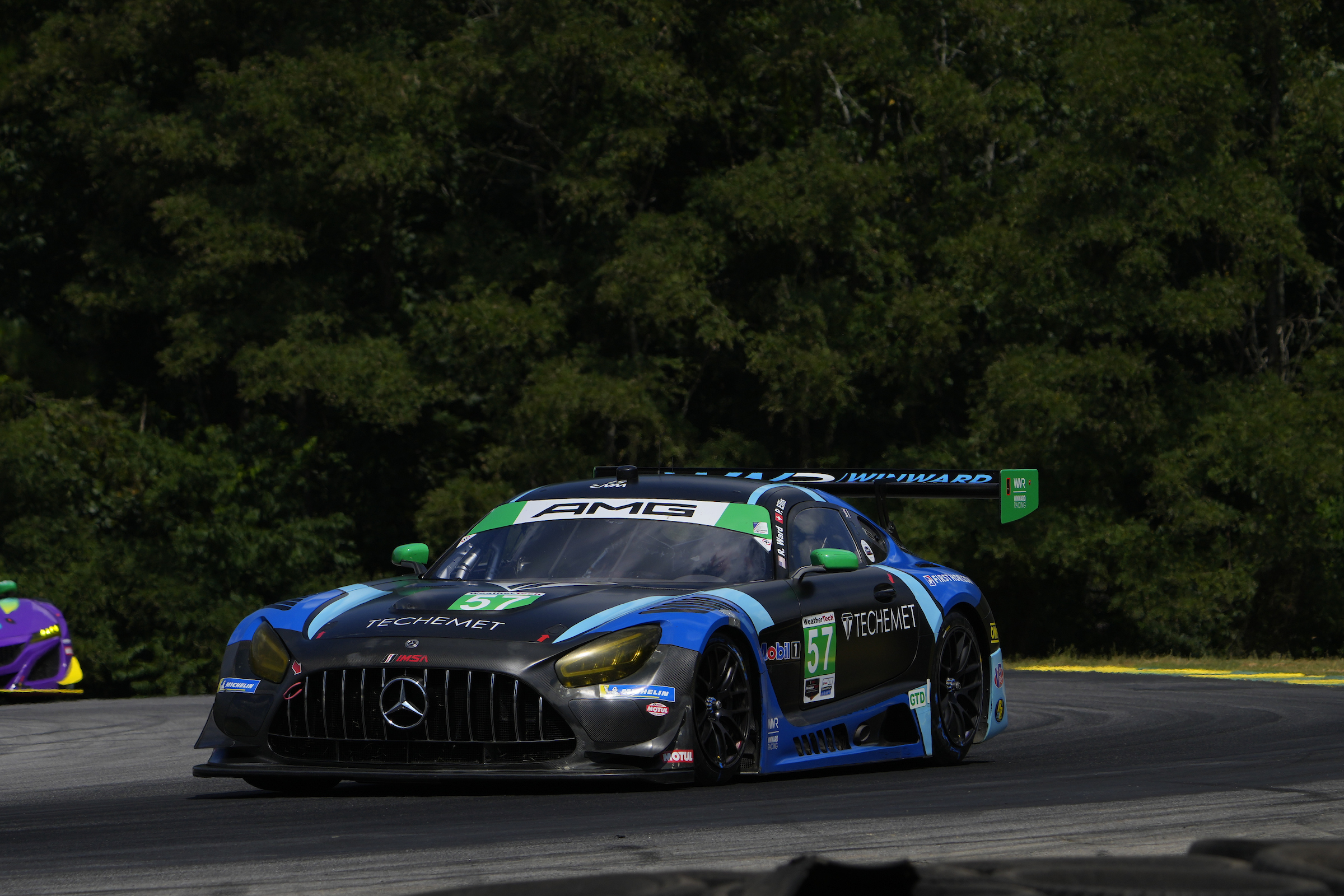 Russell Ward and Phillip Ellis drove Winward Racing to their second straight win in 2022 with their No. 57 Mercedes-AMG. The Heart of Racing Aston conserved enough fuel in the No. 27 Aston Martin Vantage with Roman De Angelis and Maxime Martin to finish second. Bryan Sellers and Madison Snow rounded out the podium with Paul Miller Racing’s No. 1 BMW M4. 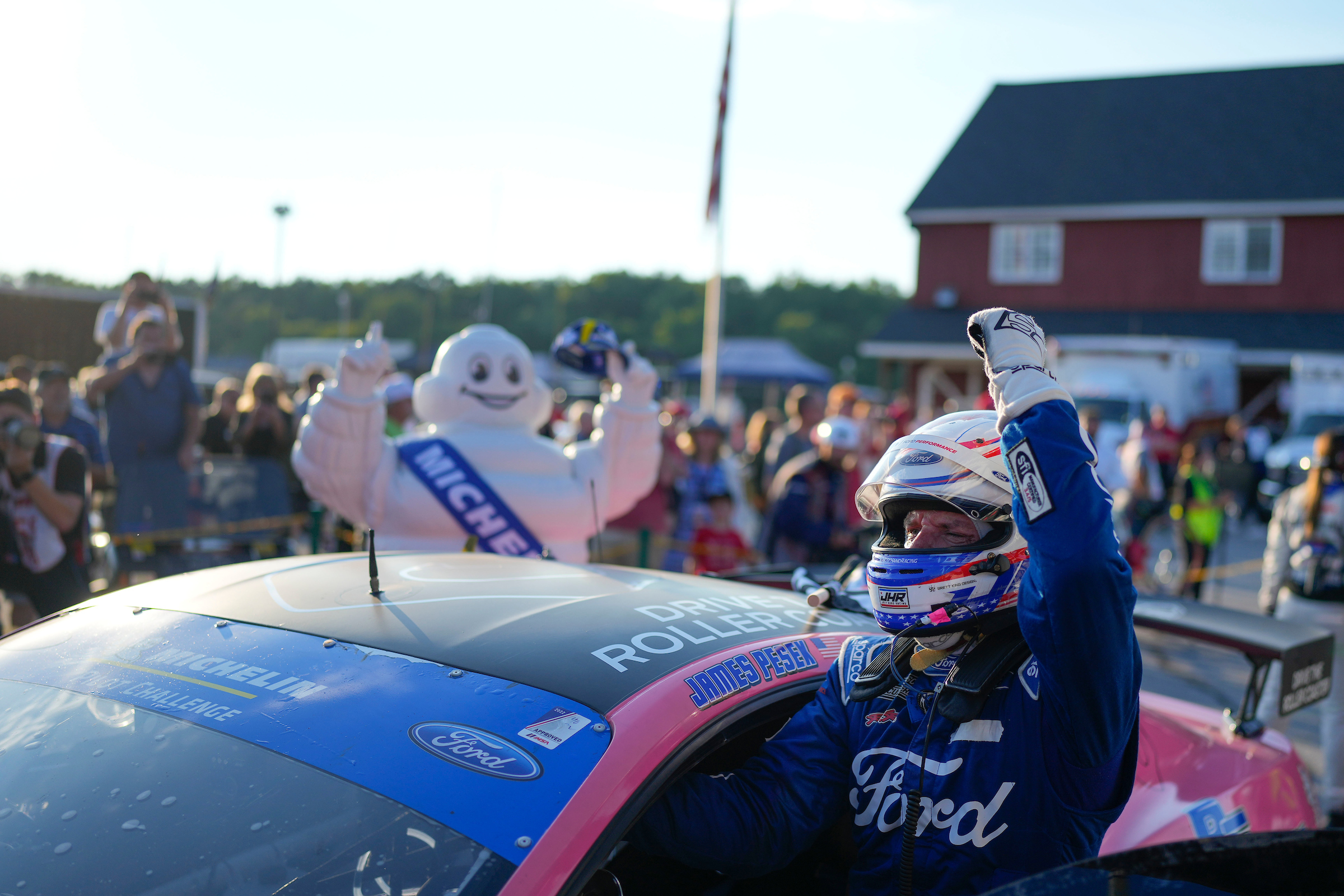 The Virginia Is For Racing Lovers Grand Prix turned into a fuel milage and late shootout thriller. Joey Hand was able to get the No. 40 PF Racing Ford Mustang to the checkered flag in first for the victory in GS with teammate James Pesek. Championship leaders in TCR, Michael Lewis and Taylor Hagler won in the No. 1 Bryan Herta Autosport Hyundai Elantra N. The No. 40 and No.1 both won the IMSA Radio Michelin Moment of the Race.

Michelin has created a scorecard showcasing the breadth of manufacturer success in IMSA. 14 manufacturers have won so far during the 2022 IMSA season with all 17 reaching the podium. Porsche added another win to its strong season while Mercedes moved into second with Aston Martin. Below is the Michelin Scorecard. 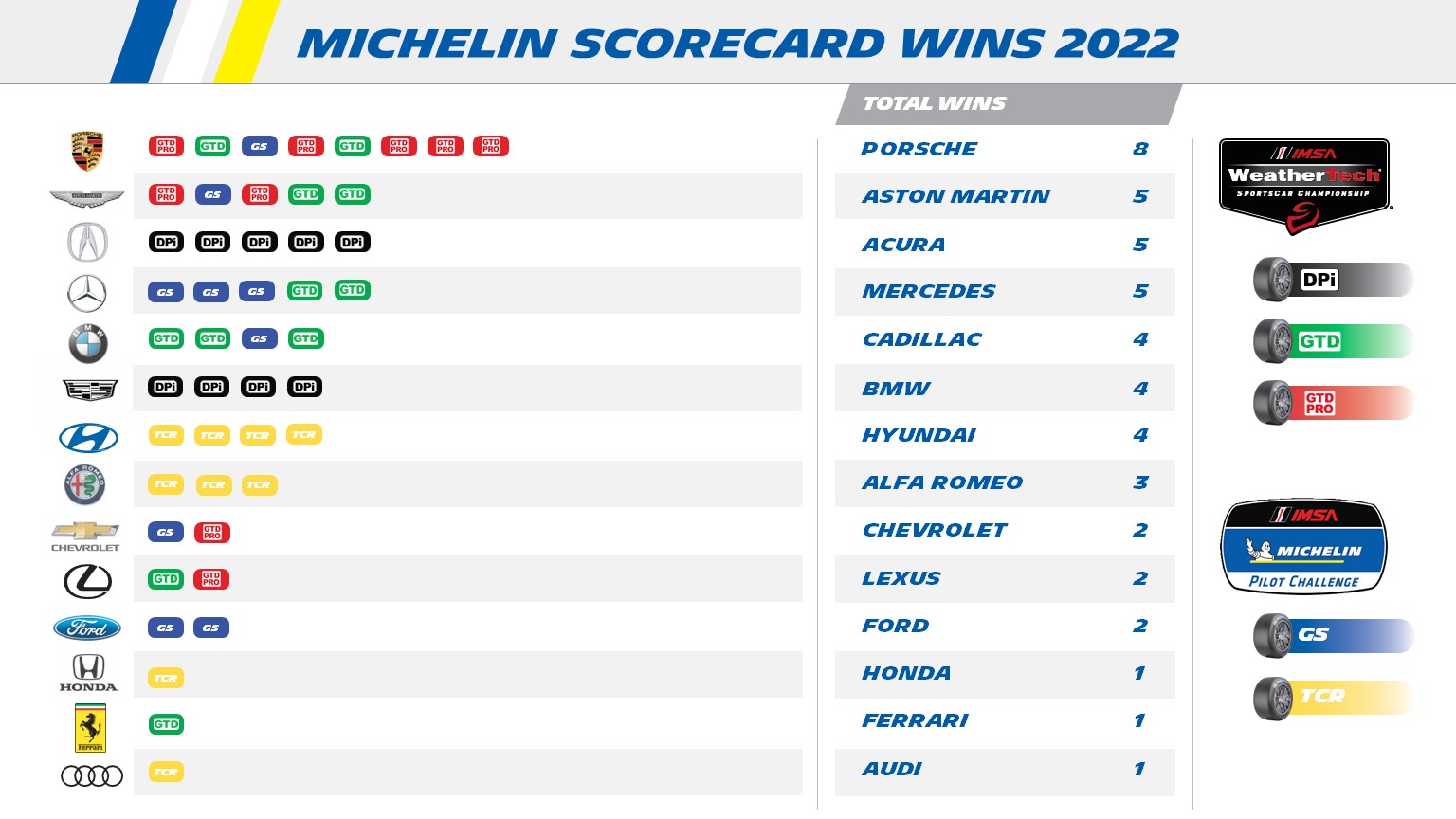 Michelin Gives Fans the Feeling of MICHELIN® Performance on Track

Fans at VIR had the opportunity to do a fast lap on the 1.1-mile Patriot Course in a Hyundai, BMW, Lexus and Mercedes with the performance of MICHELIN® Pilot® Sport tires! IMSA driver Taylor Hagler even stopped by and gave a couple lucky fans a ride in a Hyundai Elantra N. NBC featured the experience in its Michelin Tire Tech Minute. Watch here. 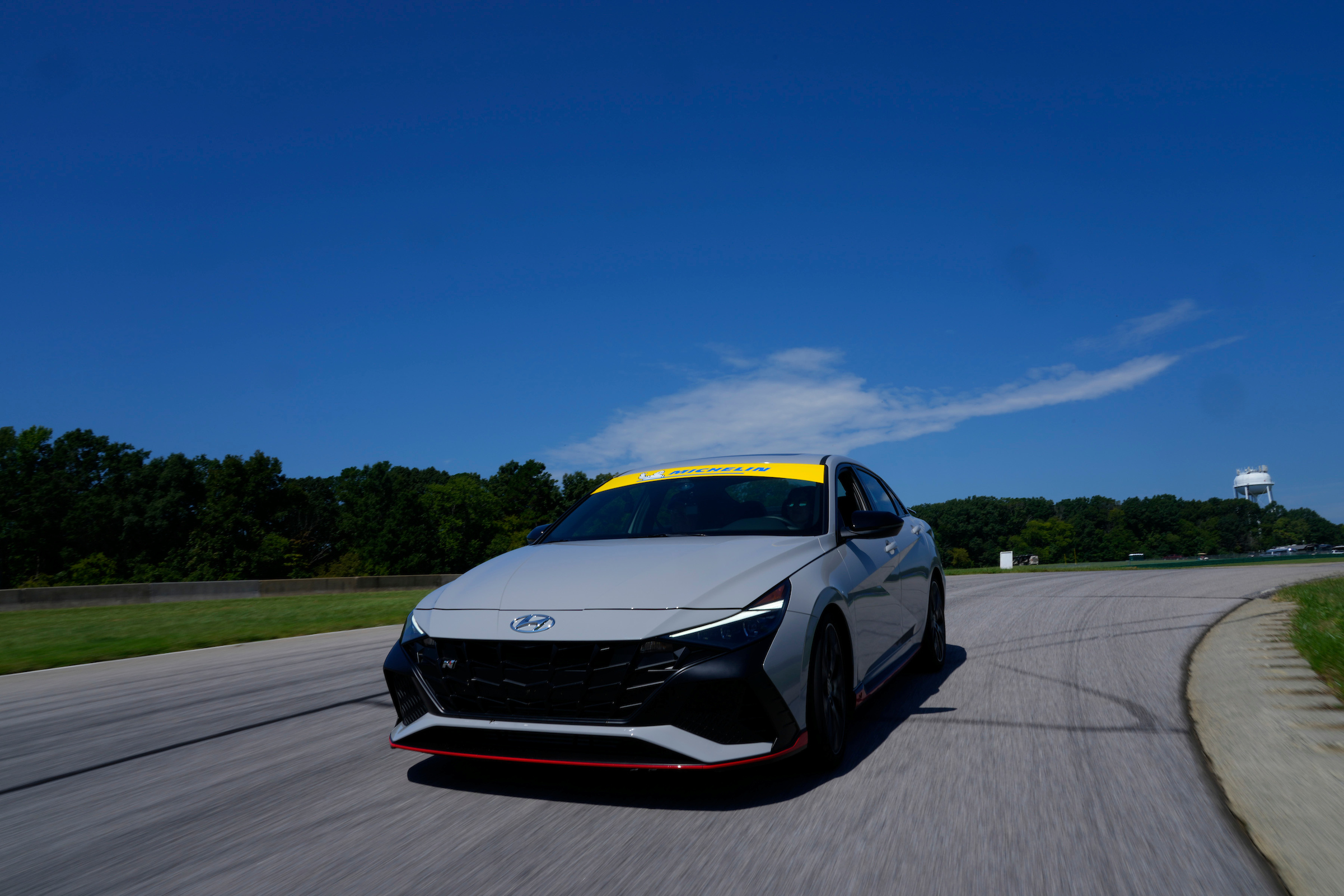 The 2022 IMSA WeatherTech Sports Car Championship now heads to Michelin Raceway Road Atlanta in Braselton, Georgia for the Motul Petit Le Mans. The race is Saturday, October 1 and can be seen across NBC, USA Network and Peacock.