Braselton, Georgia — October 1, 2022 – Michelin and IMSA celebrated the 25th Petit Le Mans as it was originally envisioned: a celebration of the speed, passion and technology endurance sports car racing presents for the fans.

“The amount of growth at Petit Le Mans over the past 25 years has been tremendous,” said Jason Anzalone, director of motorsports, Michelin North America. “Great IMSA competition on the track and unmatched access for the fans continues to be a powerful combination.”

“This week was a fitting conclusion to the 2022 IMSA season. Michelin extends our thanks to all the manufacturers, teams and drivers who helped us demonstrate our leading performance technology in premier competition,” said Anzalone. 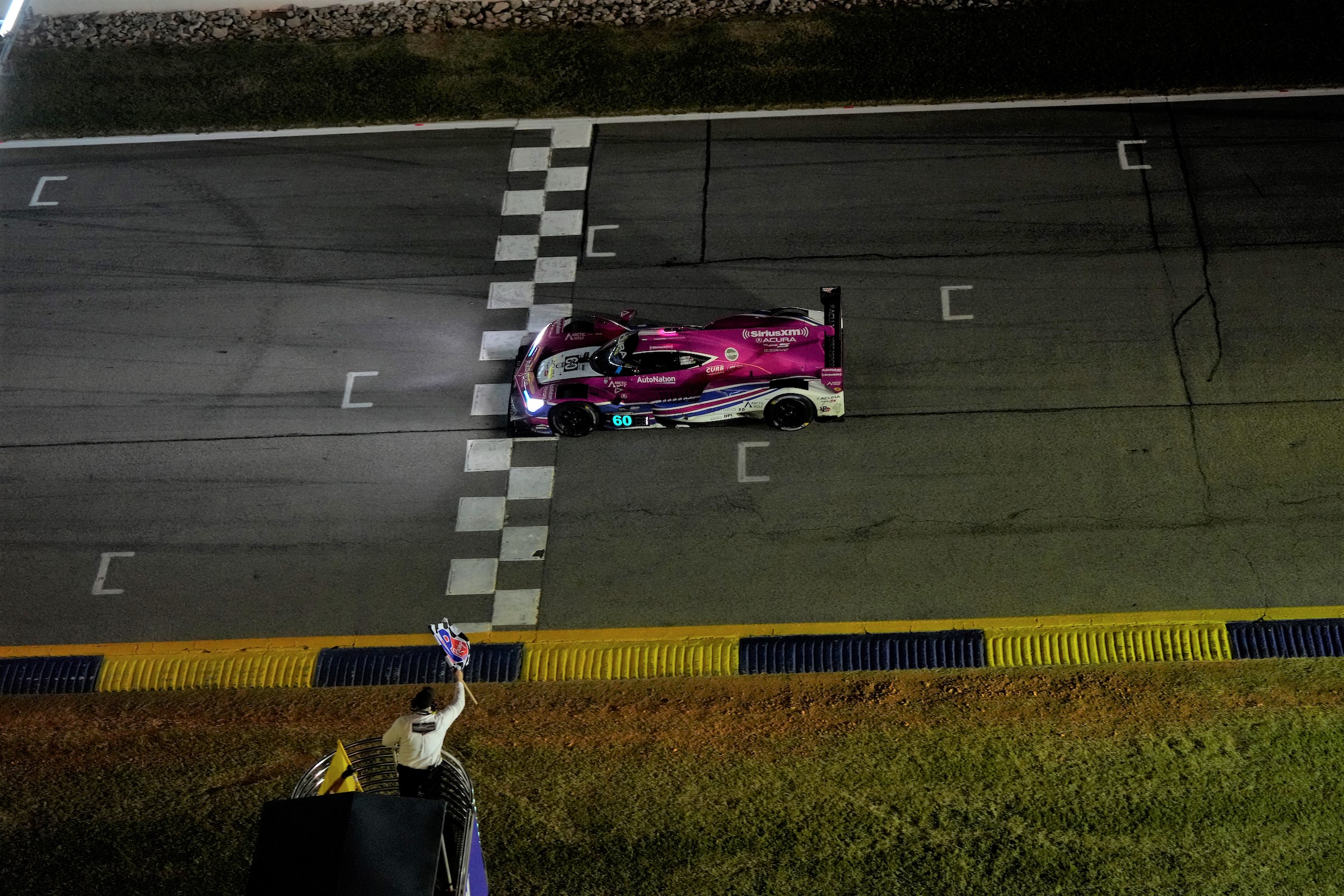 The No. 60 Meyer Shank Racing Acura team wrote the final chapter of the DPi era with a Petit Le Mans victory and DPi championship. Oliver Jarvis and Tom Blomqvist were season champions. The two were helped by Helio Castroneves during the 10-hour race. 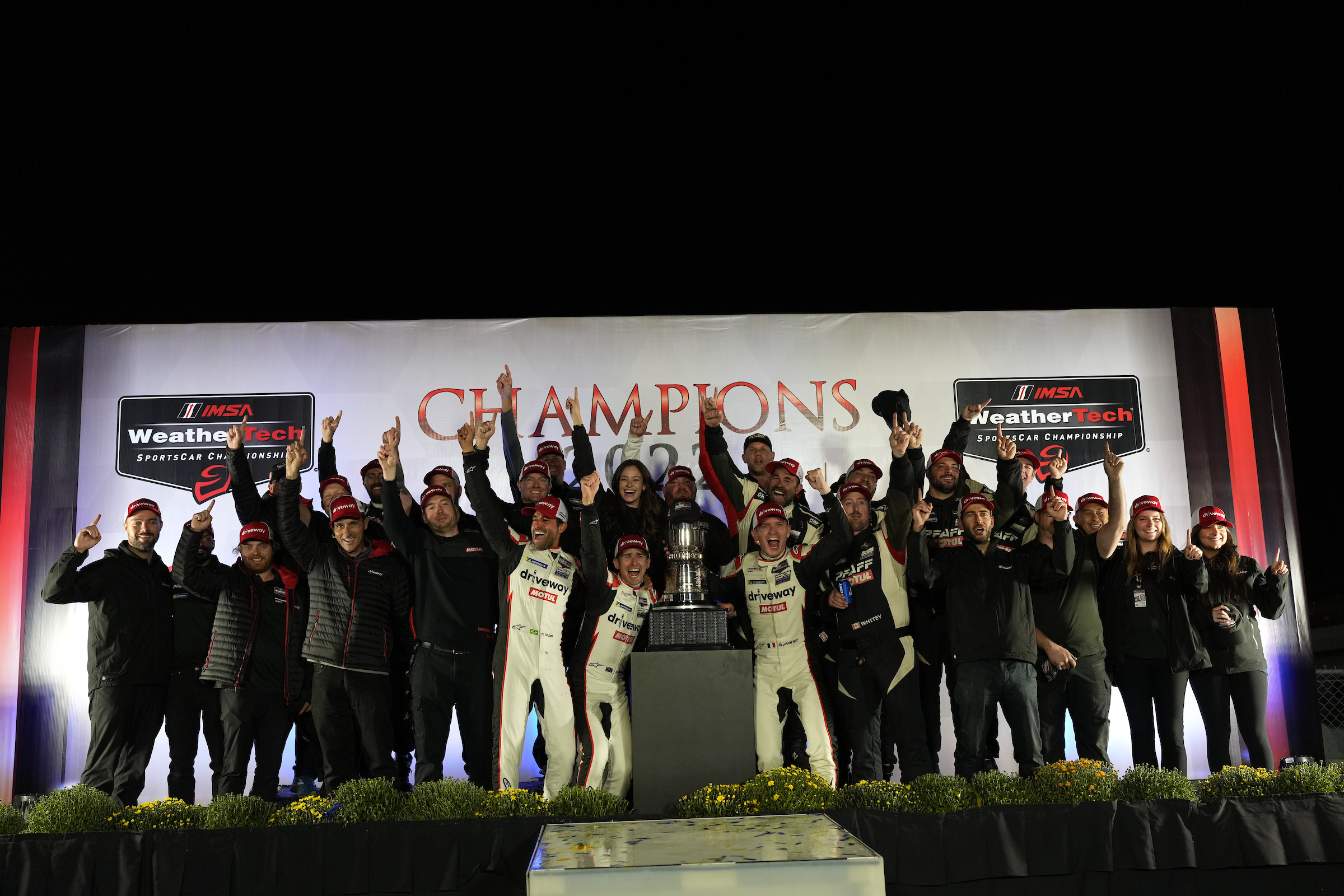 Jack Hawksworth, Ben Barnicoat and Kyle Kirkwood drove the No. 14 Vasser Sullivan Lexus to victory in a Lexus RC F. This marked the second GTD Pro victory for Lexus. Pfaff Motorsports sealed the GTD PRO championship with Matt Campbell and Mathieu Jaminet by starting the race in the Porsche 911. 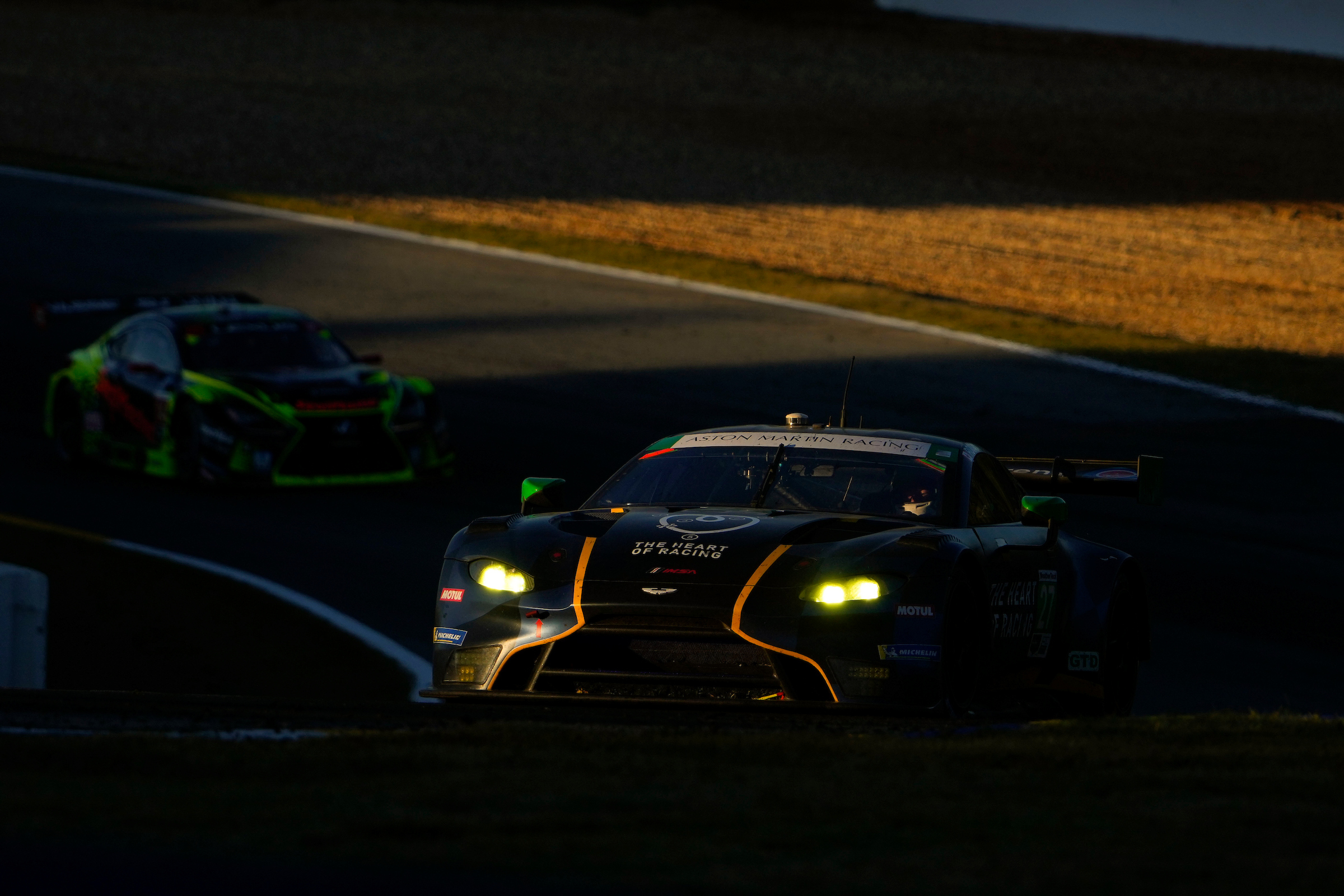 Acura also found victory with the drive of Kyffin Simson, Till Bechtolsheimer and Mario Farnbacher of Gradient Racing in GTD. Heart of Racing was crowned GTD champions with the Aston Martin Vantage and driver Roman De Angelis. 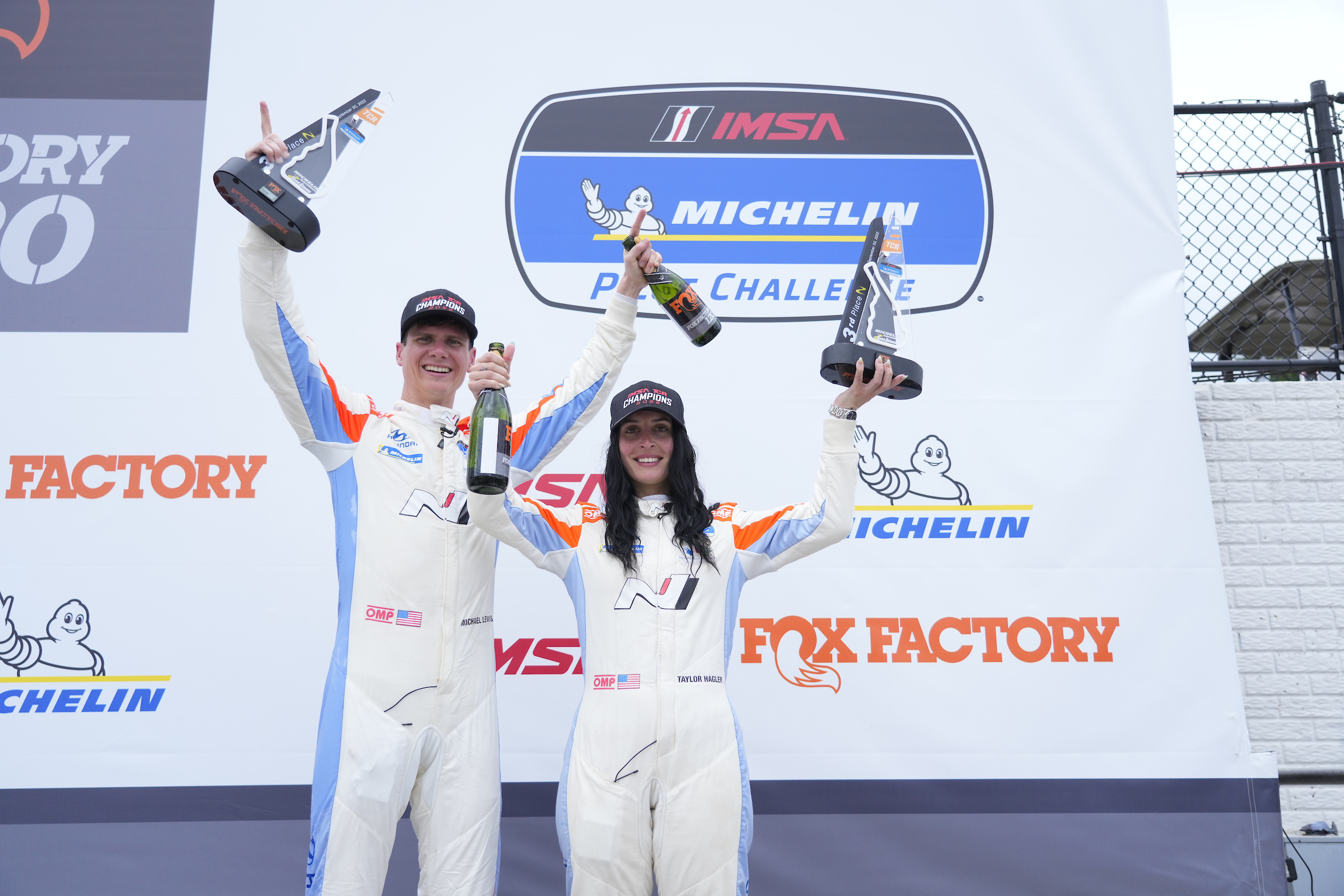 Michelin created a scorecard showcasing the breadth of manufacturer success in IMSA. 14 manufacturers won during the 2022 IMSA season with all 17 reaching the podium. Porsche had the most victories of the year with 8 class wins. 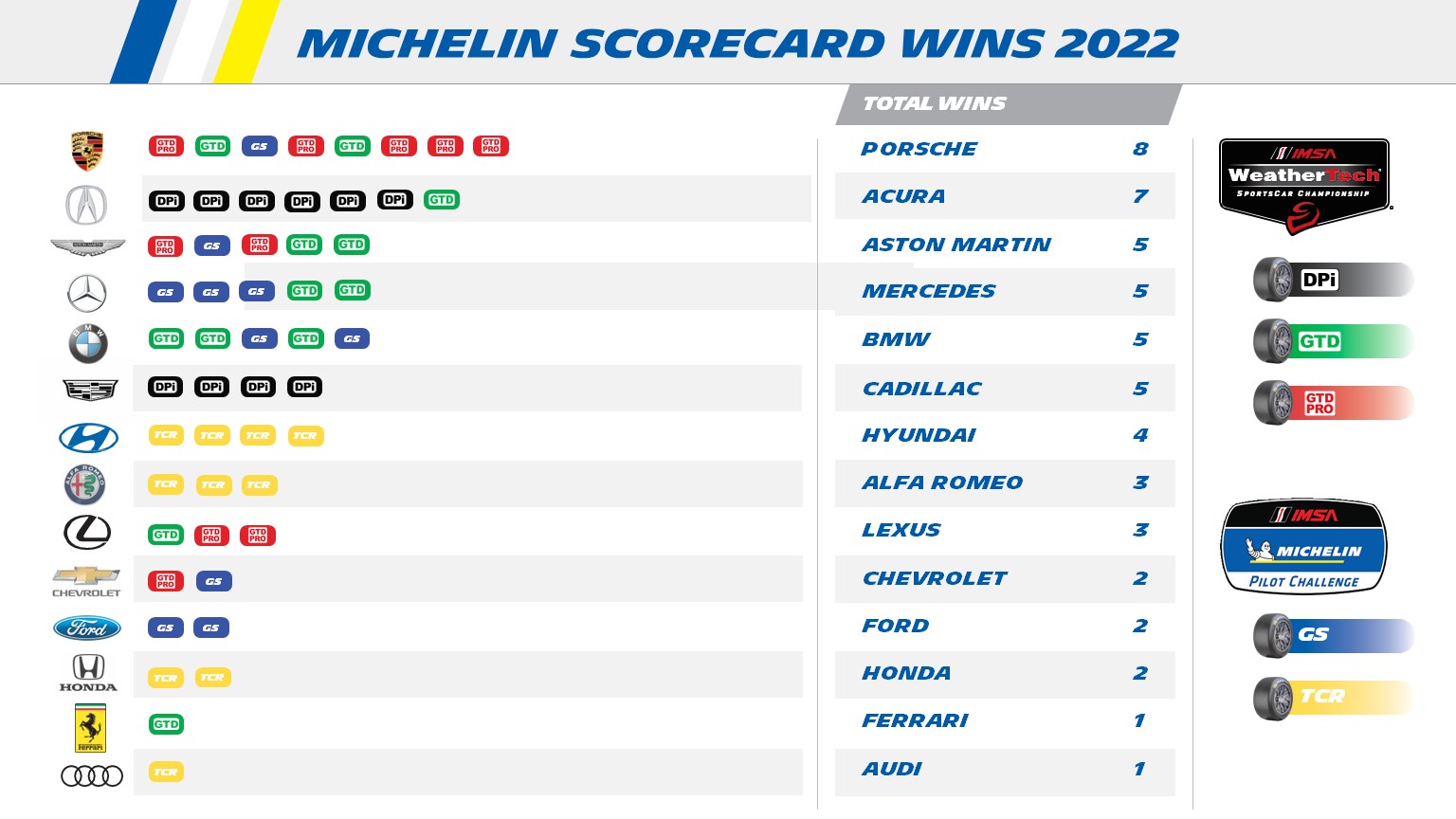 The 2023 IMSA WeatherTech Sports Car Championship begins the season at Daytona International Speedway in Florida with the Rolex 24. The race is Saturday, January 28.