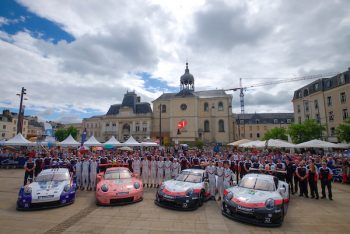 Porsche fielded four cars in the GTE-Pro category at this year’s 24 Hours of Le Mans.

Two came from the Manthey Racing team and two from CORE autosport in the U.S. This marked the CORE team’s debut at Le Mans.

You can see all three in one post, below.

Here are additional videos during the week posted to social media.

? Scrutineering is officially in the rear view mirror for 2018, and on-track action is ready to start. See how the @PorscheNAracing @COREautosport crew soaked up the experience ahead of #LeMans24 on-track activity. pic.twitter.com/CjZHdELWZH 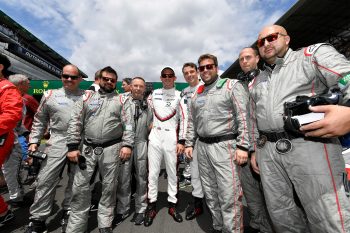 The CORE team returns back to the U.S. this weekend for the next round of the IMSA WeatherTech SportsCar Championship at Watkins Glen International.

Tandy, Pilet and Bamber shared the No. 93 Porsche at Le Mans, while Vanthoor joined the No. 92 Porsche crew with Kevin Estre and Michael Christensen. That car won the GTE-Pro class there. 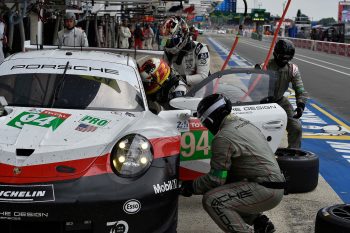 Porsche’s other North American car featured Romain Dumas, Timo Bernhard and Sven Mueller in the No. 94 car. That crew had a tough week, needing to build up a new chassis and retiring during the race.

Dumas spent this past weekend putting together a record run for VW and Michelin at the Pikes Peak International Hill Climb. The record run was 16 seconds quicker than the previous mark.