The dominant drivers and automotive brands for most of the 2020 IMSA MICHELIN Pilot Challenge season confirmed their championships Friday at Sebring International Raceway.

Kyle Marcelli and Nate Stacy needed only a top-10 finish to secure the GS class title in their No. 60 KohR Motorsports Aston Martin Vantage GT4. Aston Martin’s road to the GS manufacturer’s championship was slightly harder, needing to fend off challenges from 2019 champs Mercedes-AMG and Audi going Sebring.

Close competitors Tyler McQuarrie and Jeff Westphal looked poised to snatch the title away, with McQuarrie delivering great pace in the No. 39 CarBahn with Peregrine Racing Audi R8 LMS GT4 throughout the weekend. But an unscheduled pit stop around half distance, followed by a trip behind the wall with apparent mechanical issues, delayed and ultimately denied the 2019 GS champs from a repeat. 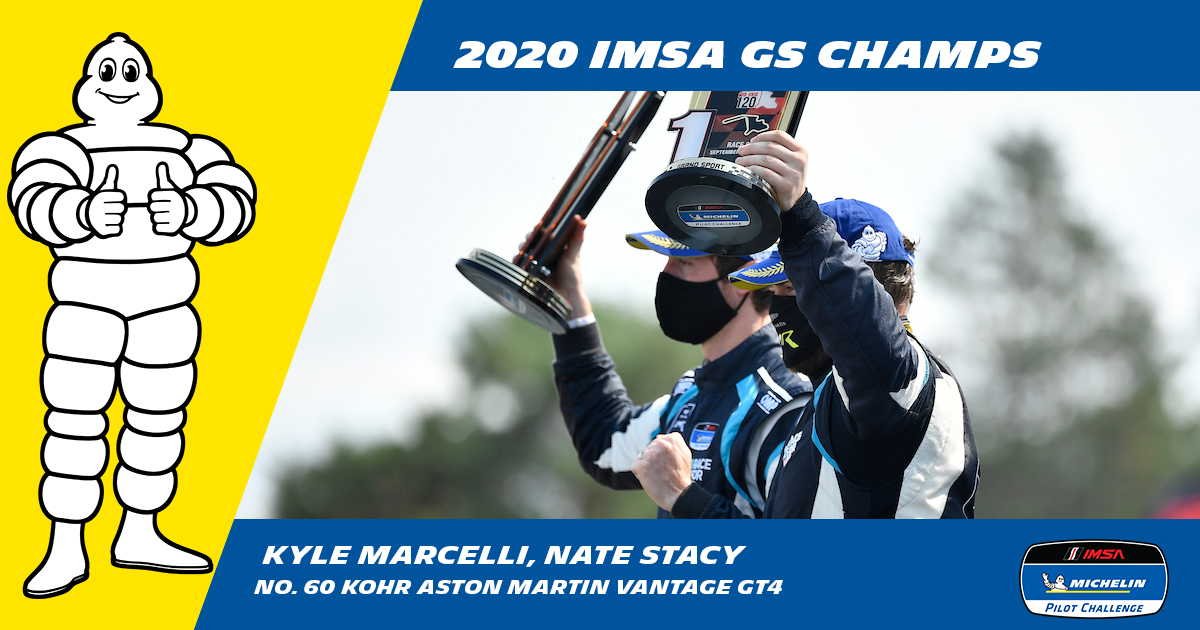 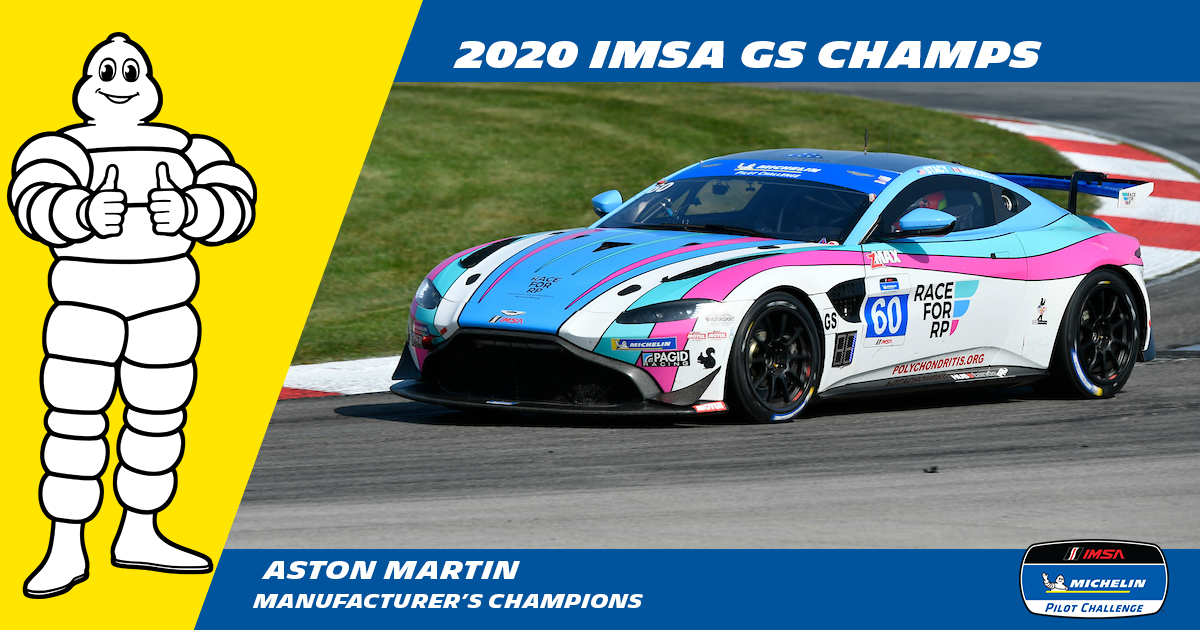 Marcelli and Stacy ascended to third on the road today when the second-placed car pitted on the second-to-last lap. Robby Foley and Cameron Lawrence, the latter deputizing for Bill Auberlen this week alongside Foley in the No. 95 BMW M4 GT4, claimed Turner Motorsport’s third Pilot Challenge GS win of the season. Trent Hindman and Alan Brynjolfsson finished second in the No. 7 Archangel Motorsports Aston Martin. 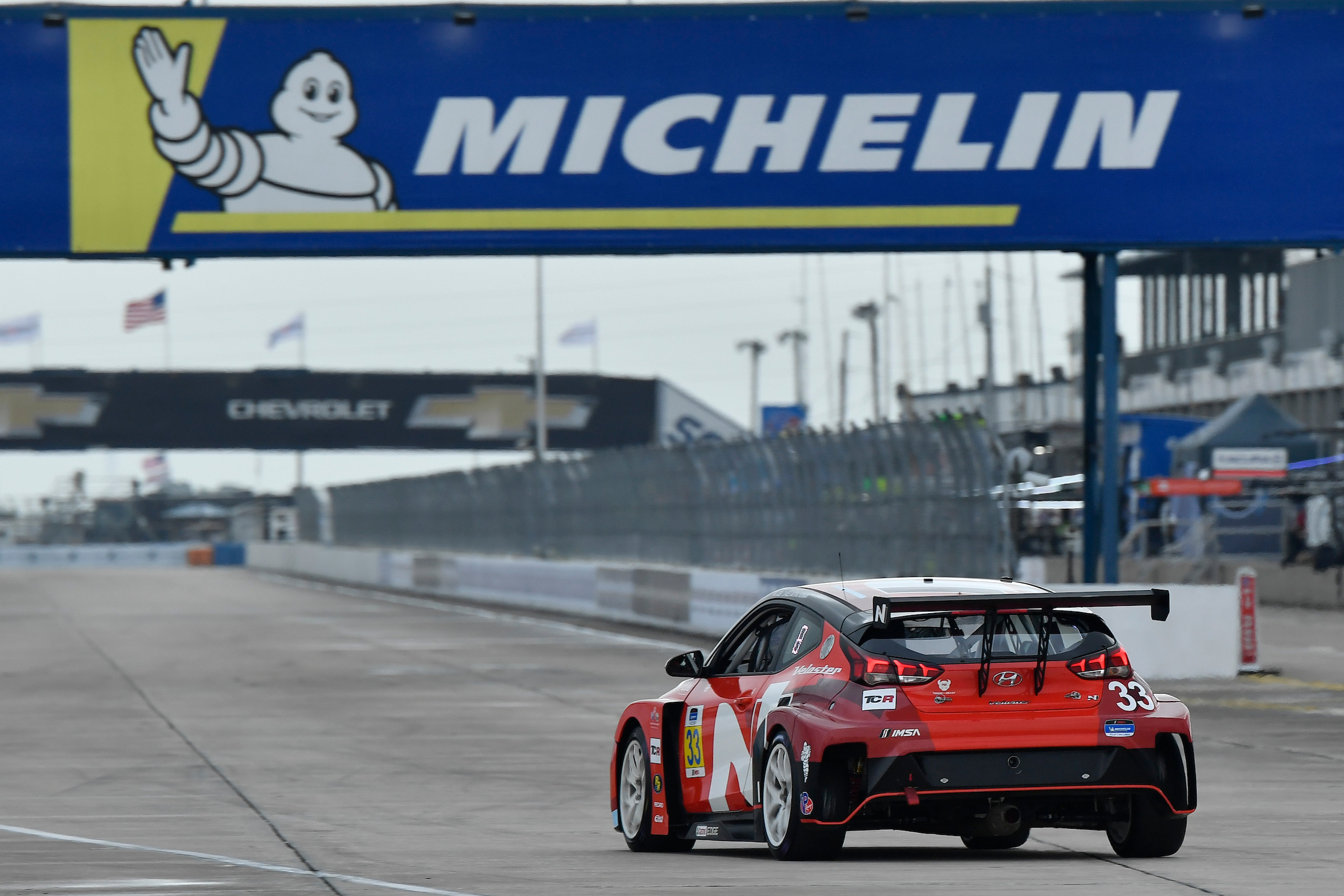 Hyundai coronated its dominant TCR campaign with yet another 1-2 finish for the pair of Bryan Herta Autosport Veloster N TCRs.

In a thrilling battle between two of its four cars, the No. 21 car of polesitter Harry Gottsacker and Mark Wilkins emerged victorious ahead of Gabby Chaves and Ryan Norman in the No. 33 car.

But while Chaves finished just 0.236 of a second behind Wilkins on the road, it was more than enough to secure the past Indy Lights champion, IndyCar series and Indianapolis 500 rookie-of-the-year the title with Norman, also an Indy Lights veteran and race winner. 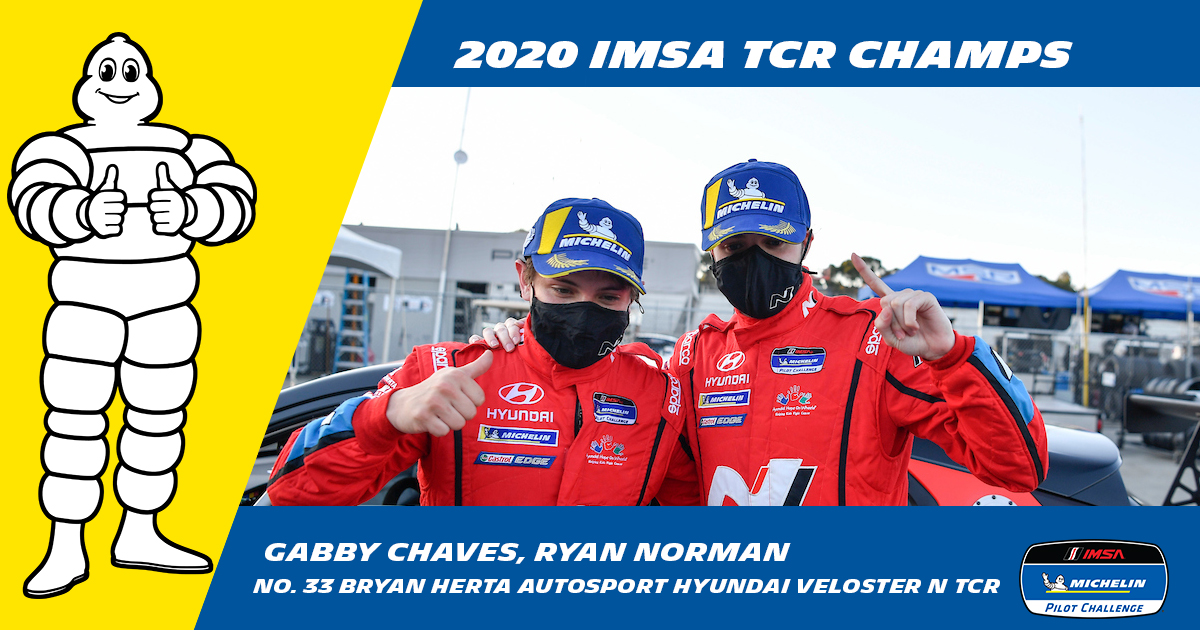 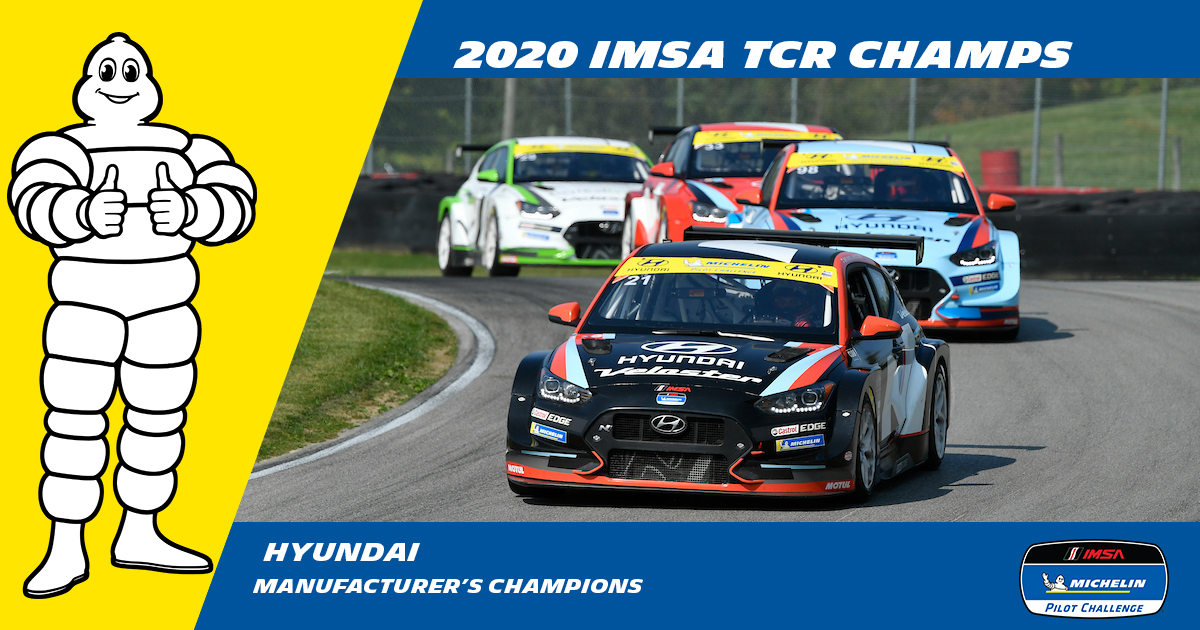 Hyundai could not be caught for the TCR manufacturer’s championship after a year when they won seven of the 10 races and had either 1-2 finishes or podium sweeps at most of those races. Audi was at least able to break up the stranglehold this race as James Vance and Max Faulkner finished third, just ahead of the lone Alfa Romeo and first Honda entered in this class.