BMW, Auberlen, Foley Double Up with Michelin at VIR

BMW, Auberlen, Foley Double Up with Michelin at VIR

This win came a day after he recorded his 61st top series IMSA victory in the WeatherTech SportsCar Championship Michelin GT Challenge, when he and Foley shared the No. 96 Turner BMW M6 GT3 in GTD. 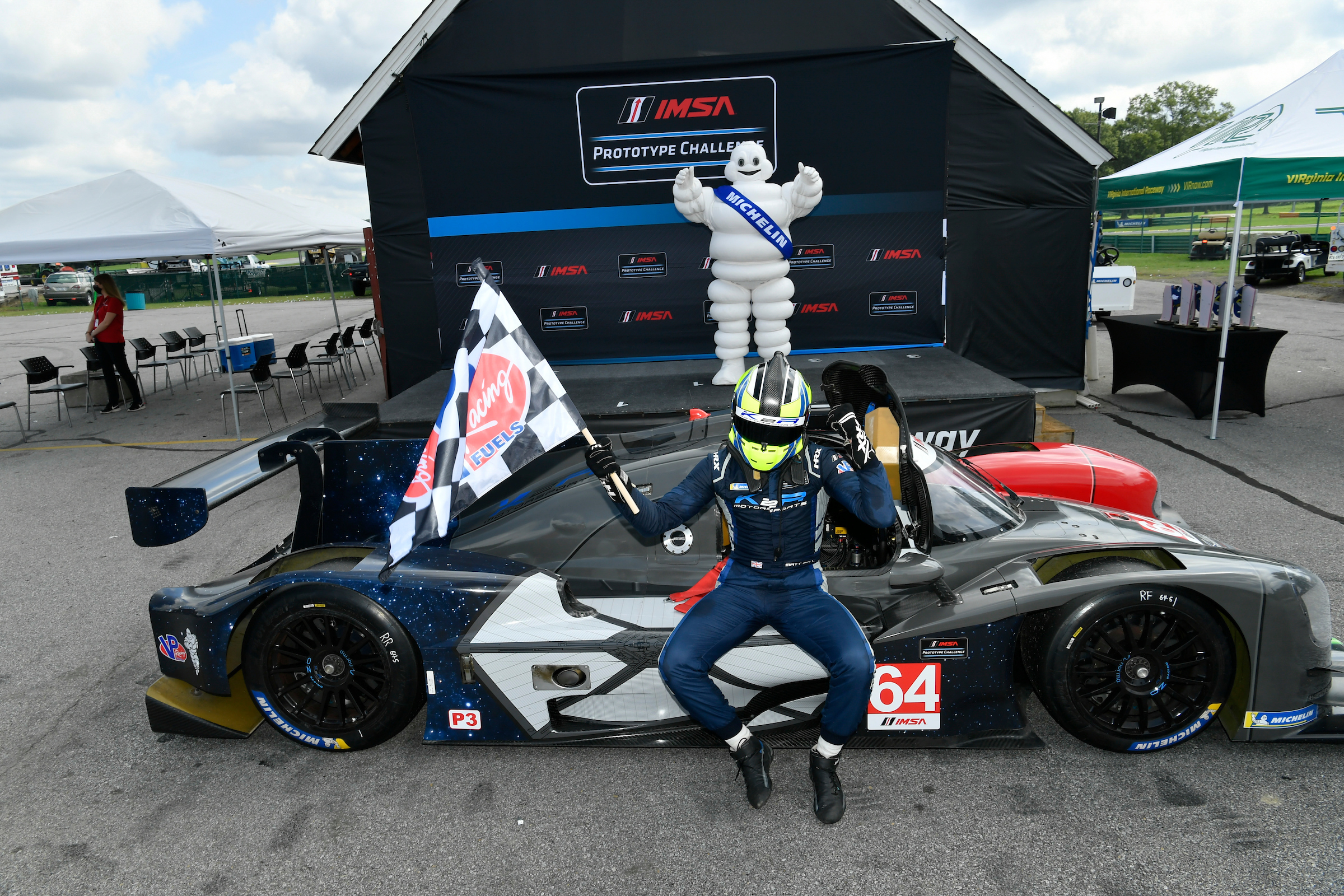 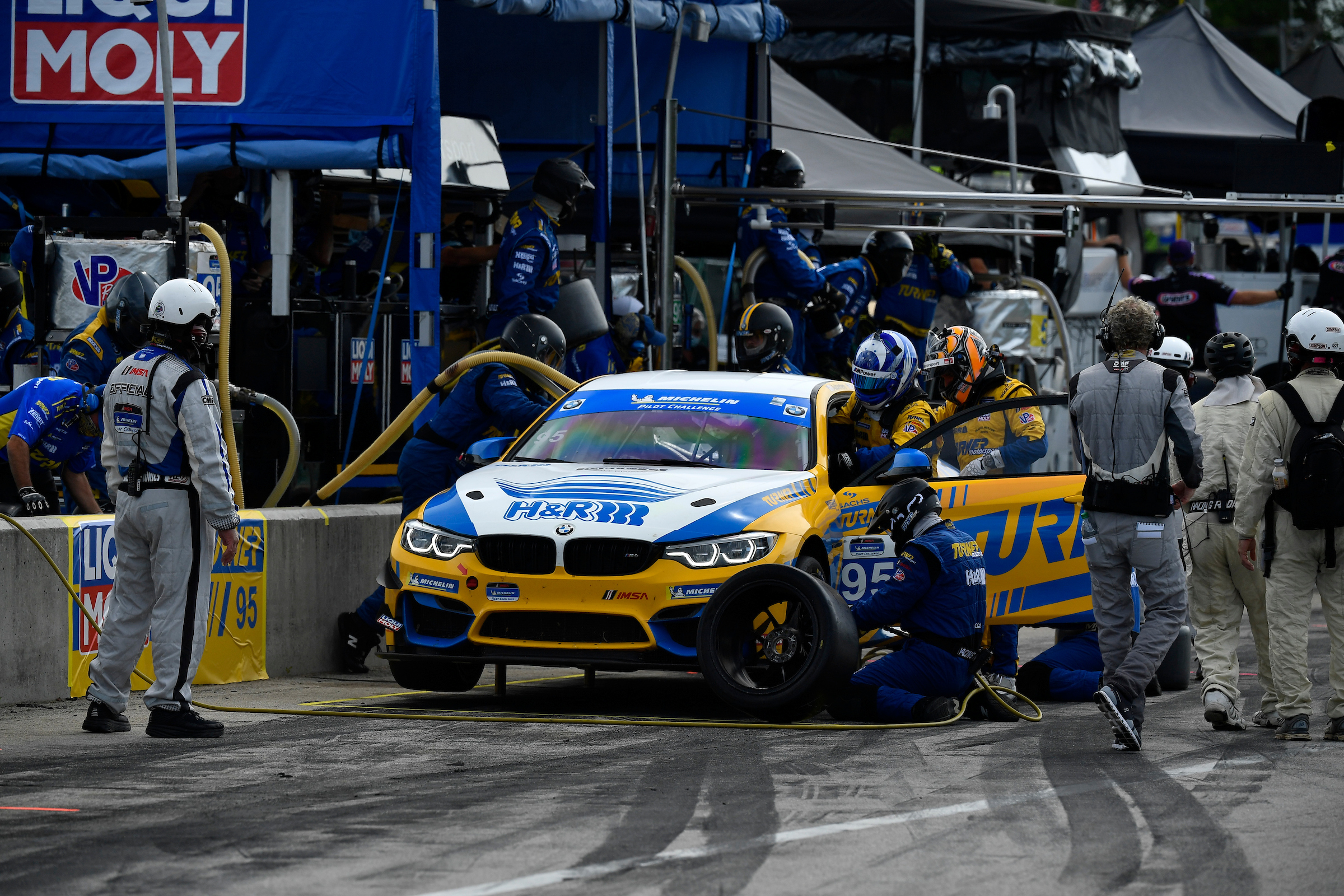 Auberlen and Foley ran a double stint on their final set of MICHELIN® Pilot® Sport GT tires – stopping for fuel only with 41 minutes remaining – while other rivals in GS took left side tires to run to the finish.

“We set up for a long, long strategy,” Auberlen said. “The tire pressures might have been low early, but at the end they came up. We were on a low downforce stetting and I had to manage this the whole race. But we had so much MICHELIN® tire left at the end, I could do whatever I wanted.”

Additionally, Foley and Vin Barletta finished third in the GS race today in the No. 96 Turner BMW M4 GT4, so Foley scored three podiums in one weekend.

They sandwiched the No. 35 Riley Mercedes-AMG GT4 of Dylan Murry and Jim Cox, who finished second. The No. 35 and No. 96 cars took left side tires on their final stops. With the top finishing Ford fourth, Porsche fifth and Aston Martin sixth, five different brands finished in the top six in GS. 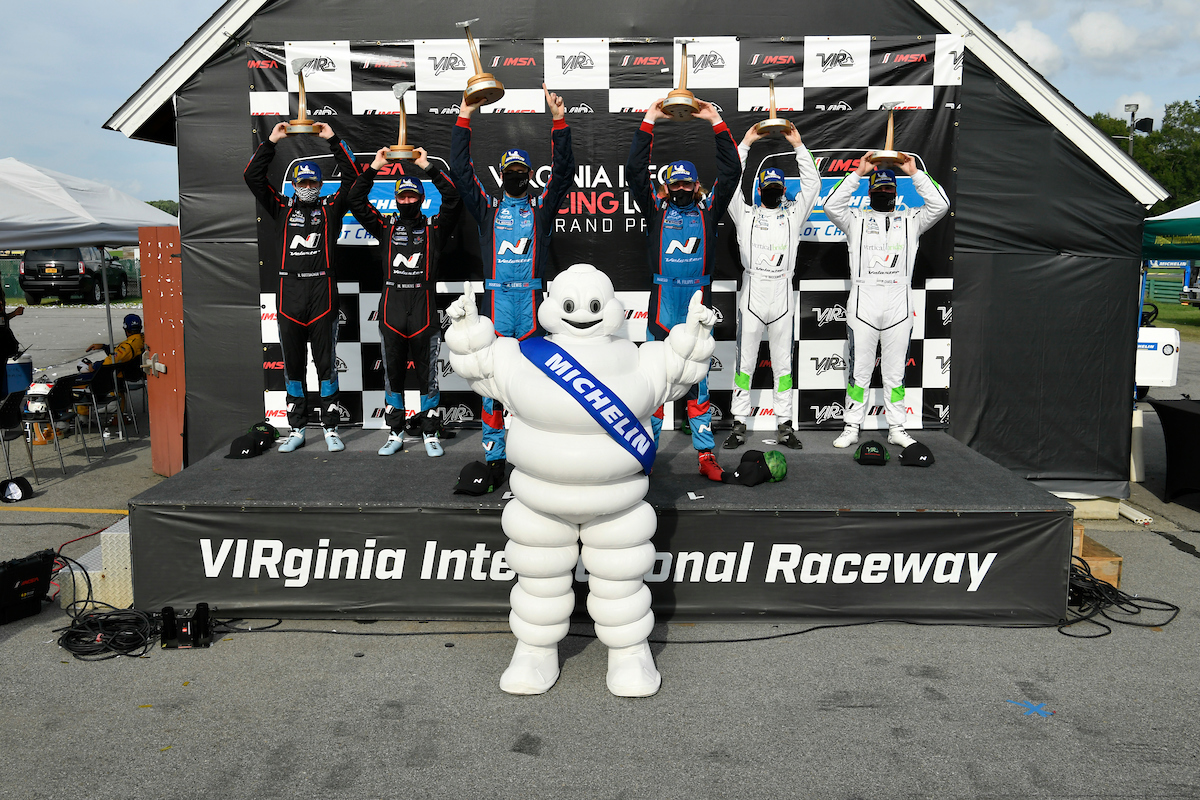 This time it was the No. 98 car of Mason Filippi and Michael Lewis scoring their first win of the season. The No. 21 car of Mark Wilkins and Harry Gottsacker finished second, with the No. 29 car of Parker Chase and Spencer Brockman in third.

Michelin congratulates the race winners of the Michelin GT Challenge weekend at VIR: