Auberlen had been deadlocked with Scott Pruett on 60 wins, but his win today at VIR in the No. 96 Turner Motorsport BMW M6 GT3 today broke that tie. Watch the broadcast of tonight’s race on NBCSN at 7:30 p.m. ET. 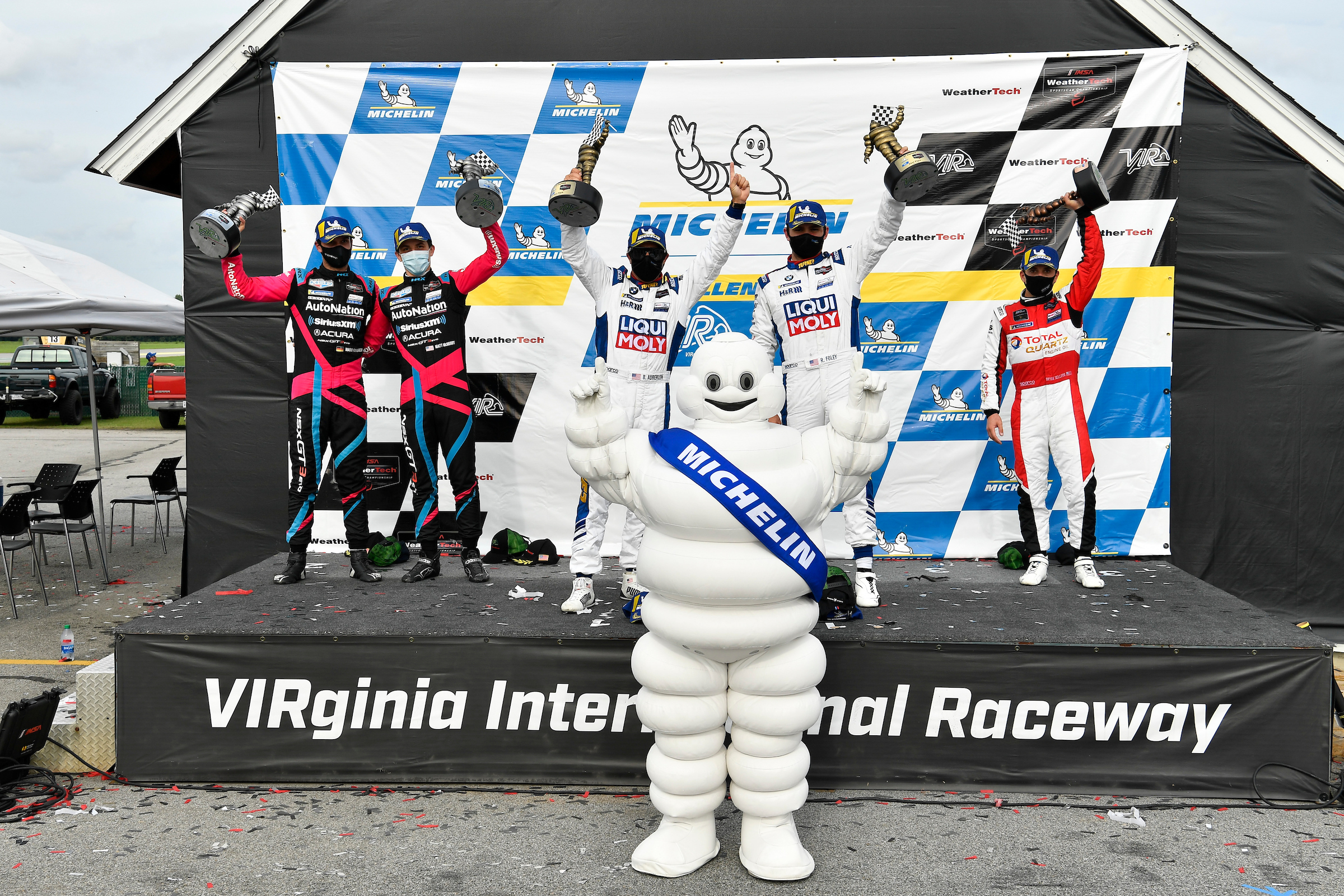 Courtesy of a strategy that saw Auberlen’s co-driver Robby Foley run long in the middle stint and then pit later compared to some of the competition in the GT Daytona class, Auberlen was able to stretch the gap and secure the victory.

Here is a bit more info on Auberlen’s record setting career, as he has raced on and off with Michelin for more than two decades. 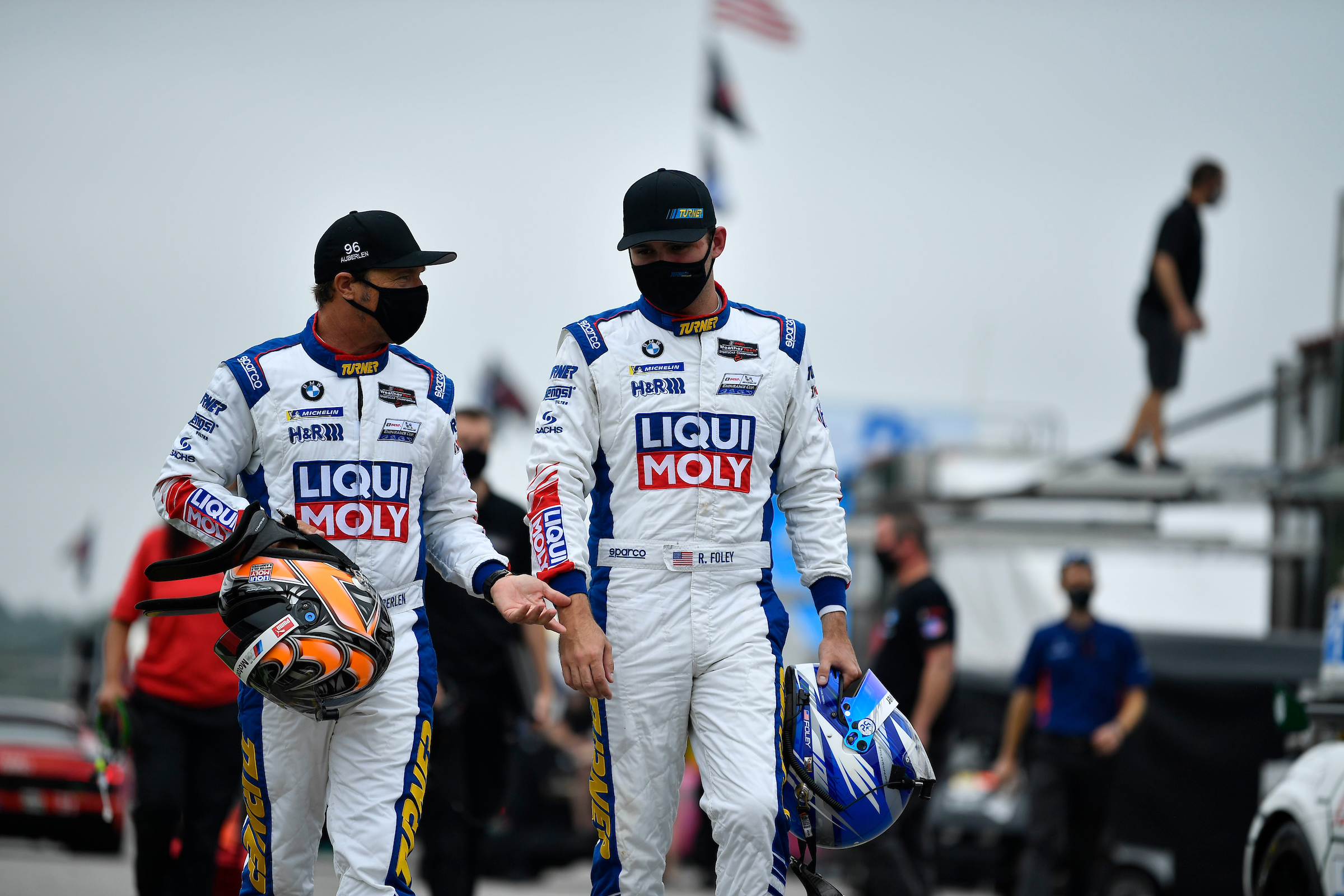 Overview: With today’s win in the IMSA WeatherTech SportsCar Championship Michelin GT Challenge, Bill Auberlen has set a record for the most victories in the top level. He was tied with Scott Pruett.

Although Auberlen set most of his wins with other tire manufacturers (mainly by virtue of the series he raced in), Michelin has been an integral part of his racing career for more than two decades.

Background: Auberlen and BMW have been joined at the hip for more than 400 races over 20 years.

A more specific breakdown is below: 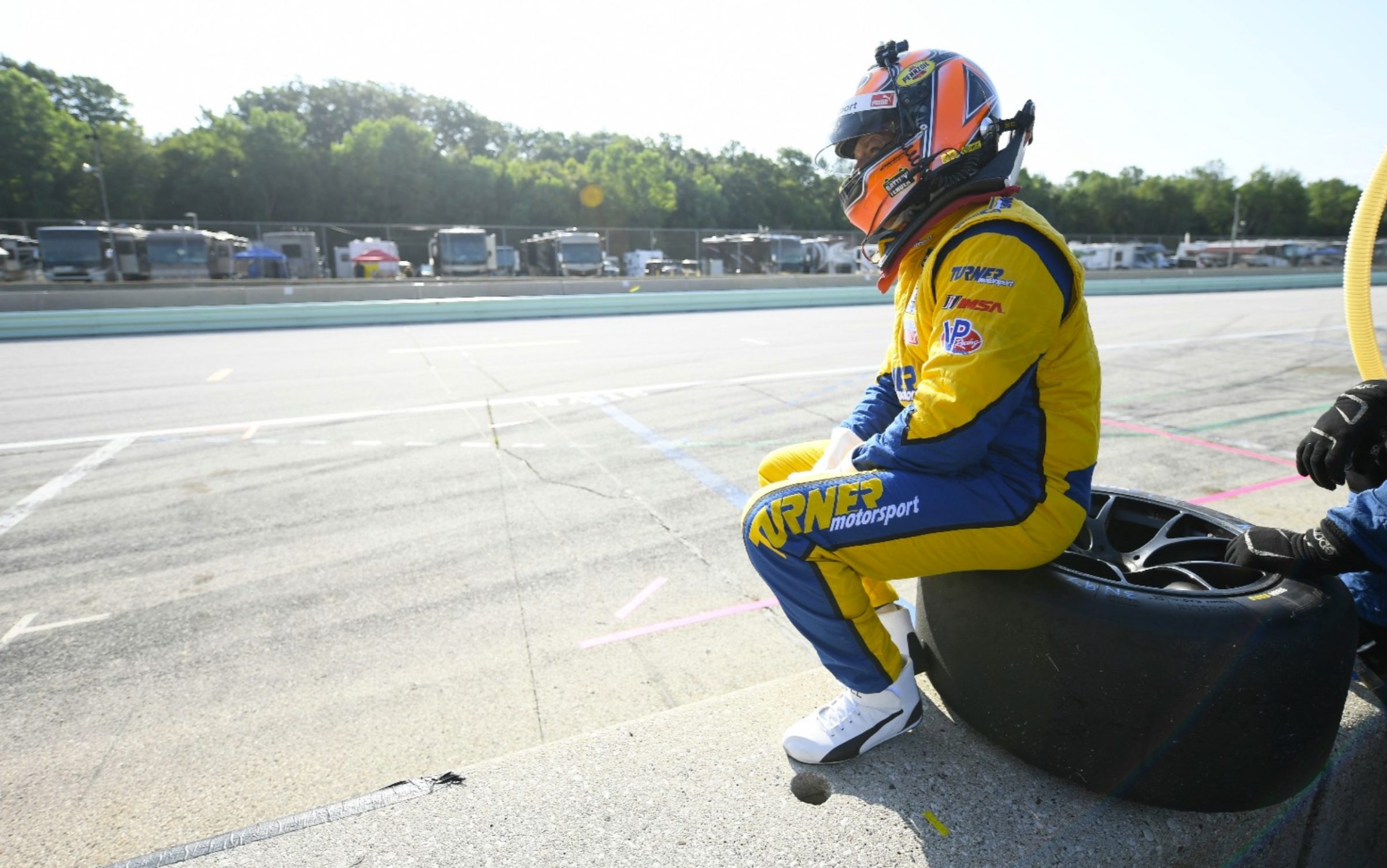 Looking in the pit lane at Road America 2019. 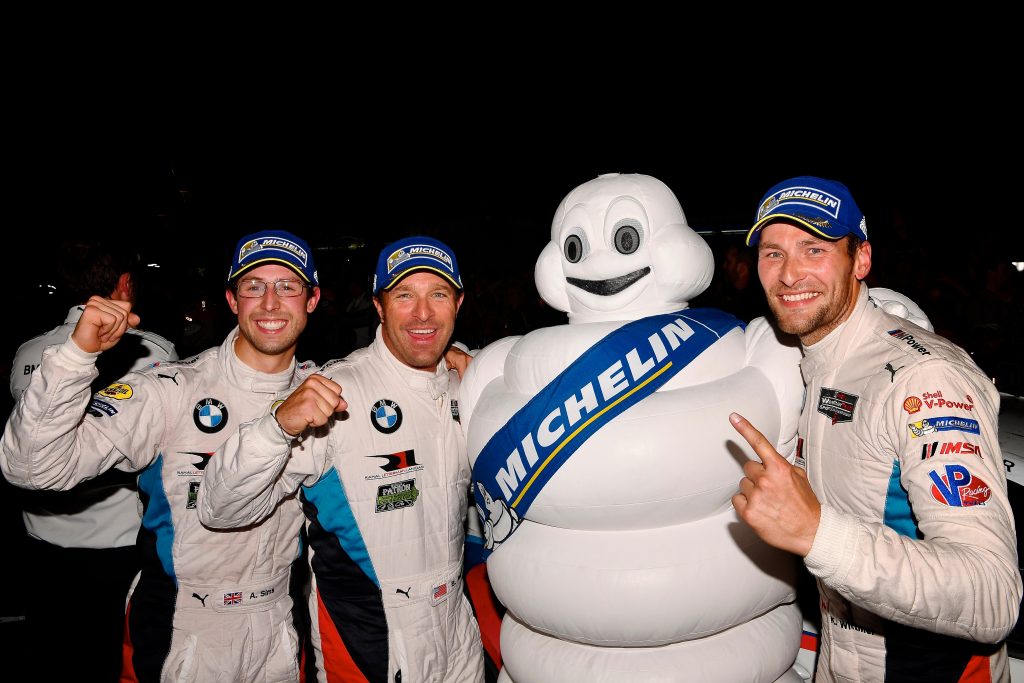 With Alexander Sims and Kuno Wittmer after the 2017 Petit Le Mans win. 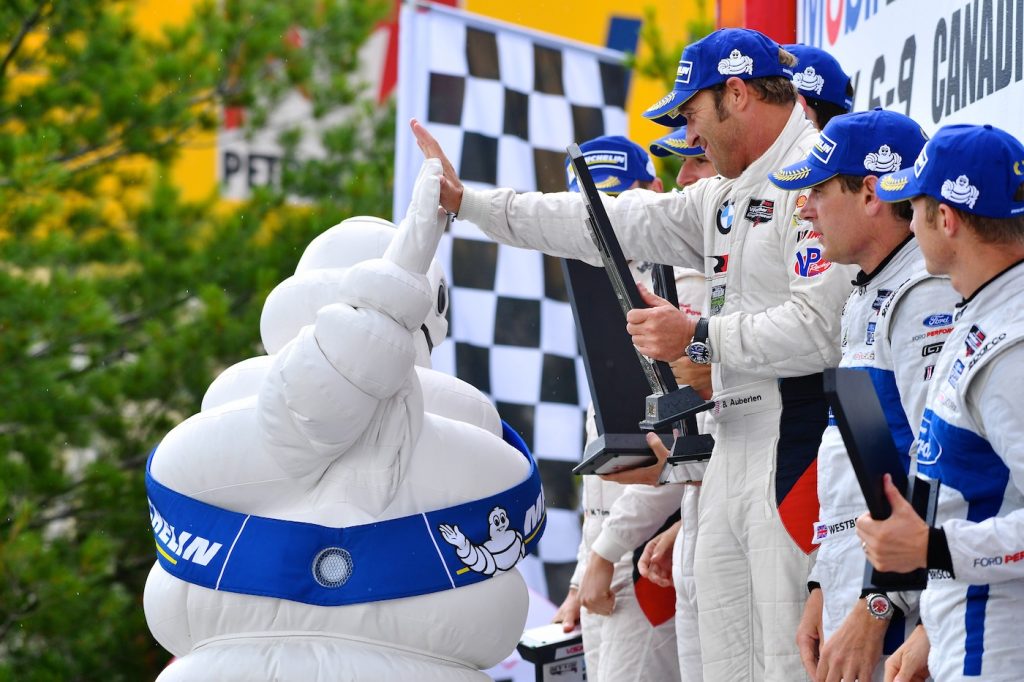 After 2017 win at Canadian Tire Motorsport Park with Alexander Sims. 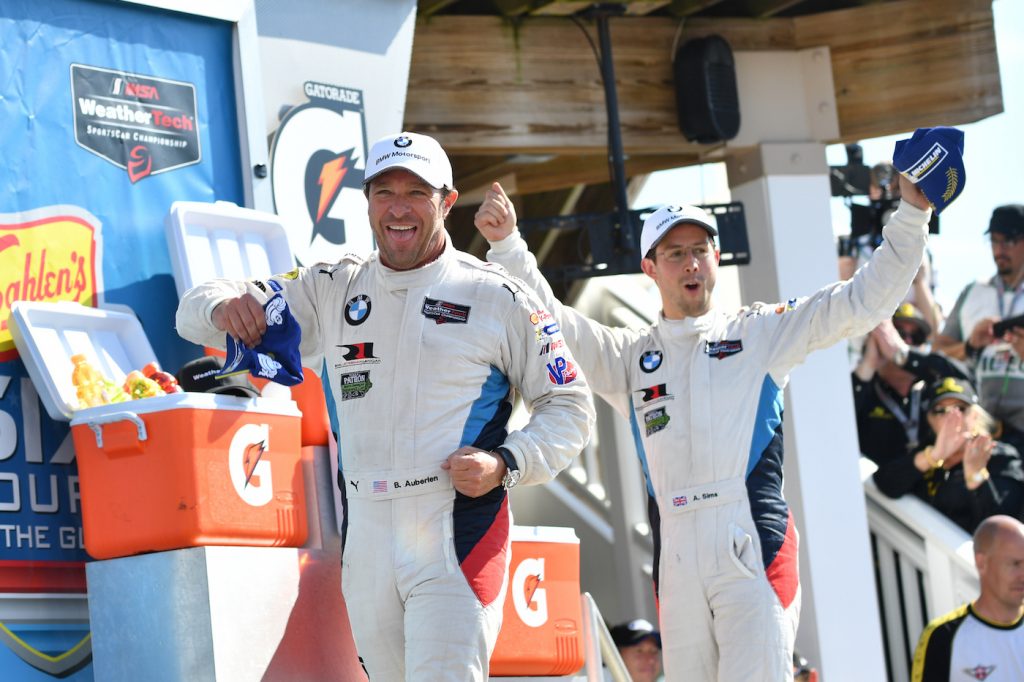 Auberlen’s first win with Alexander Sims in 2017 at Watkins Glen. 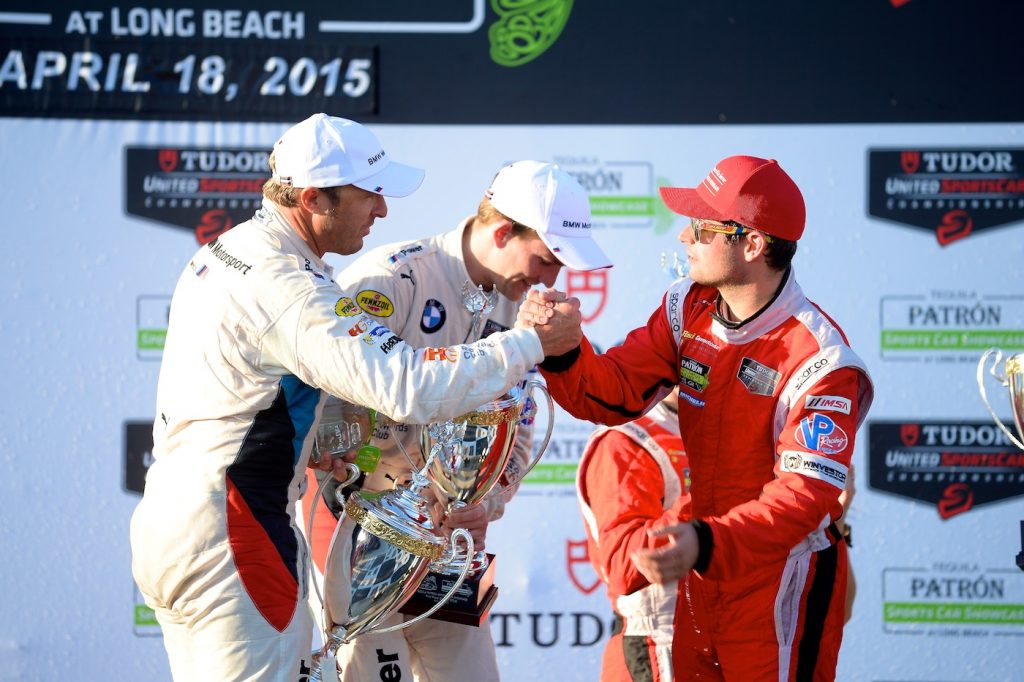 Auberlen with Dirk Werner after win at Long Beach in 2015. 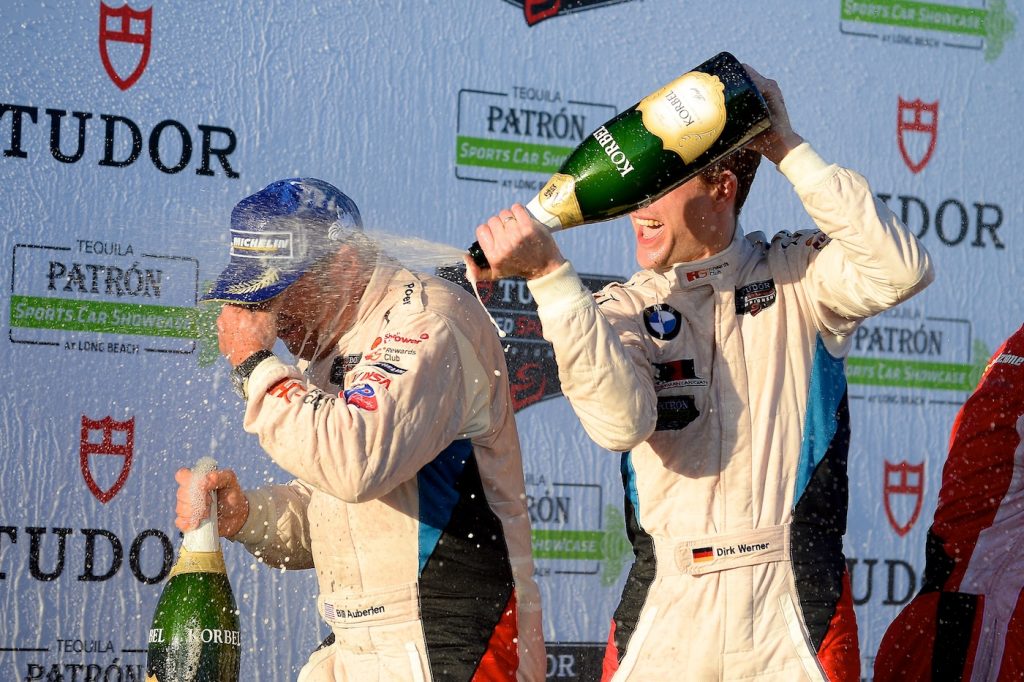 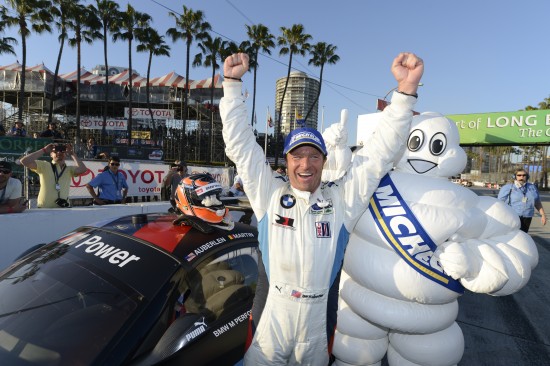 Then here was Auberlen with a win at Long Beach 2013, alongside Maxime Martin.