Braselton, GA—Nov. 13, 2021 –Michelin showed its exceptional range of race tire performance on a diverse field of entries and conditions at the final race weekend of the 2021 International Motor Sports Association season at Michelin Raceway Road Atlanta.

Track temperatures dropped to just 39 degrees for the finish of the 24th running of the 10 Hour season-ending Motul Petit Le Mans.

“In addition to an extraordinary field of cars and teams, IMSA presents the most diverse range of circuits and conditions of any major championship. We race in daylight and darkness, in heat and cold, rain or shine, on streets and a variety of permanent circuits,” said Tony Ménard, director of motorsport, Michelin North America.

“This ultimate test across conditions is why we choose IMSA as the platform to test our tires,” said Ménard. 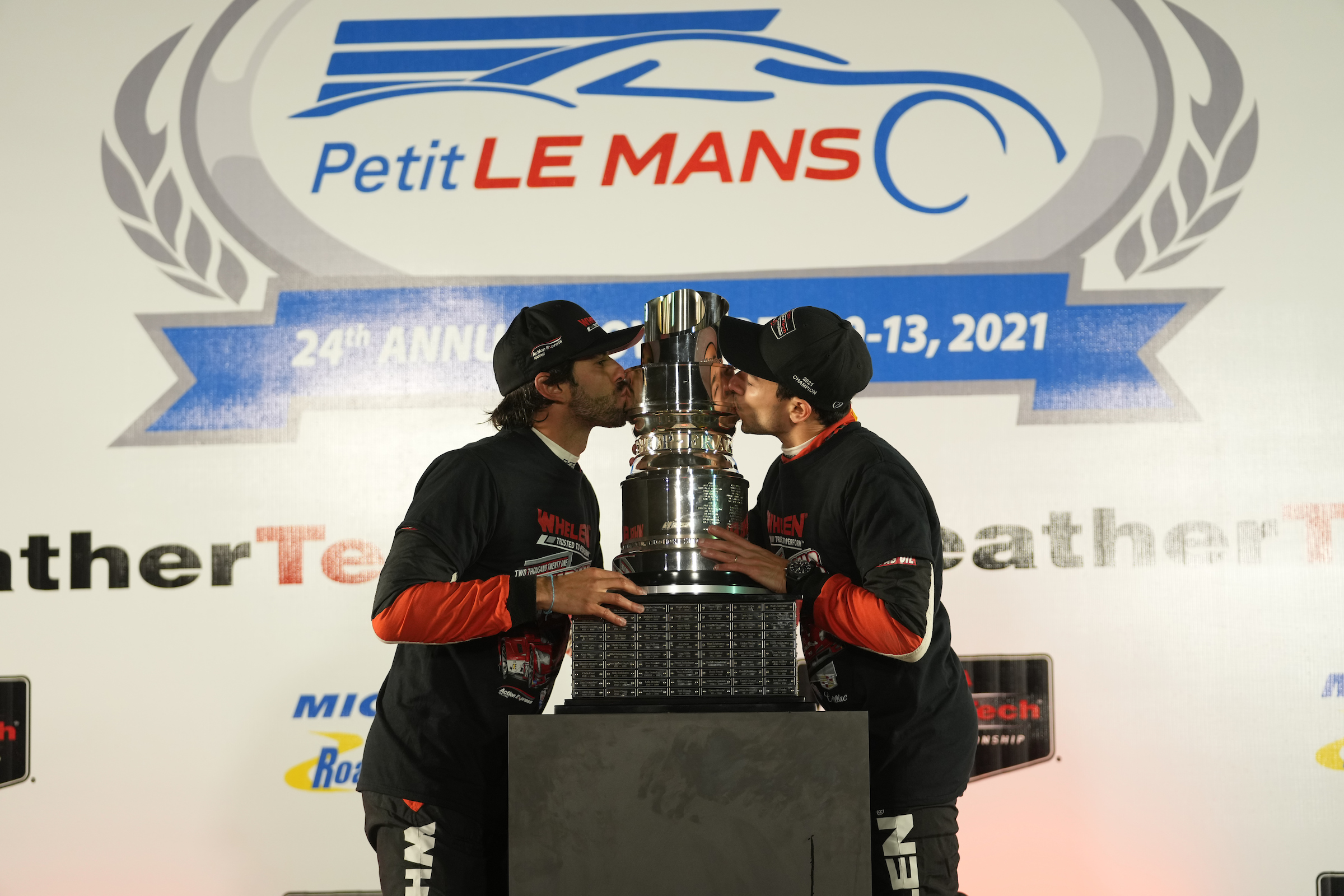 The No. 55 Mazda finished their DPi program with a victory. Harry Tincknell made the winning pass in the final 20 minutes to share the victory with teammates  Oliver Jarvis and Jonathan Bomarito.

The No. 31 Whelen Engineering Cadillac finished runner up in the race with drivers Felipe Nasr, Pipo Derani, and Mike Conway but took home the season championship. Ricky Taylor with the No. 10 Wayne Taylor Racing Acura made a bold bid for the championship title with a last lap pass, but Nasr was able to finish just ahead. 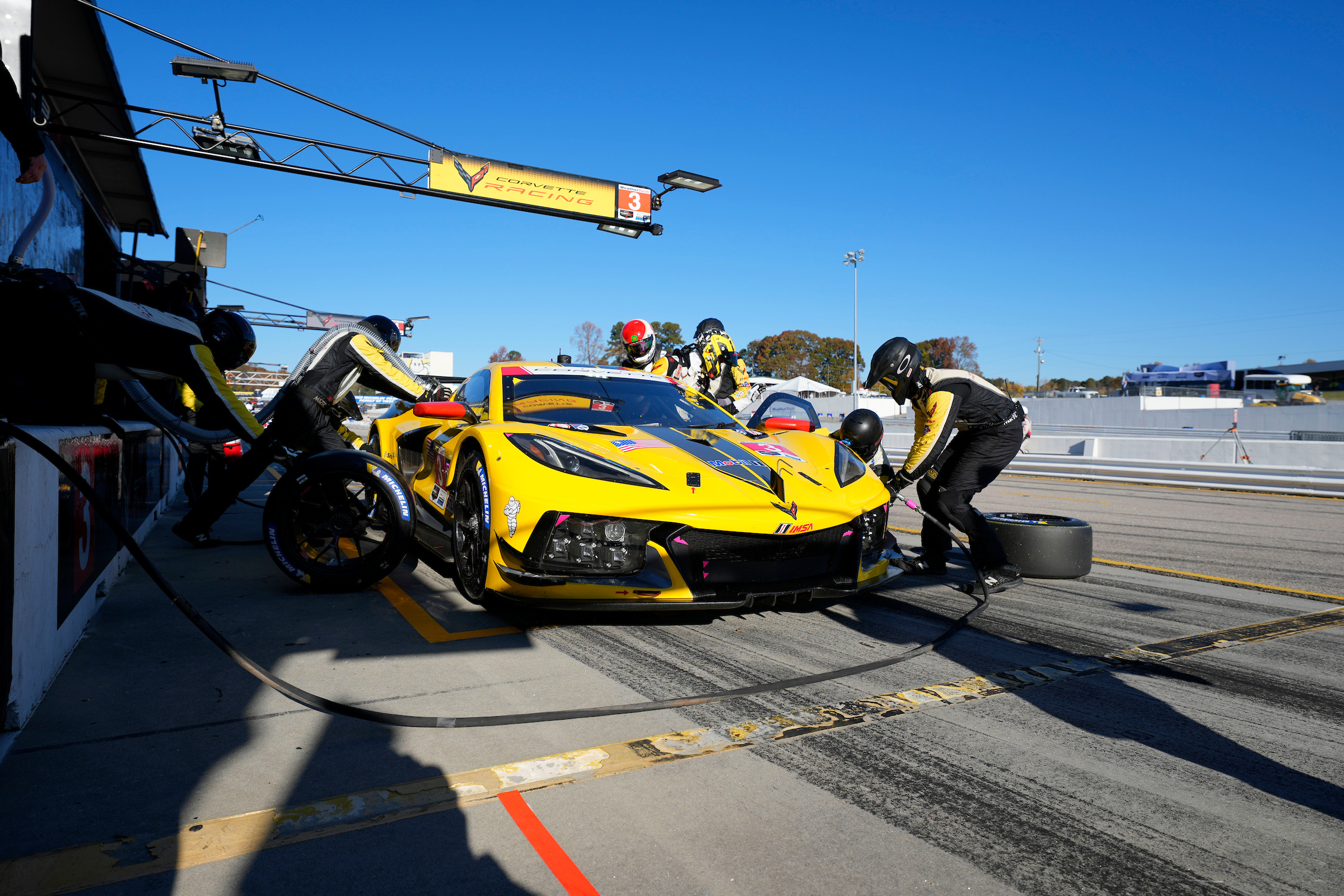 The final race of the GTLM class finished with WeatherTech Racing in the top two spots. Taking the win was the No. 79 Porsche 911 RSR – 19 driven by Cooper MacNeil, Mathieu Jaminet, and Matt Campbell.

Despite being knocked out of the final race in a crash, the No.3 Corvette C8R clinched the season championship with drivers Jordan Taylor and Antonio Garcia. 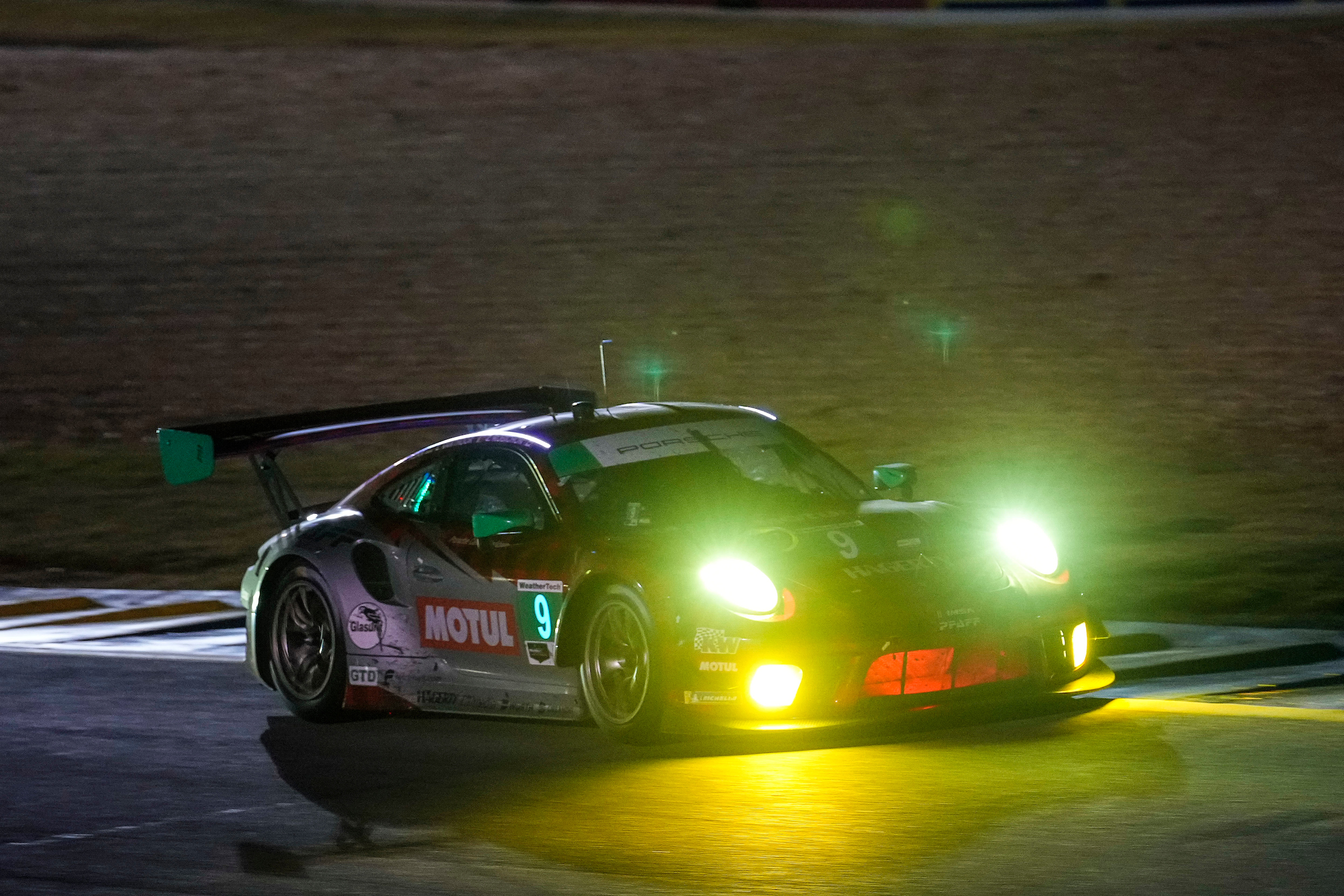 Ross Gunn, Romain De Angelis, and Ian James won the season finale in the Aston Martin Vantage GT3. This marked the Heart of Racing’s third win of the 2021 season.

Pfaff Motorsports finished runners-up in the race but are season champions with the No. 9 Porsche 911 GT3R driven by Zacharie Robichon and Laurens Vanthoor.

No. 8 Tower Motorsport took won the LMP2 class race with John Farano, Gabriel Aubry, and James French. Ben Keating and Mikkel Jensen with No. 52 PR1 Mathiasen Motorsports are winners for the season in LMP2.

No. 74 Riley Motorsports crossed the finish line in first place with Gar Robinson, Felipe Fraga, and Scott Andrews. Robinson completed the season on top of the LMP3 standings. 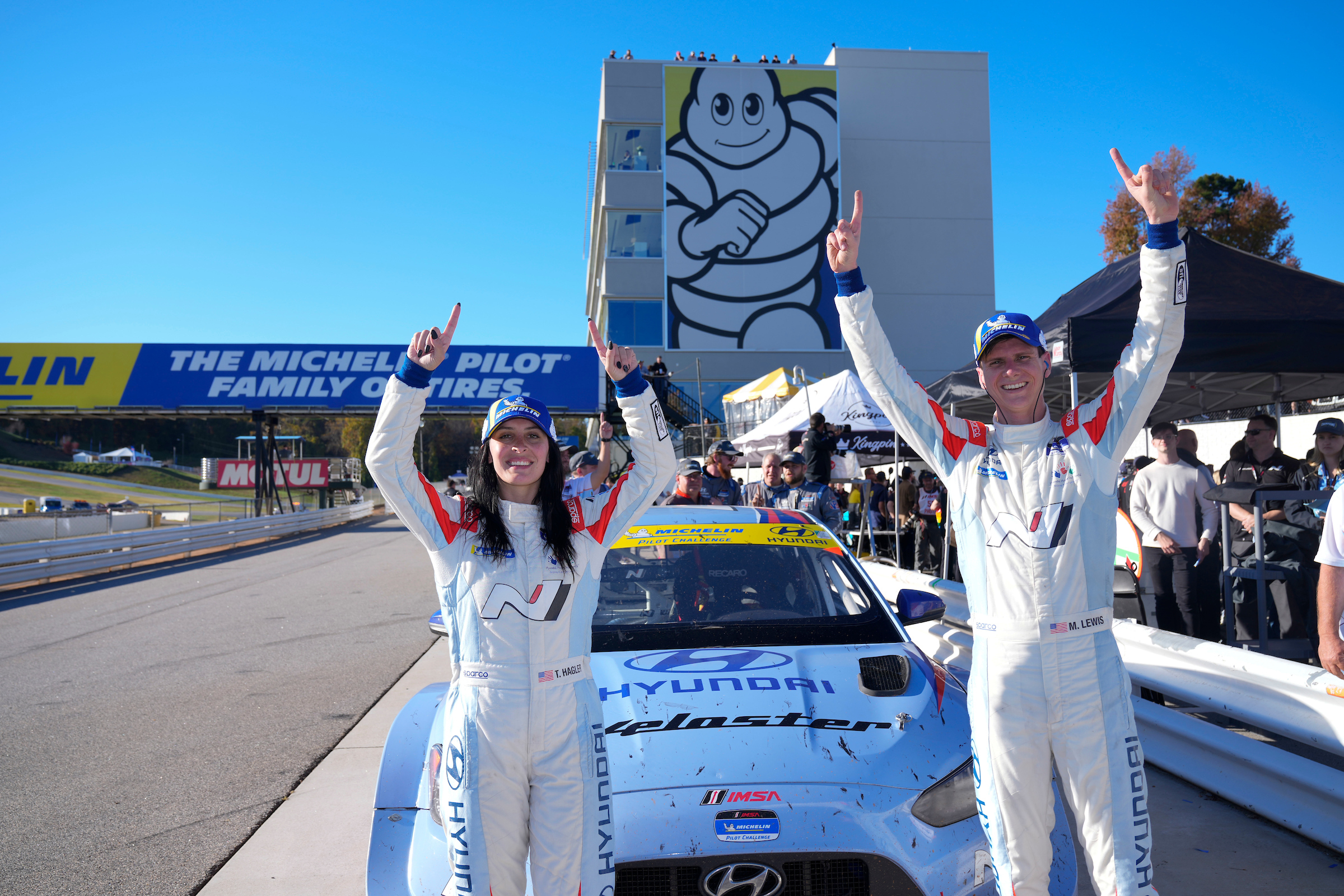 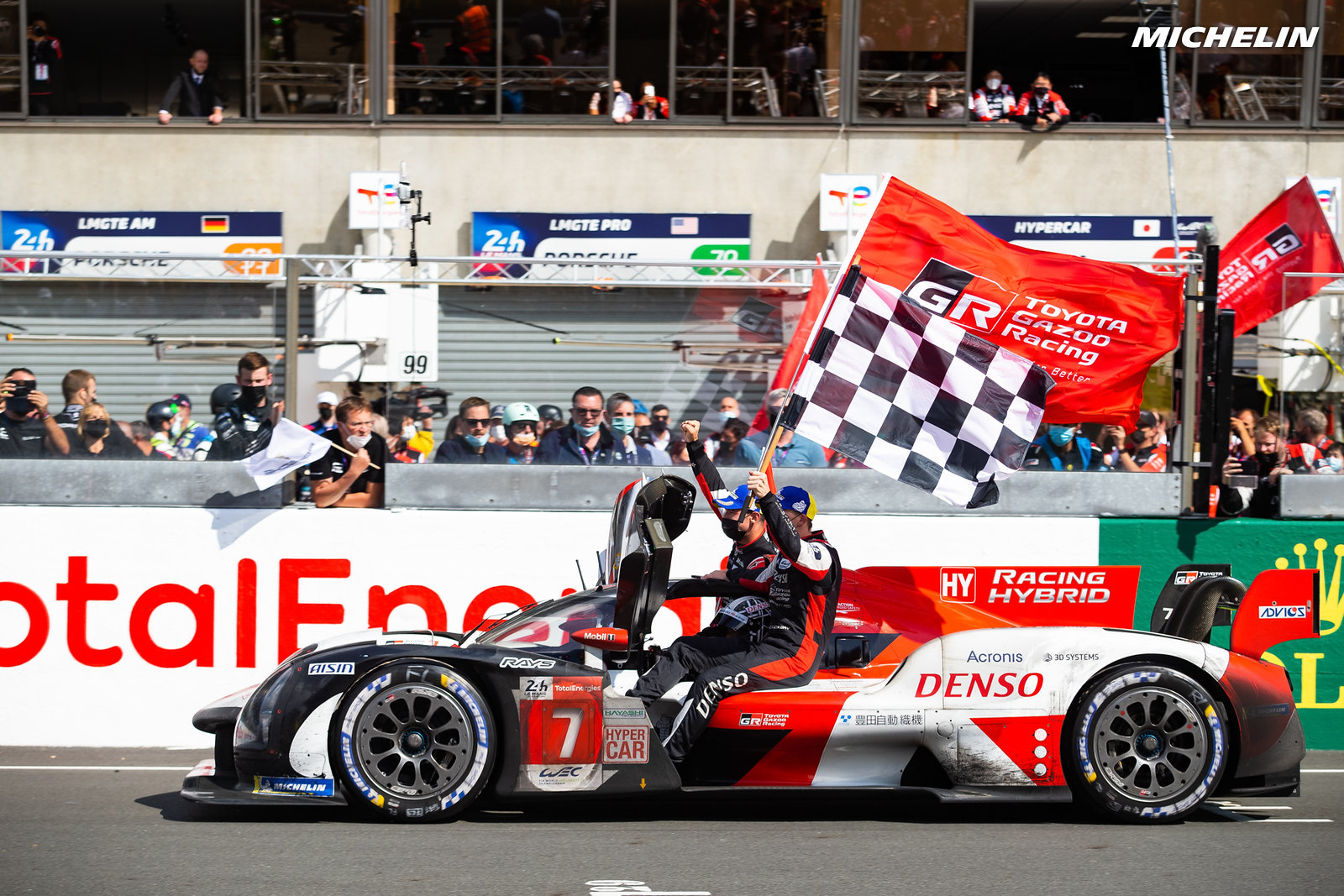 Michelin won its 24th consecutive overall Le Mans victory in 2021 thanks to drivers Mike Conway and Kamui Kobayashi with Toyota GAZOO Racing. The two suited up for Petit Le Mans in Cadillacs with Ally Racing and Whelen Engineering Racing. The two spoke to Michelin about the Le Mans victory and racing at Road Atlanta in IMSA before the race. Watch here. 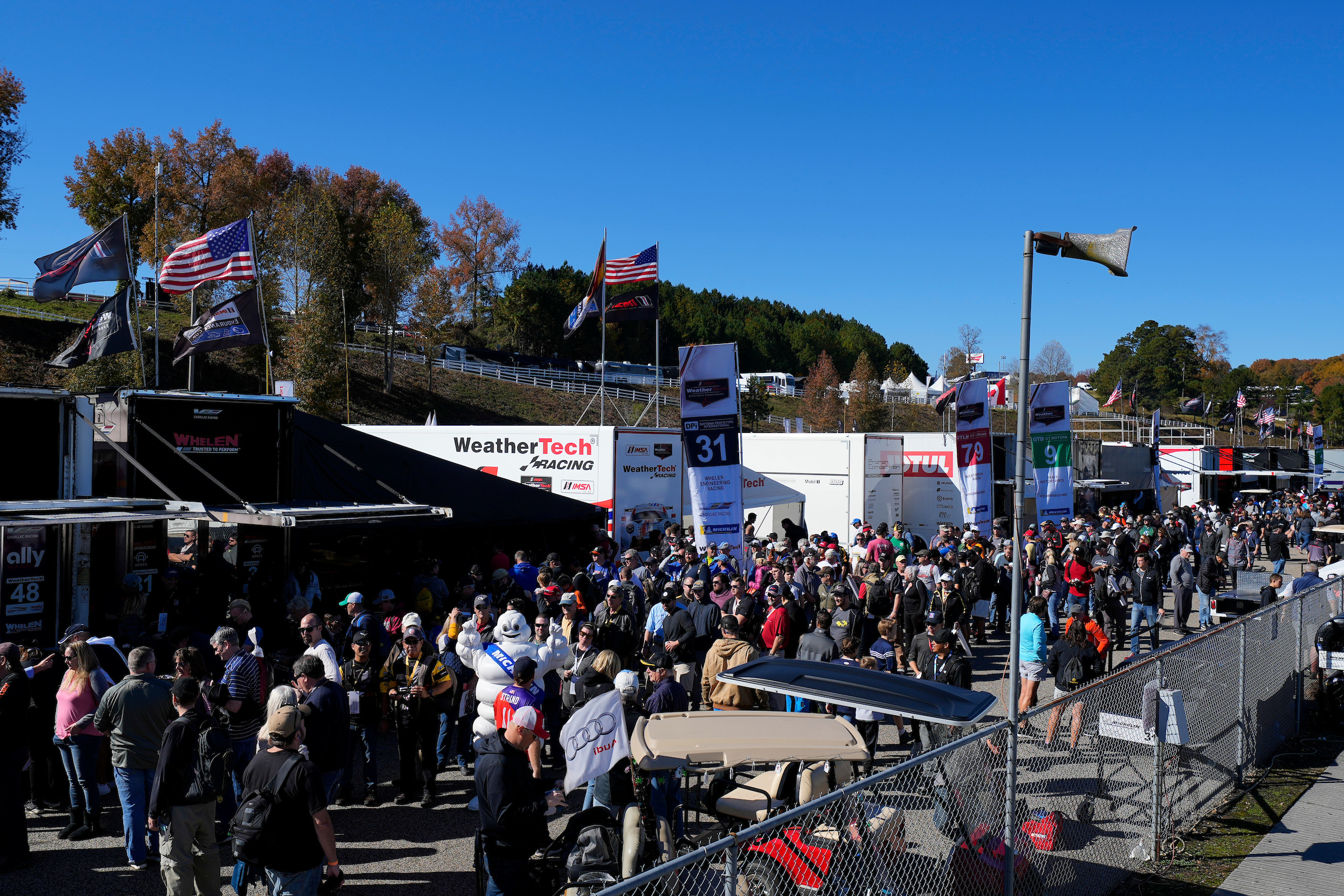 IMSA’s fan access the best of any professional sport

When fans go to a professional football, basketball, or baseball game, they need a credential to get down onto the field or court. But when fans come to an IMSA race, access to the paddock and prerace grid is open with no credential necessary. This gives fans a closeup look at the teams and drivers. Watch our prerace video here to see the perks of being an IMSA fan.

The 2022 IMSA WeatherTech Sports Car Championship kicks off with the ROAR Before the 24 from January 21-23 at Daytona International Speedway in Daytona, Florida. The WeatherTech Series qualifying race can be seen on Peacock.